Yahoo Sports Scores at NBA Crossover with a High-tech Retrospective 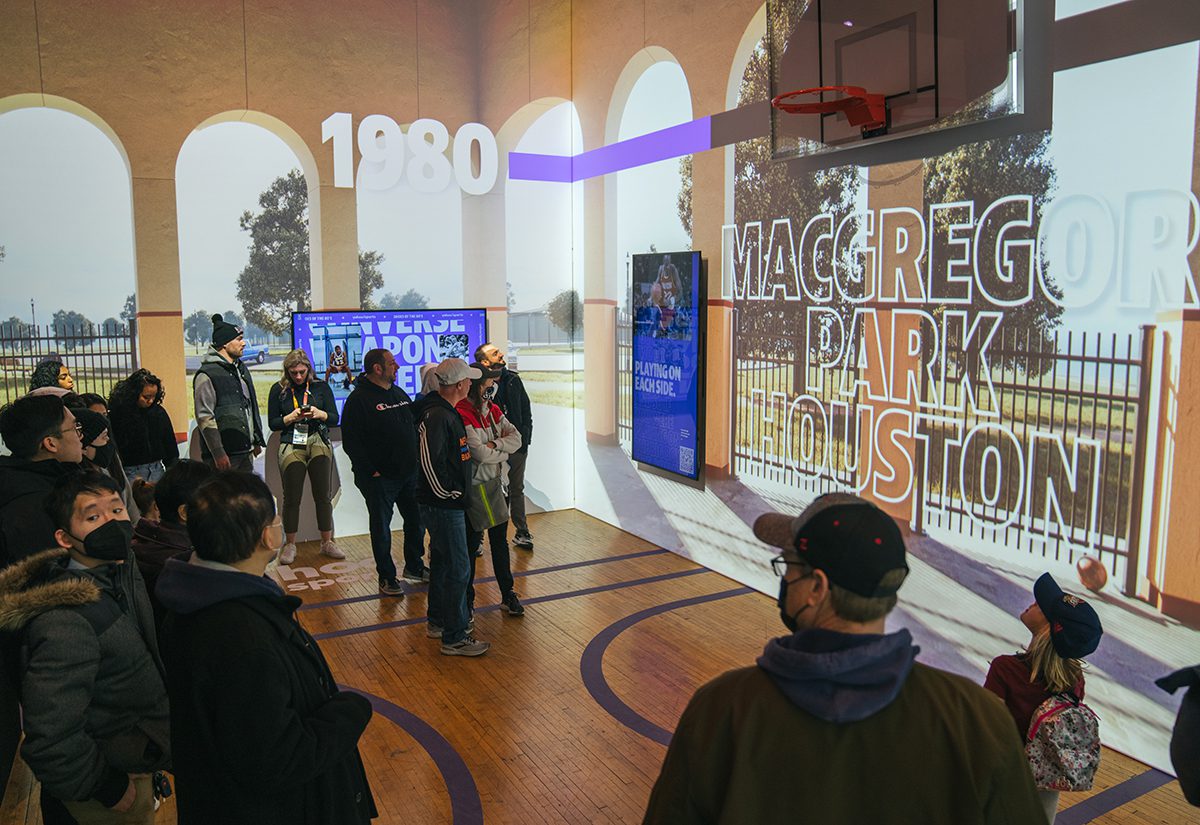 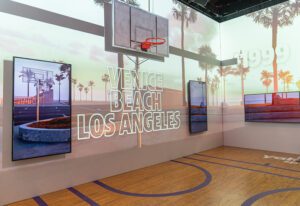 Yahoo Sports gathered basketball fans on the court for “The First Bounce” retrospective experience highlighting heroes over four decades, from the ’60s to the ’90s. The program took place at NBA Crossover, a tentpole fan event highlighting the intersection of the NBA, pop culture and technology that attracted an array of sponsors as part of NBA All-Star Weekend, Feb. 18-20, in Cleveland.

The activation featured four cities, each highlighting a different decade: Jackson Park in Chicago (1960s); Rucker Park in Harlem, New York City (1970s); MacGregor Park in Houston (1980s); and Venice Beach in Los Angeles (1990s). The experience took place in one room featuring wall vignettes that changed every two minutes, enveloping fans in 360-degree projections. Images included basketball courts recreated at scale where players like Isiah Thomas (who made an appearance on the Chicago court) stood before they became famous.

Spatial-audio technology replayed the sounds of basketball games while music, narrations and supplemental content conveyed the significance and story of each city’s court. The walls in each area also showcased projections of musical, cultural and environmental elements that influenced the history of basketball. For a deeper dive, QR codes within the space led fans to a microsite featuring long-form videos, editorial content and music playlists specific to each decade.

“For over 20 years, Yahoo Sports has been the go-to destination for both casual and die-hard fans, offering everything from non-stop coverage of their favorite teams, to Fantasy Basketball to gaming and now betting opportunities like Daily Fantasy and Yahoo Sportsbook,” says Joanna Lambert, president and general manager at Yahoo. “We took our 360-degree strategy of offering both casual and die-hard fans everything from scores and stats to free and paid gaming opportunities and created a physical version of that, literally immersing fans into an experience.”

Step back in time on some of the most iconic courts ➡️ https://t.co/nat3s1T0JO pic.twitter.com/HLHONkBCH1

Thousands of fans engaged with Yahoo Sports during the NBA Crossover activation with some attendees visiting the site multiple times, according to Lambert, who says that the experience was an opportunity for Yahoo to grow its digital presence and connect with Gen Z consumers in a more interactive style. As an official partner of the NBA, Yahoo aimed to celebrate the league’s 75th anniversary in a way that offered fans an entirely new historic basketball experience.

“The possibilities are endless,” Lambert says. “We are focused on continuing to innovate and create experiences that really resonate with the youth zeitgeist as we focus on continuing to grow our Gen Z audience. We are constantly iterating on formats of the future and how best we can help brands connect to their consumers.”

Check out more scenes from the NBA Crossover activation: