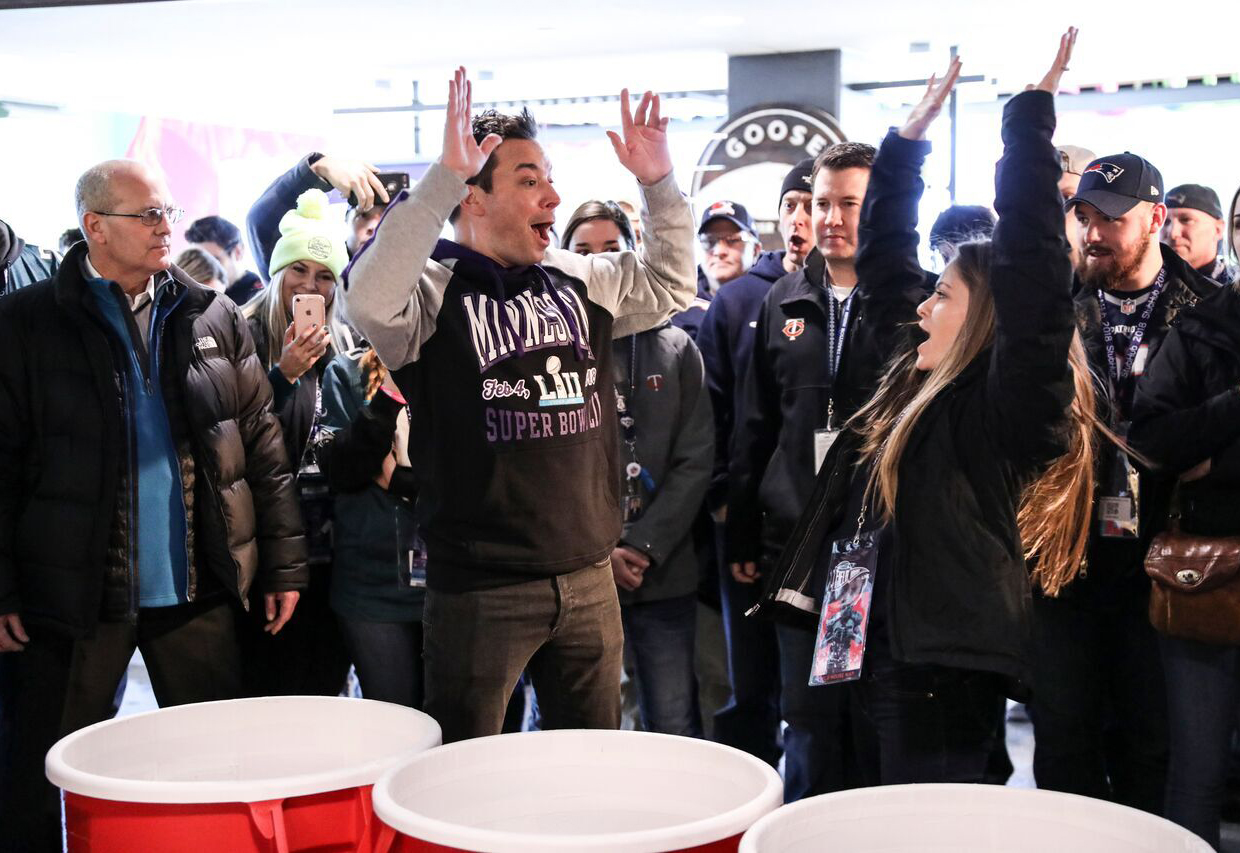 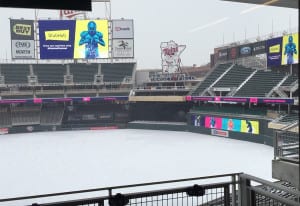 Fans got the opportunity to take in unique views of Target Field.

The Super Bowl marks StubHub’s largest event of the year, an opportunity to transform the act of handing over tickets that fans have ordered to the big game into a brand engagement. Each year, StubHub is charged with leveraging a physical location at which fans can pick up those tickets (Super Bowl tickets cannot be shipped). And this year, the brand took over the Minnesota Twins’ home ballpark, Target Field, where it created a multi-level football fan paradise dubbed the StubHub Live: Field House.

The venue allowed StubHub to manage the detail needed to coordinate the private event—this year, for 8,000 StubHub customers—including security, space and internet access.

“As we started to think about this concept and what this experience could be like, we looked at the city of Minneapolis and the fact that it’s a great sports city, they love their hometown teams, especially the Twins and the Vikings, and so we decided to bring as much as that sports-centric football culture into a baseball stadium,” says Justin Finn, head of event marketing at StubHub. “The main goal for this event was, we’ve got this great stadium, we’ve got this really passionate group of fans both locally in Minnesota as well as from the participating [Super Bowl] teams, how can we make this experience so much more than picking up your ticket and going to the game.”

StubHub did so with access—access to all of the nooks and crannies of a stadium that sports fans can appreciate. StubHub ticketholders arrived like they would arrive at a Twins game, in their car and parking, by Uber or light rail, and entered the facility where they were guided to pick up their tickets to the Super Bowl LII. From there, they could explore the many offerings and engagements across the stadium.

These included an activation in the Minnesota Twins Clubhouse where StubHub transformed the locker room into a football locker room, with each locker representing one of the 32 teams who play with the NFL (NFC on one side, AFC on another). Fans could walk up to the locker corresponding with their favorite team and snap a photo via roaming professional photographers with all the branded gear displayed inside.

In the stadium batting cages, fans threw footballs with former and current NFL players, rather than hit baseballs. In the dugout, fans were able to take in unique views of Target Field (with 18 inches of snow on the ground, no less) and then have their photo taken—sitting in the dugout, and then, a second photo of their image projected onto the JumboTron in the stadium.

Elsewhere, fans could check out the exclusive Delta SKY360° Club level where there were tailgate games, high-end hospitality experiences and a face-painting activation. On the third level of the stadium, the private suite level, there were athlete meet-and-greets featuring NFL greats Jerome Bettis, Randall Cunningham, “Mean” Joe Greene, Jim Kelly, Todd Gurley and Golden Tate. Throughout the day, fans could get in line, receive a free picture and a piece of autographed merchandise by the player.

“This Super Bowl event is something we’re really proud of because it is us living our brand purpose, which is to connect people through live experiences and it allows us to create an experience that is in addition to the great day you’re about to have,” Finn says. “It is so much more than being able to go and pick up your ticket, it’s the ability for us to be part of your memory or that day and for us to be part of the story you’re going to tell later on down the road.” Agencies: Zag Marketing, Gillette, NJ; Mosaic, Dallas.