Study: How Brands are Addressing the War on Plastic – Event Marketer 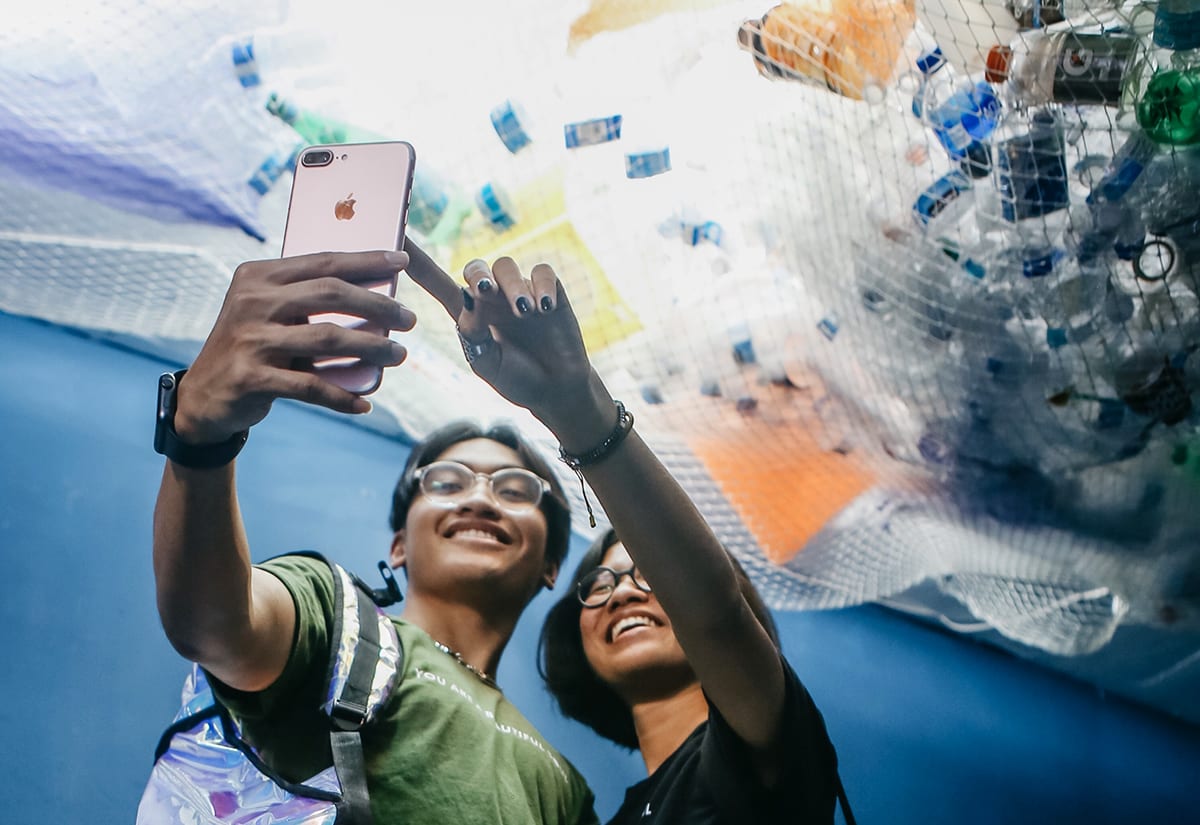 Study: How Brands are Addressing the War on Plastic 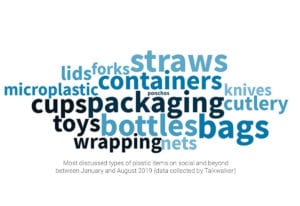 The most discussed types of plastic items on social media from January to August 2019, according to Talkwalker.

It’s no secret that plastic waste is wreaking havoc on the planet, and the fact that the material takes more than 400 years to degrade is adding insult to injury. Indeed, a staggering 91 percent of plastic ends up as trash, and experts predict that by the middle of the century, our oceans will contain more plastic waste than fish. It’s a topic that companies can’t overlook, and many are taking action—brands from Patagonia to Lush shut down their stores in support of the recent Global Climate Strike, and Bacardi and Lonely Whale turned plastic straws into vinyl at this month’s Life is Beautiful festival, to name a few. And according to the No Plastic Report by social media analytics company Talkwalker, plastic waste has become such a critical subject that brands are fighting for mindshare in how they address it.

The study features analysis of more than 3.2 million plastic mentions and related hashtags (think: #PlasticPollution, #Trashtag, #ZeroWaste) published in 2019 on news sites, blogs, forums and social media that showcases the trend from a social data perspective. Here’s a breakdown of the key findings and what event marketers can learn from them.

McDonald’s heart sounded like it was in the right place in 2018 when the brand announced that it would eliminate plastic straws across its UK and Ireland-based restaurants in favor of paper ones. By spring of 2019, McDonald’s had made good on its word, but social media sentiment showed not all consumers were impressed. The initiative generated more than 53,000 social mentions, but as it turned out, many of them were negative, with users pointing out how quickly the paper straws turned into a soggy mess. Thousands of customers in the UK even signed a petition to bring the plastic straws back so they could drink their milkshakes “proper.” McDonald’s responded with a thicker version of the paper straws—but they were no longer recyclable.

INSIGHT: The initiative began as a noble concept, but the lack of sufficient research on a viable replacement for plastic straws—in two separate instances—made it feel more like a spectacle than an honest step toward eliminating plastic waste. (The good news: McDonald’s is still in search of a sustainable solution, evidenced by a 10-day experiment in Germany in which the brand ran a plastic-free restaurant. We think that sounds like an interesting activation idea, too.)

Eliminating plastic straws or other single-use plastics is a huge step in the right direction, but many of the brands that have found success in the sustainability space are those that have a comprehensive strategy in place that covers a broader scope, backed by actionable goals. Marriott took the approach in August, announcing a wholistic sustainability initiative that aims to reduce the brand’s landfill waste by 45 percent, and responsibly source its top 10 product purchase categories by 2025. Following Holiday Inn’s lead, Marriott’s efforts include eliminating everyone’s favorite hotel perk—those tiny, perfectly fit-to-steal toiletries. Why? In a single year, Marriott’s 7,000-plus properties send 500 million of the tiny plastic bottles to the landfill.

INSIGHT: Marriott received mostly positive social sentiment regarding its strategy, much of which can be attributed to the larger context in which the brand is addressing plastic waste and sustainability (no “one and done” here). To maintain its success, Marriott will need to actively showcase its commitment to reducing plastic waste by continuing to establish clear goals that support its intentions. The hotel’s customers have recently been calling for the elimination of single-use plastic glasses, plates and cutlery—the perfect opportunity to set an objective that specifically addresses that concern.

When Swedish activist Steven Reinhold realized in 2015 that his hiking trips were being trashed by, well, trash, he set out on a social media-fueled mission to encourage cleanup efforts. Reinhold launched his #Trashtag project by asking people to post photos of their wilderness cleanups on Instagram. Unfortunately, the hashtag made little headway. Then, in March of this year, the project suddenly went viral. Arizona resident Byron Roman had translated the #Trashtag messaging he had discovered from Spanish to English—and gamified it. Roman invited parents to challenge their “bored teens” by encouraging them to post before and after photos of their cleanup efforts on Facebook. It has since been shared over 340,000 times.

INSIGHT: Like the #IceBucketChallenge and many other social media contests of a similar nature, #Trashtag caught on because it was gamified and gave consumers a chance to show off their charitable efforts (does the power of the selfie know no bounds?). Addressing a topic like plastic waste, which is essential but not exactly sexy, by inciting some friendly competition is always likely to deliver a bigger impact than a passive strategy.