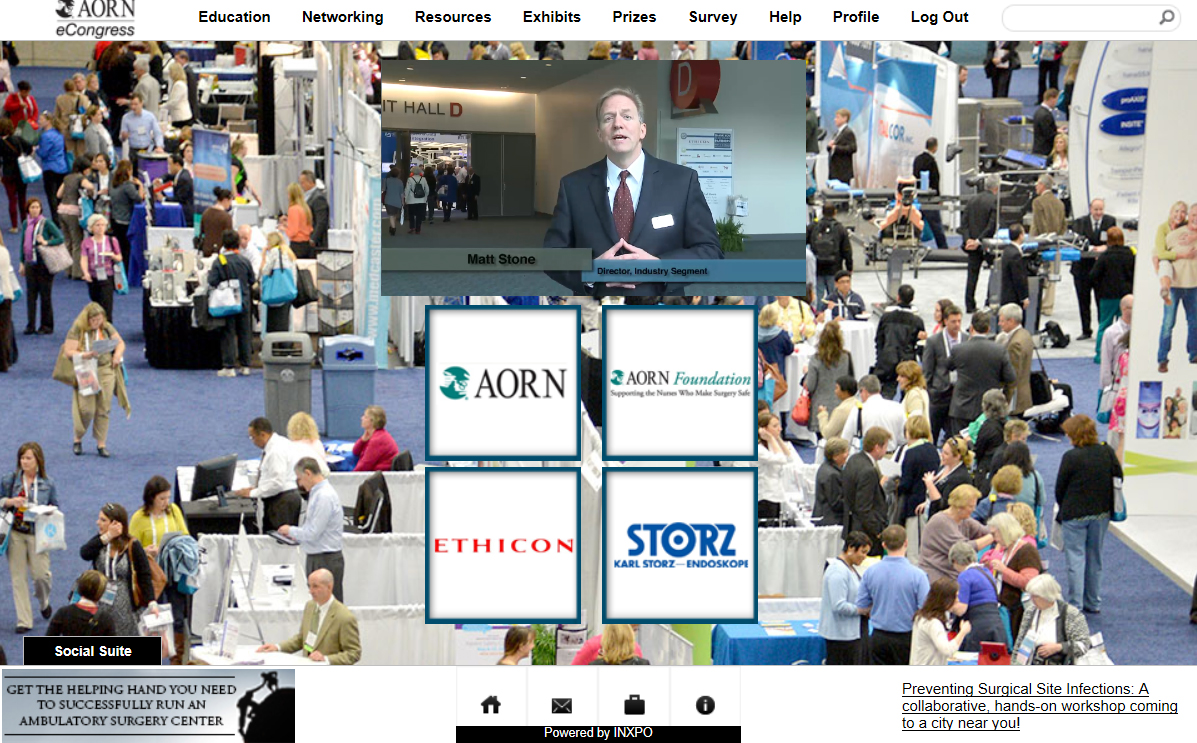 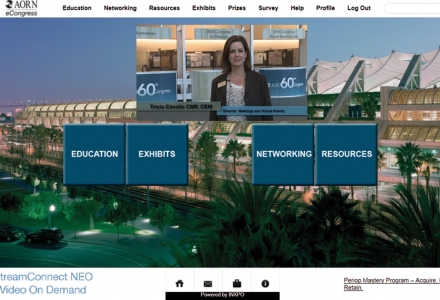 For event organizers, the thought of going digital can be a scary one. What if attendees no longer come to the live event? Suppose they opt to stay home and log on in the comfort of their pjs? Could a virtual program be the death knell of the live portfolio?

These questions are all valid ones, and were concerns of the Association of periOperative Registered Nurses (AORN) in 2012 when it launched eCongress, an online extension of its live Annual Congress. But to its surprise, diving into digital didn’t adversely affect attendance at the next year’s event. Instead, it inspired people to attend. In fact, a dose of digital gave the Annual Congress the shot in the arm it was looking for, and extended its reach to those who couldn’t be there in person.

“Not only did we receive 100-percent attendance rate for our virtual event, but the virtual AORN eCongress was a driving motivation for people to attend our physical events, with more than 76 percent of online attendees registered for and attended the following year’s face-to-face event,” says Tricia Cavallo, CMP, CEM Director, Meetings and Virtual Events at AORN.

AORN’s Annual Congress is part business meeting, part networking, part surgical trade show, and a large part dedicated to its nurse members’ continuing education. But unfortunately, due the nature of their work, many of the nurses are unable to attend. Long hours and schedules make it difficult to allocate time away from the job, and some hospitals don’t cover travel costs. Add to that the fact that many of the nurses are older, and the association was facing a challenging demographic. AORN found its answer in eCongress, an online environment that captured many of the educational sessions on-site and streamed them afterwards.

“AORN had to weigh all these things and it took time to evolve, but the management team decided they needed to offer something that was complementary versus something that could potentially take away from the meeting,” says David Haas, director of digital media at FreemanXP, which created and implemented the audience engagement and content strategy as well as the virtual broadcast of eCongress.

The association in the past had offered successful WebEx meetings, which are one-way, one-dimensional virtual conferences where the presenter presents and there is limited exchange with the audience. “That was a good stepping stone,” says Haas.

Freeman proposed a hybrid model in which content would stream live from the event, an idea AORN rejected. “It was a smart decision because it took care of any anxiety that the leadership team had about people coming,” Haas says.

eCongress is a virtual event portal on Freeman’s FXP|Cloud platform that enables members to attend key content sessions, network with others online and acquire continuing education credits, which is a big driver for AORN’s audience. “AORN chose to capture the pieces where the nurses could get the most value from a credit standpoint,” Haas says.

Out of the 300 live sessions, 16 were broadcast virtually a few weeks after the live event wrapped, giving AORN time to market eCongress. It deployed email and its website to drive participation, but a campaign on Facebook, where many of its members keep up with grandchildren and friends, was especially effective. It showed video clips on the social site, shared speaker information and other experiences, all of which linked to aorn.org, where people could register and pay to participate.

Registered eCongress attendees could participate in two days of live interaction with speakers and exhibitors, all in real time, and receive on-demand access to content for a year, so the nurses could get their education when and where it was convenient. Sessions were captured from a couple of camera angles, including one from behind the attendees that focused on the presenter. Virtual attendees felt like they were in the audience, especially when, for some of the sessions, presenters were available online so people could interact with them.

“What really made eCongress succeed was the content,” Haas says. “When we surveyed and got data back from the people who participated online, almost 80 percent showed up onsite at the event the following year. This tool gave them the opportunity to validate that one, the content was great, and two, that maybe it is worth it to spend the time there. AORN did a great job of showcasing what the event is about through the technology and it worked.”

The project involved Freeman’s core AORN expo team, which brought in Haas’s group as specialists for virtual. Freeman leveraged its partner InExpo, which provided the software application, and used its own A/V team to capture the sessions and produce them in a way that resonated with the audience.

The eCongress portal received 4,000 visits and participants logged more than 4,000 hours in the FXP|cloud virtual environment, resulting in increased engagement with the AORN brand and creating a real sense of community online. Since eCongress has proven so successful, AORN is more actively promoting and creating awareness of the virtual meeting on its website. At this year’s Congress, AORN captured more of the sessions and eCongress is now a mainstream part of its offering. Whether the association will adopt a full hybrid model remains to be seen, but this much is true: a virtual component can be a healthy prescription for a live event. EM