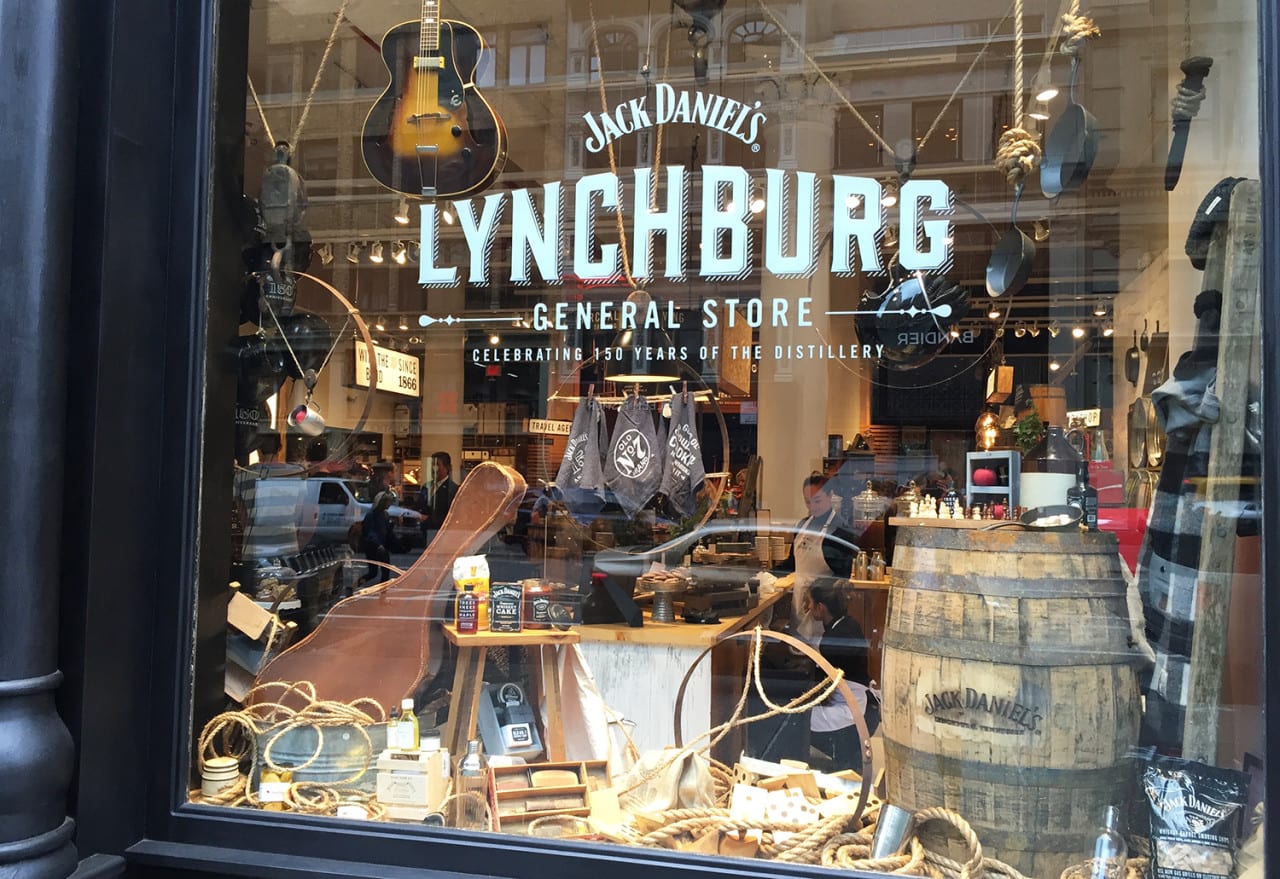 As a follow-up to its Brooklyn-based Motel No. 7 warehouse experience last year, Jack Daniel’s in September was back in New York City, this time with a one-week pop-up general store in the city’s Flatiron district.

Jack Daniel’s Lynchburg General Store, from Sept. 18 to 24, served as a tribute to the man and the brand, which turns 150 years old this year, through consumer engagements including virtual reality, whiskey tastings, barrel-making demos, custom t-shirt distressing, live music and Jack Daniel’s-infused bakery treats, along with collaborations with New York City-based designers and merchandise for sale. From New York, the pop-up traveled to Chicago (Oct. 16-22) and will wrap in Miami (Nov. 13-19).

“There has been so much history in the past 150 years of the Jack Daniel’s Distillery that we wanted to share it with an immersive experience allowing consumers time and space to explore and discover our brand, so we decided to bring a piece of our home in Lynchburg to them in an engaging, surprising, inviting way,” says Chuy Ostos, senior brand manager, Jack Daniel’s N. Am., at Brown-Forman, which owns the brand.

The general store includes a barbershop area operated by New York City’s Blind Barber for free hair stylings, barber cuts and mustache comb-outs, along with grooming products made with whiskey ingredients and other lifestyle items for sale. A photo activation tied to Jack Daniels’ music legacy has people dress up in band costumes and regalia inspired by the brand’s devotees, such as Frank Sinatra in the ’40s, Mick Jagger in the ’60s and ’80s punk rockers. A virtual reality experience takes attendees on a 360-degree tour through the brand’s Lynchburg distillery. And there is a barrel-making station and a charcoal mellowing demo offering Jack Daniel’s tastings.

Collaborations with local designers and retailers such as Flamekeepers Hat Club, for custom hat fittings, Apotheke Brooklyn, for grooming products, and others gave the pop-up a contemporary, New York feel, along with merchandise such as mustache waxes, balms and combs; cocktail mixing glasses, electric guitars and picks and chocolates. Then there are the tasty baked goods inspired by Miss Mary Bobo’s Lynchburg boarding house and restaurant that bring it all back home. Agency: Mirrorball, New York City.

Gallery: Get a Taste of Jack Daniel’s Lynchburg General Store