Field Report: Pop-Tarts Pops up in NYC With a Host of Quirky Concoctions – Event Marketer
Subscribe
Log In 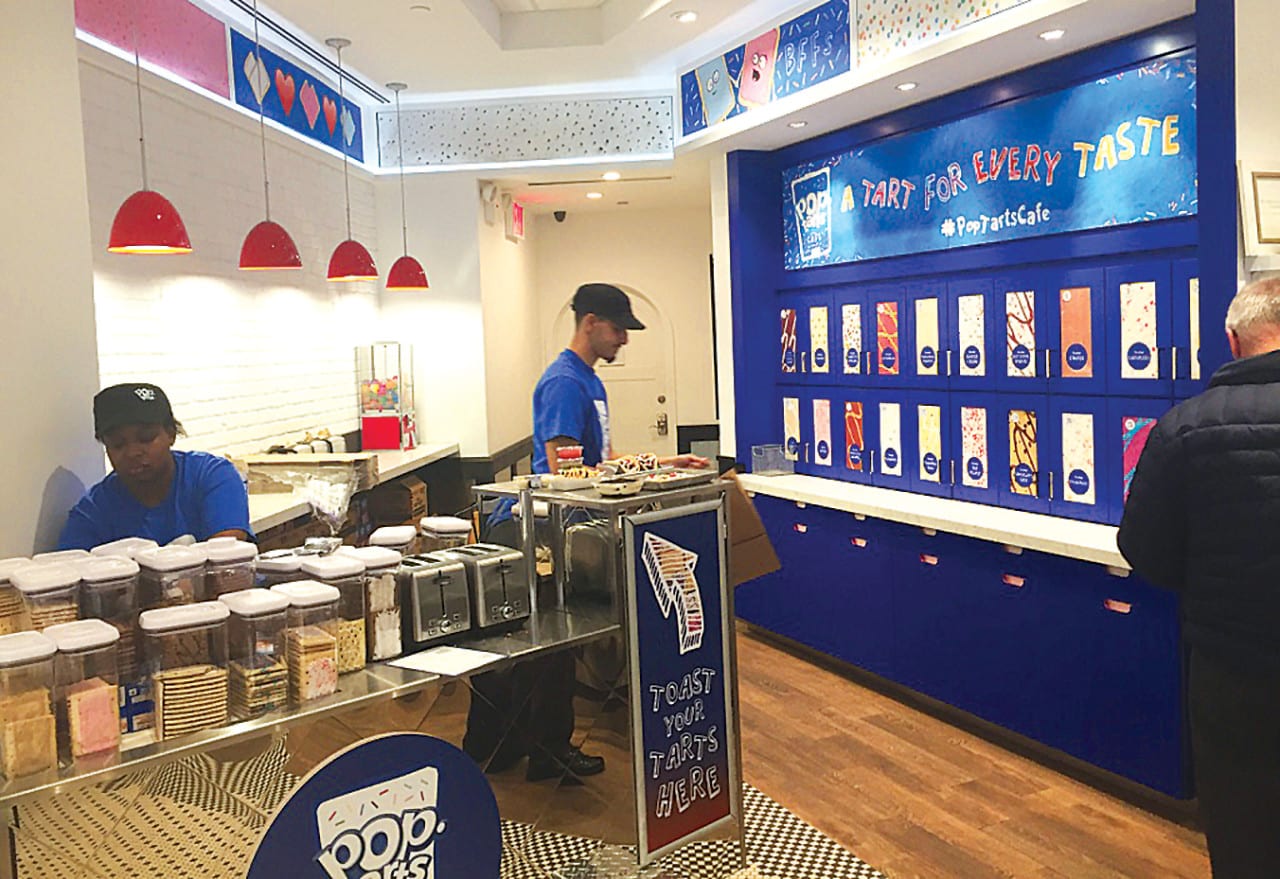 Field Report: Pop-Tarts Pops up in NYC With a Host of Quirky Concoctions

Pop-Tarts have been an American favorite since they were first introduced in 1964. So when Kellogg’s announced a pop-up café dedicated to the beloved breakfast pastry, we didn’t ask questions. We dropped our work, hopped a train and made a beeline for Times Square. The rest was a sugar-coated daze.

Check out a photo gallery of the Pop-Tarts Café here

“We wanted to highlight the versatility of Pop-Tarts and encourage fans to think beyond the toaster, so we developed a robust menu with sweet twists on classic New York dishes,” says Angela Gusse, director of marketing at Pop-Tarts. “The food is delicious and beautifully Insta-worthy—there were lines of people out the door waiting to get their hands on some of the most popular menu items.”

Brand ambassadors were on hand to answer questions about the quirky menu items.

Upon entering the café, the aroma of freshly made crepes (which served as “tortillas” for Pop-Tarts Burritos) wafted through the air as brand ambassadors decked out in signature Pop-Tarts blue welcomed us in and offered a menu filled with “crazy good creations.” The space was branded from head to toe with playful, Pop-Tarts-inspired imagery and bright colors. Even Pop-Tarts swag like coffee mugs, magnets and socks were available for purchase for superfans.

At the center of the café sat a branded cart stacked with every variety of the pastry you could think of, and of course, a few trusty toasters. Nearby, a tray of popular menu items was on display to show wary diners what they were getting into. As customers pored over their options again and again, we couldn’t help but laugh at the sheer agony involved in choosing just one treat from the café’s extensive menu.

Of course, we missed the best part of the activation, which took place for just two hours the evening of Feb. 24. To sweeten college students’ study breaks, Pop-Tarts partnered with UberEATS. Together, the brands delivered a free Pop-Tarts Burrito to the door of 600 students on six New York City campuses when the UberEATS app was opened on university grounds. (OK, we were too old to participate anyway, but what’s better than having a warm late night snack hand-delivered?) 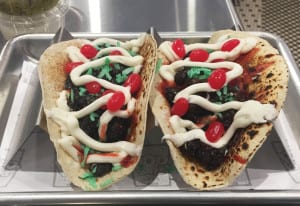 When it comes down to it, it’s safe to say the engagement with college students was the most experiential aspect of the activation. On-site at the café, the engagement more or less ended after ordering from the menu, and perhaps chatting with a brand ambassador for a minute or two. But while the campaign wasn’t ground-breaking, it certainly got us thinking about Pop-Tarts again and what it means to be a CPG brand in today’s marketplace. “Our goal was to surprise fans and media, and encourage them to think about Pop-Tarts differently,” says Gusse.

Indeed, more and more food and beverage brands are taking on this philosophy, turning to experiential test kitchens to help consumers reimagine how their favorite foods are consumed. And we can honestly say that the Pop-Tarts Café is the most creative pop-up version we’ve seen out there. Props to you, Pop-Tarts—for a brief moment in time, you were the toast of the town.