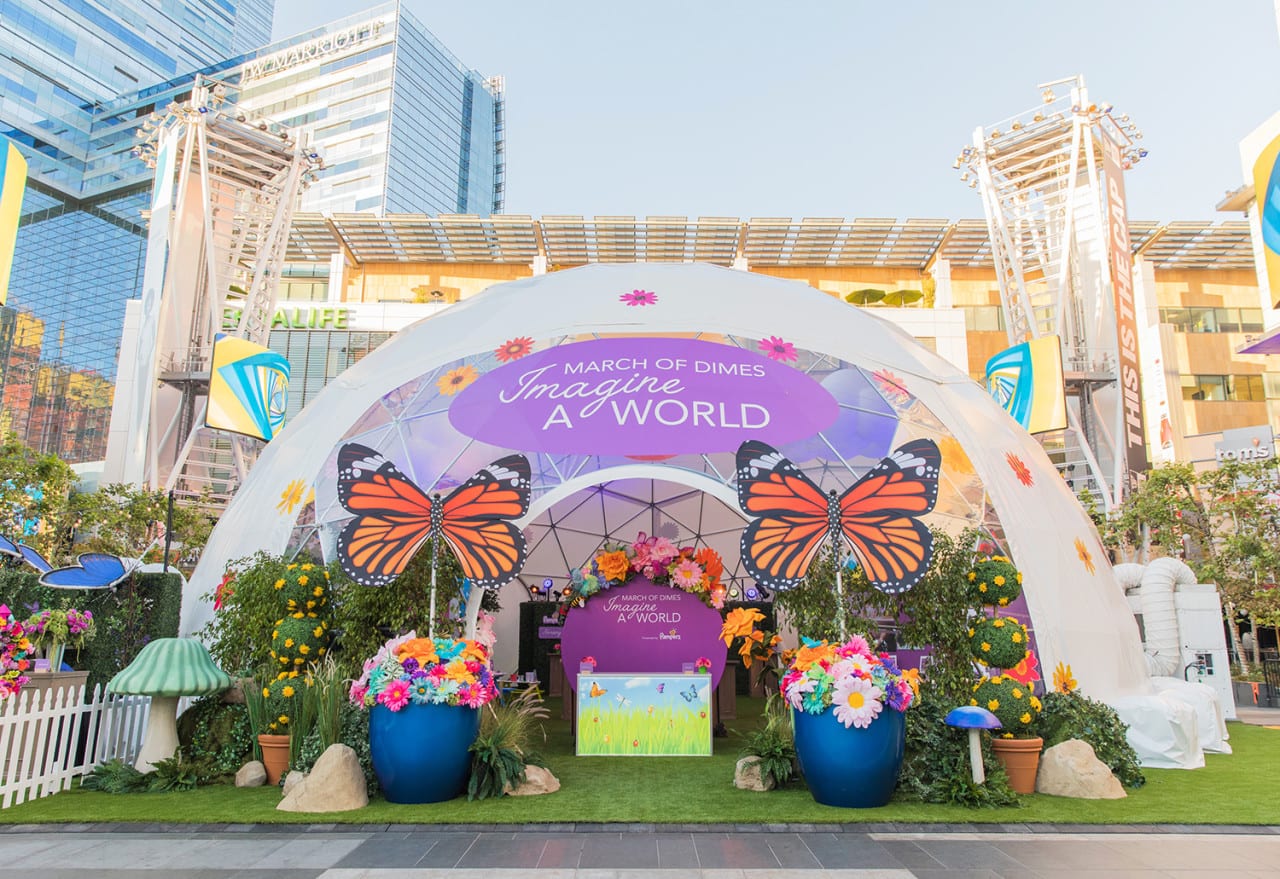 March of Dimes, like most nonprofits, has through the years relied on a traditional calendar of galas, dinners and auctions to support its awareness and fundraising missions. But for its 80th anniversary, and as part of a holistic rebranding of its organization, the nonprofit, which fights for the health of women and babies, went in a new direction and leveraged an experiential activation designed to engage new and younger audiences as well as its high-profile supporters—all under one whimsical domed roof.

The three-day takeover of L.A. Live in downtown Los Angeles took place around International Prematurity Awareness Day in November with the theme “Imagine a World” that came to life in an interactive exhibit that “imagined a world where every baby deserves a chance to grow up and change the world.” Under a 60-foot geodesic dome structure were a variety of family-friendly interactive displays and stations designed to encourage attendees to engage and share stories and images on social media. The lush design supported this push for amplification with its oversized flowers and butterflies, as well as March of Dimes’ signature purple branding. 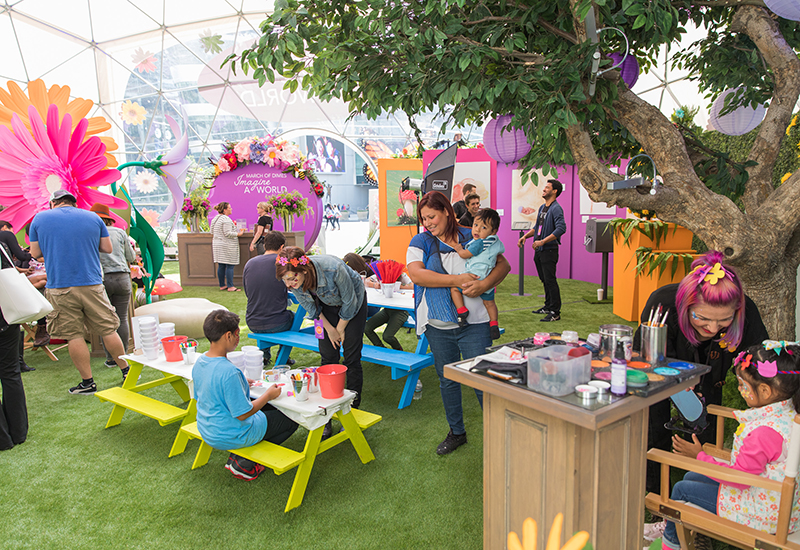 Under a 60-foot geodesic dome were a variety of family-friendly interactive displays and stations designed to be shared.

March of Dimes wanted moments that would resonate with all audiences, so it created a kickoff VIP reception for donors, influencers, corporate leaders and sports and entertainment celebrities. However, the brand invited women who are new mothers with husbands serving in the military to walk the red carpet during the reception, which put real faces on the mission of the organization for donors, while giving the moms a special evening.

Overall, 2,500 people came through the exhibit during the public event days, and it generated 10,000 posts on social media with the #MODImagines hashtag. The activation earned 5.9 million impressions on Twitter, and more than 30 million media impressions.

“We have great support from the Hollywood, sports and corporate communities in the [L.A.] area, but we also need to be seen and understood as a local force for the health of moms and babies,” says Christopher Maddocks, svp-marketing and communications at March of Dimes. “Having a signature moment where all of our constituencies could come together—whether corporate sponsors, volunteers, community health partners or families we serve—experiential gave us a space to connect those dots.” Agency: Allied Experiential, New York City.