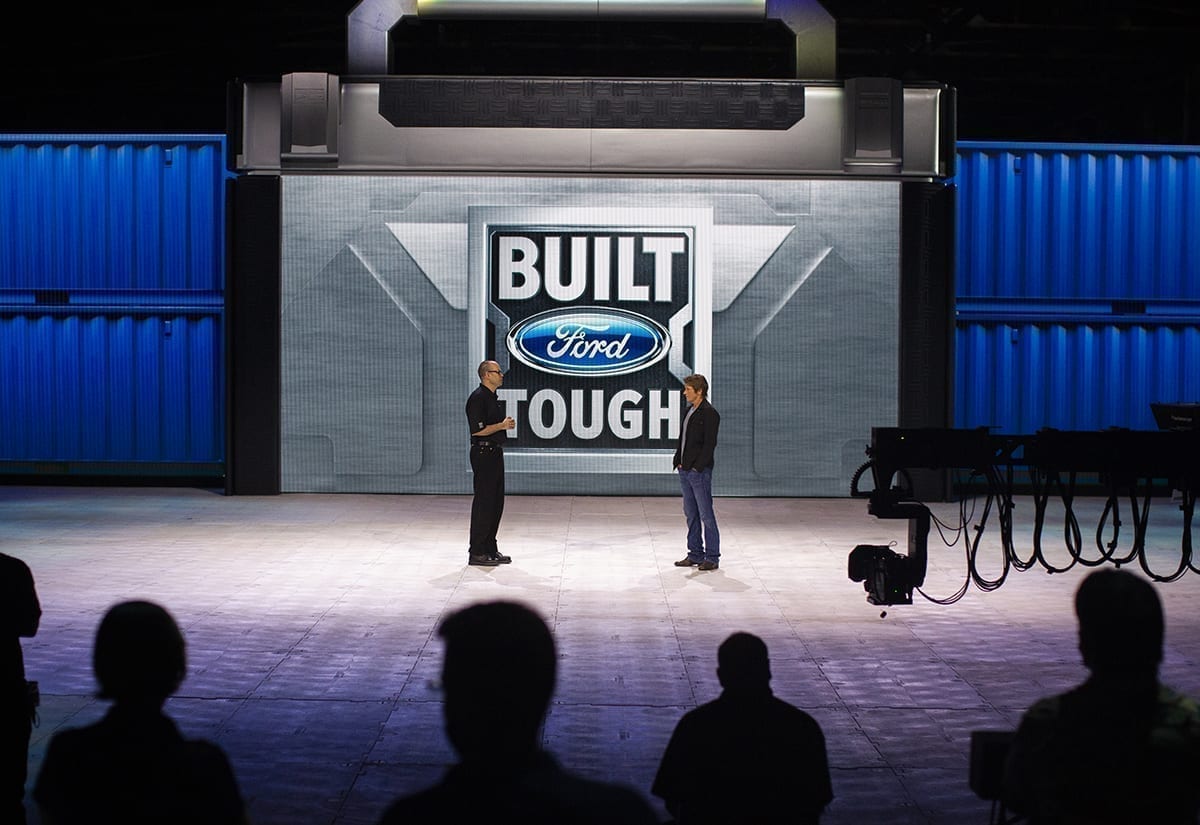 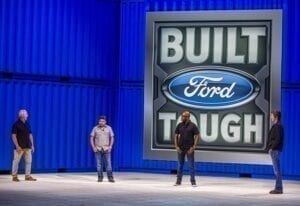 The F-150 reveal was filmed with social distancing measures in place, then broadcast to media and consumers on Ford’s social channels.

The coronavirus has forced some industries to come to a halt, but within the automotive space, in particular, brands have found innovative ways to shift their campaign strategies to keep the momentum going. This rings especially true for Ford and its F-Series, which produces a larger business than the revenues of the NFL, NHL, MLB and NBA combined. The lofty status means the brand’s auto reveals need to be spectacular—and timely. So the stakes were high as Ford set out to produce its most memorable F-150 reveal moment to date in June and, in the end, the automaker delivered a 30-minute virtual launch targeted at media and consumers that was named the top North American product reveal of 2020 thus far.

To produce the reveal, Ford needed to remain nimble in order to adapt to constantly shifting COVID-19 health and safety guidelines. The original plan was to host an in-person, embargoed media briefing in Detroit, then produce a live launch event for several hundred media, consumers and dealers in Texas. Plans changed several times due to the pandemic’s impacts, but ultimately, Ford produced a “taped for live” reveal in person at Willow Run in Michigan with about 15 employees, then broadcast the footage across its social channels for press and consumers alike to view on June 25 (Imagination handled).

The majority of rehearsals for the filmed event had to be conducted digitally—a first for Ford. Once on-site at the studio, the staff and talent had one day of rehearsal and one day of filming, with strict social distancing rules in place (more on that in a minute). For the reveal, the brand enlisted Denis Leary as host to drive authenticity and viewership, while a giant LED toolbox served as the centerpiece of the set. The digital toolbox displayed two CGI films dramatizing the F-150’s new features and customer benefits, before opening up to reveal the all-new vehicle. The team then used augmented reality to demonstrate the truck’s new productivity features and technology, bringing to life Ford’s commitment to building smart vehicles.

Filming the broadcast in person required a nearly 30-page document detailing on-site health and safety guidelines, which were reviewed by Ford’s medical director before production could start. During filming, anyone entering the premises had to fill out a health survey ahead of time and have their temperature scanned upon arriving on-site. Workers were also abiding by social distancing rules, wearing masks and staggering their breaks. Food was available two ways: via individual boxed lunches or through a buffet manned by a single server behind a plastic shield, who changed gloves between every plate.

Ultimately, the media and consumers who viewed the big reveal moment, which was available across Facebook Live, Twitter Live and YouTube, helped Ford earn a conversion rate that was 19 times higher than the industry average when it came to the number of people who navigated from earned media coverage to Ford.com.

Delivering a virtual launch that catered to both media and consumers in the midst of a pandemic came with its challenges. Here, Dawn McKenzie, truck communications manager at Ford Motor Company, offers three tips for producing a virtual auto reveal.

If COVID-19 has taught us anything, it’s that the only constant is change.

“We just had to remain extremely flexible. The status quo of how we’ve always done this was definitely thrown out the window,” says McKenzie. “We had to practice our patience in terms of being able to navigate through so much that was unknown, and being able to work with what we can control, then trying to game-plan for the many moving parts that we couldn’t control.”

Whereas the press typically would have had a chance to explore the F-150 and meet the engineers, designers and marketers behind the vehicle at an in-person event, that wasn’t possible in the current climate. To solve for that pain point, Ford delivered a robust media kit brimming with visual assets, and digitally conducted its media briefing ahead of the big reveal.

“The media outlets that we were working with to drive the earned media coverage weren’t going to have the benefit of having trucks in person to create their own content. So we had to give them as many assets as possible to prepare them in advance to be able to do this,” McKenzie says.

Guidelines and restrictions surrounding the pandemic are consistently changing, so don’t waste any time in executing your plans.