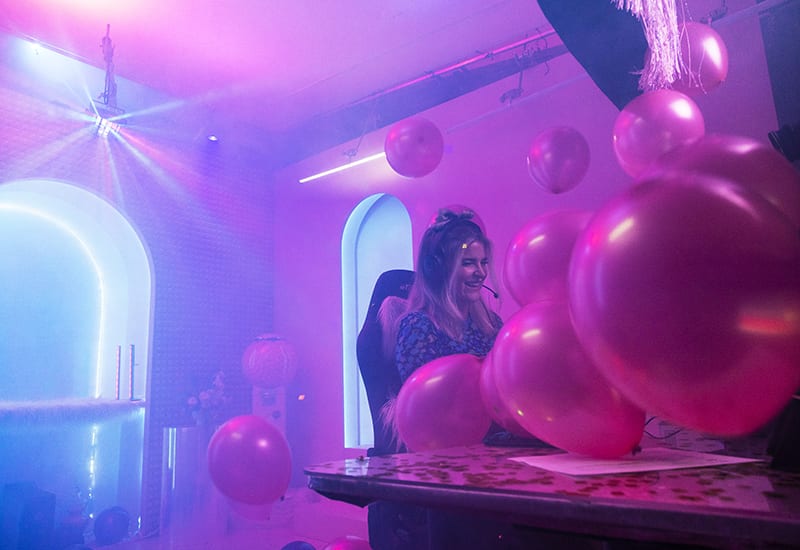 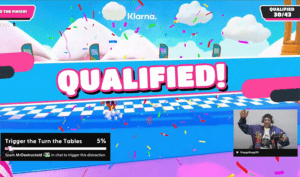 With more consumers spending time at home amid the pandemic, it’s no surprise that when the country first entered lockdown in March, video game brands saw a 117-percent increase in spending on the U.S. Klarna app compared to the previous month. Since then, the gaming and esports industry has continued to boom, and Klarna is leveraging the consumer passion point to its advantage. Case in point: On Oct. 27 and 29, the brand unveiled its Playing for Keeps campaign with two shoppable livestreamed Twitch events aimed at helping consumers level-up their gaming rigs.

Playing for Keeps wasn’t just a catchy campaign name—it was the campaign strategy. During each event, a select group of 25 consumers battled esports pros SypherPK and Kitty Plays. And here’s where it gets good: by beating the pro players in Fall Guys or Fortnite, consumers could win the top-of-the-line gaming gear they were using right out from under them, piece by piece. Everything, from a GT Omega Pro Series gaming chair, to a JBL Quantum headset, to a Lenovo Legion Tower 5i gaming computer, to the very kicks on Kitty’s feet, was up for grabs. To add to the fun and give consumers a leg up, Klarna enlisted gamers and musicians Lil Yachty and Snoop Dogg, who dropped into the livestreams to give consumers an assist against the pros.

“We’re not a passive brand,” says Megan Gokey, head of U.S. marketing at Klarna. “It’s important for us to not just push content at our consumers. A lot of brands are engaging in the gaming community, but they’re really just sponsoring content on Twitch. And for us, we wanted to do something that was different… This campaign leaned into that idea of shoppable entertainment and our ongoing commitment to creating these unexpected immersive experiences that celebrate what our consumers are passionate about.”

To offer consumers an even better shot at snagging the gaming gear, Klarna created a series of distractions that interfered with the pro players’ game play. Viewers on Twitch could vote on which kind of distractions to use to handicap the players, from dropping a bomb of confetti on them to turning their monitors into rotating screens. Aside from the game play, viewers could make purchases from a shoppable gaming wish list created by Klarna, or snag exclusive promo codes dropped into the livestreams from retail partners.

“At the core of our brand, we are consumer-obsessed and there’s so much that is demanding consumers’ attention these days,” says Gokey. “And to really break through as a brand, you have to offer some more meaningful value. And we think that experiential, whether it be virtual or not, is a key piece to our overall marketing strategy that won’t stop.” Agencies: Anomaly (creative); MediaMonks (production); Noble People (media); Movement Strategy (digital). 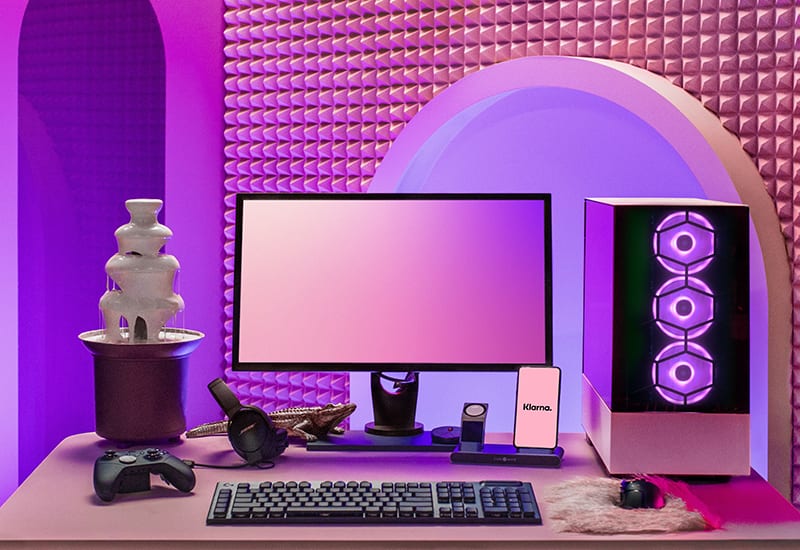 Every element of the pro players’ gaming rigs was up for grabs, from monitors to floor lamps.