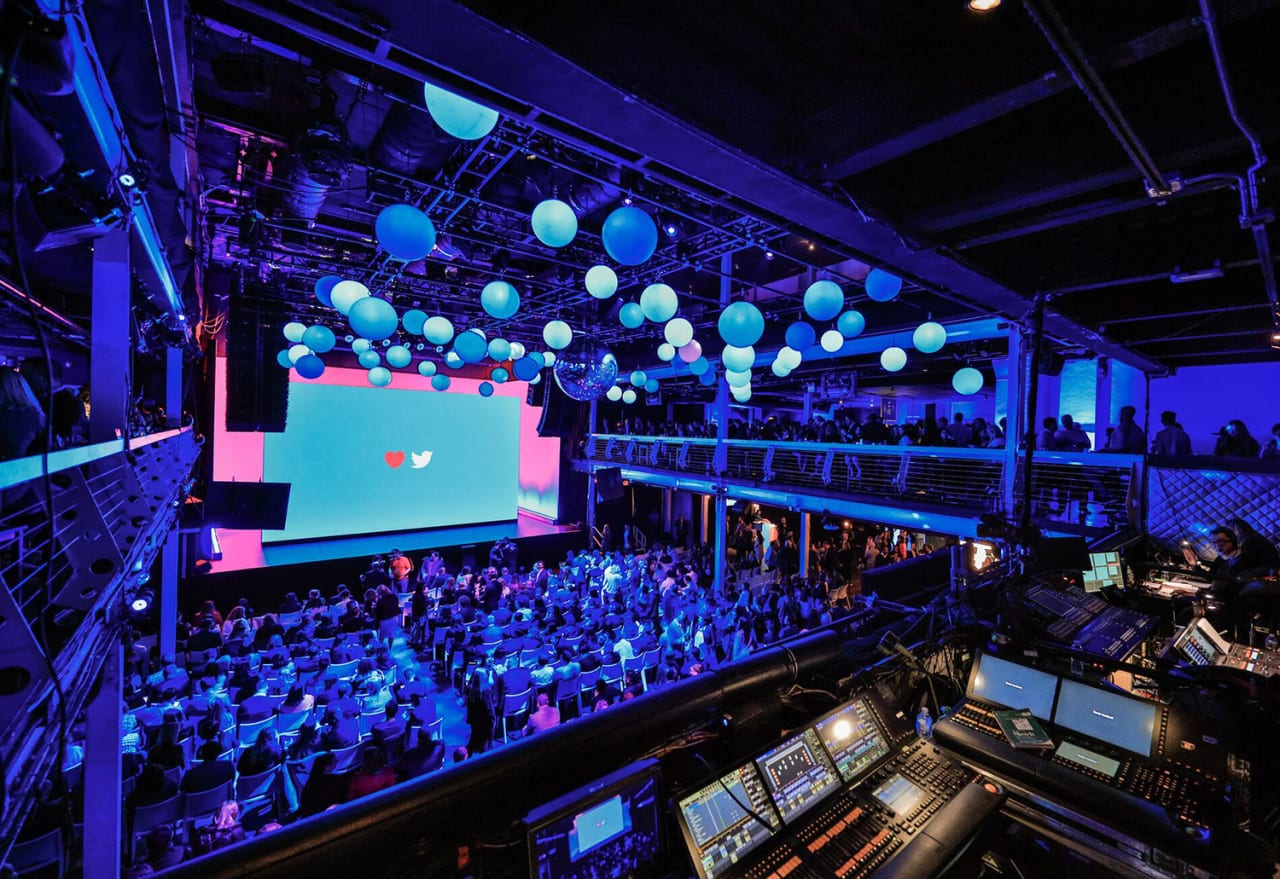 For a second consecutive year, Twitter held a digital content NewFront to showcase its programming to key media buyers, brands and press. But for the social media titan, this year’s event, held April 30 at Terminal 5 in New York City, felt like a whole new experience. With a focus on video and live-streamed content, the brand this year offered more dynamic announcements, scaled the event to accommodate twice the number of attendees and emphasized the platform’s ability to fuel cultural movements and help drive change.

NewFronts may typically be buttoned-up affairs, but in true Twitter fashion, the brand incorporated vibrant design elements and surprise and delight moments to immerse attendees in the brand and keep them engaged throughout the event. Outside the venue, the marquee was rewrapped in bold Twitter branding. Inside, a long hallway leading to the main event featured wood elements and large-scale imagery from the platform.

As attendees emerged from the hallway and into the central event space, they were met with a 30-foot-wide by 20-foot-tall screen that throughout the event emphasized Twitter’s differentiation point from its video competitors—that Twitter is the only place where you can watch a video and talk about it at the same time. “Watch it. Talk about it.” messaging could also be found throughout the venue.

Other design elements included brightly colored orbs hanging from the ceiling and an oversized white hashtag installation surrounded by black space. The six-foot-tall structure featured blinking marquee lights and was designed to make attendees feel like the focus of the experience, while also serving as a popular photo backdrop.

“The drumbeat still continues for us to make sure everybody understands and feels the bold, human, electric part of our brand,” says Helen Stoddard, head of global events at Twitter. “With this specific audience, it was a new way for them to touch and feel us. So we wanted to make sure the event itself had experiential moments and touchpoints, and also within the program and content on stage. The room and the design of the venue really lent itself to how you feel when you walk into the Twitter content universe.”

The NewFront was also designed to shed a light on the need for diversity in the tech industry as well as on key cultural movements. To that end, Twitter highlighted programming associated with Black Twitter, a subculture from the platform that many African-Americans use to address social issues, and the brand’s event-based #HereWeAre initiative in which female speakers offer stories representing diversity across race, age, sexual orientation and industry. Renowned African-American producer Will Packers took the stage to speak about Black Twitter, while Twitter cmo Leslie Berland underscored the #HereWeAre initiative. 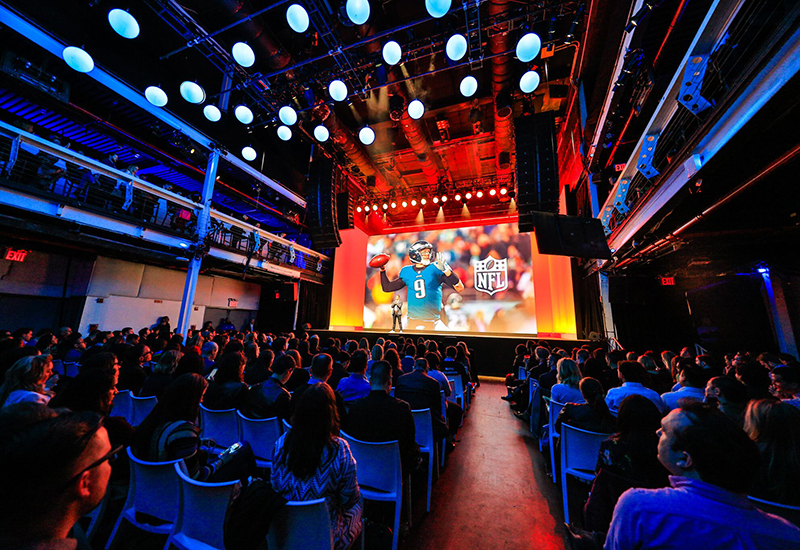 In addition, journalist Liz Plank addressed women’s equality. Before the NewFront, Plank helped drum up engagement by setting up a Twitter poll to gauge the kind of content attendees would be looking to consume. By the time she took the stage, she had garnered more than 100,000 tweets related to her poll. Plank also encouraged the audience to interact with her via live Twitter quizzes during her presentation.

Rounding out the event were more light-hearted moments. Like watching former baseball star Carlos Beltran hit whiffle balls from the stage into the audience with a one-of-a-kind Twitter NewFront bat created by Louisville Slugger to highlight Major League Baseball’s continued partnership with Twitter and Beltran’s hurricane relief efforts in Puerto Rico. Attendees and digital fans could also win the signed bat by Tweeting with the hashtags #carlos and #newfronts.

To wrap up, Twitter synced those glowing ceiling orbs with energetic music, then leveraged lighting effects and Terminal 5’s giant disco ball to transform the end of the business event into one big dance party. And finally, as attendees made their way out of the venue, they received a complimentary oatmeal cookie to celebrate National Oatmeal Cookie Day and promote Twitter’s Food Day program, which celebrates food holidays in the U.S.

“We program based on the conversations we see on the platform,” says Stoddard. “We don’t get programming and hope people talk about it. We listen to what people are talking about and then we go get that programming. So to know that there are very specific conversations that are underserved, and for us to be able to then have video content that continues to drive that, it’s important for us, as we are the platform where people can see and share what’s happening in the world.” Agency: NA Collective, New York City.