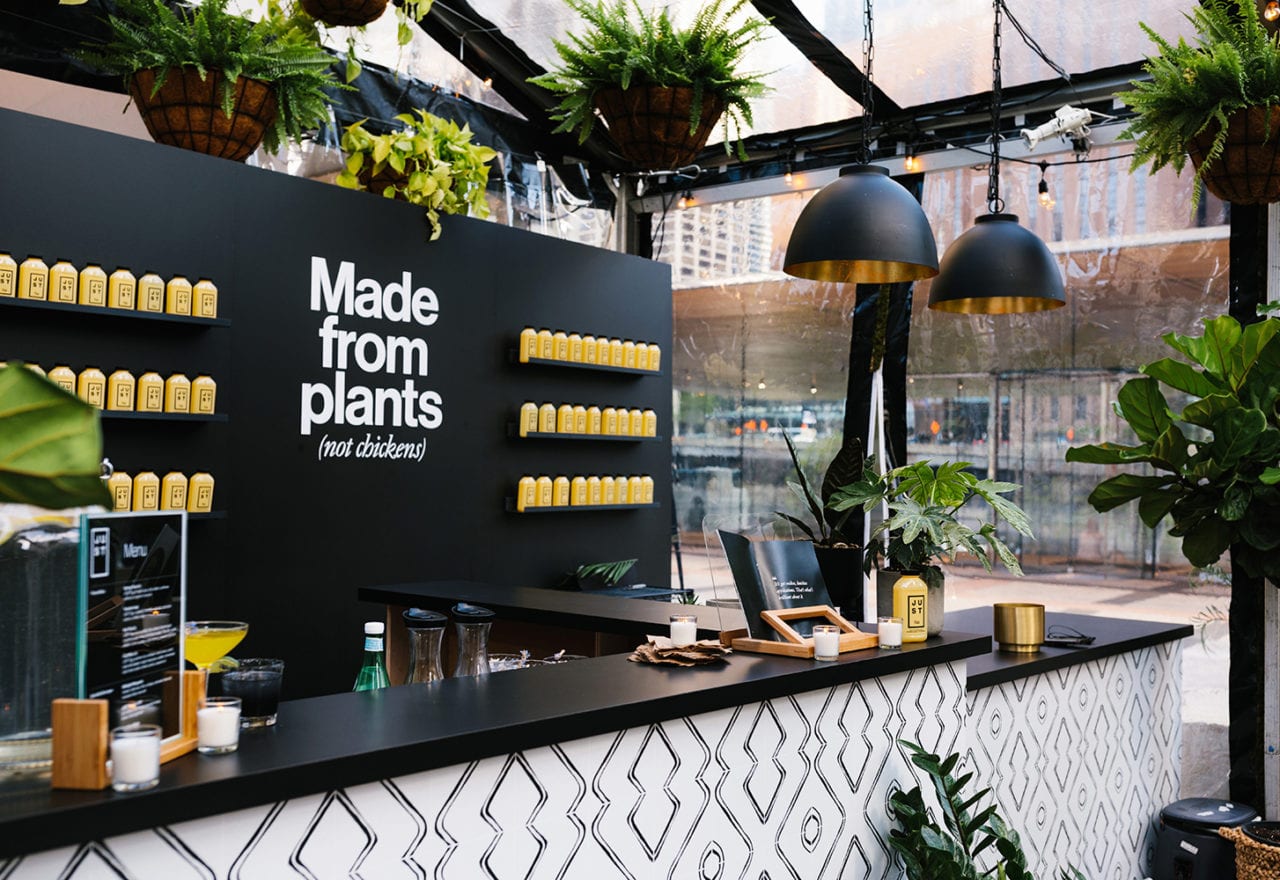 How Plant-based JUST Egg is Scrambling Sampling in Cities Nationwide 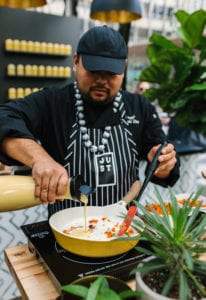 Chef-crafted dishes made with JUST Egg were a key component of the tour.

The plant-based food category is booming, but while there has been plenty of buzz surrounding plant-based burgers, JUST is seeking to turn attention to breakfast and its plant-based JUST Egg product with a sampling tour that cooked up different experiences in each of the four markets it visited. The program involved sampling vehicles, lounges, activations and takeovers in Los Angeles, Chicago, New York City and San Francisco, all designed to attract and engage the brand’s millennial target and educate consumers on the fence about plant-based alternatives.

“These cities are heavily populated with our target consumers, the urban millennial moms that are eco-conscious but also conscious about what they’re eating and putting into their bodies, and conscious about allergies and different lifestyle choices,” says Jordan Viola, brand director at JUST. “They want to be thoughtful about the decisions they’re making, not only about what they eat at home, but when they go out.”

On the first leg of the tour in L.A., April 17-28, JUST decked out an Airstream “Eggstream” trailer in black, white and yellow branding, activating a Liquid Gold Lounge footprint surrounding it that offered games and swag for consumers. The lounge was named for the yellow color of the protein-rich, mung bean-based liquid the product is made from. The “Eggstream” visited WeWork headquarters in Santa Monica, Melrose Trading Post, UCLA (for its Earth Day festivities) and the Grove, among sampling stops.

In Chicago, May 9-11, JUST popped up at the Greenhouse Café in Pioneer Court on Magnificent Mile, a lush environment curated by Plant Shop Chicago with greenery and seating, and featuring chef-crafted dishes made with JUST Egg. Consumers were treated to light bites from a custom menu throughout the day, including breakfast, lunch and snacks, and while the meals were prepared, consumers could see the consistency of the product as it cooked in the pan, while brand ambassadors in chic branded denim jackets explained the ins and outs of the mung bean plant. (Fun fact: the mung bean plant requires 77 percent less surface and groundwater and has a 40 percent lower carbon footprint than its conventional counterparts.)

JUST Egg continued to shake up its presence and strategy when it visited New York City, May 18-26, and activated the JUST Garden Studio, a branded glass-walled box truck. The truck scrambled up dishes to sample across Manhattan and Brooklyn, and also took over both locations of the hot brunch spot Egg Shop, where patrons could order four JUST Egg dishes, including a breakfast burrito, scrambled eggs or two versions of piled-high breakfast sandwiches. The brand activated at Hester Street Fair, in Chelsea and SoHo, among stops, and also participated in the Wall Street Journal Future of Everything Festival at Spring Studios, where the JUST team served up more custom bites each day.

In San Francisco, May 29 through June 8, the brand is deploying a branded foot truck and its JUST Egg bike brigade of brand ambassadors across the city, hitting WeWork offices at the Embarcadero, the Mission district, SOMA Bike Bridge and activating a large-scale presence at the West Coast Craft Festival, among sampling stops.

“We want to weave ourselves into the thread of the city we’re activating in, so we didn’t want to do a traditional food truck, serve breakfast for a few hours, and pack up—instead, we developed seven total activations over the course of two weeks, and went for a longevity play, where we could pop up in multiple locations,” Viola says. “The biggest goal for us was letting consumers know where we were available in their area, so in addition to sampling, every person we interacted with received a bounce-back to retailers with a coupon to go purchase JUST Egg after tasting a sample.” Egg-cellent. Agency: MKMCreative, San Francisco.

See What the JUST Egg Sampling Tour Cooked up: