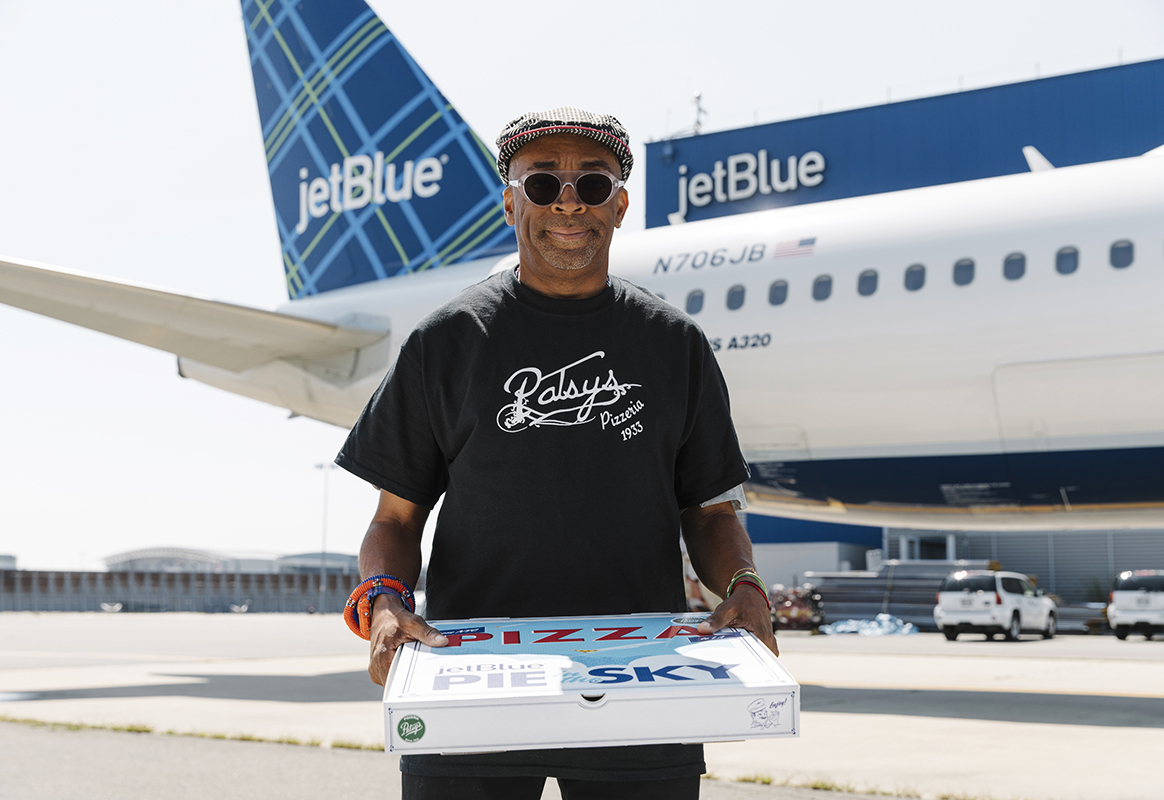 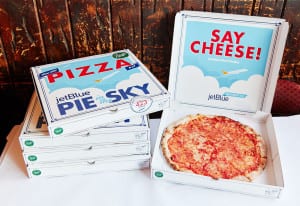 L.A.-based customers could order a pizza from Manhattan’s Patsy’s Pizzeria through a microsite.

To highlight its transcontinental routes in an unconventional way—a delicious one, one might argue—JetBlue took its “New York’s Hometown Airline” tagline to new heights by making deliveries of authentic, New York-style pizza via transcon flights from New York City’s John F. Kennedy Airport to LAX. The promotion, dubbed “Pie in the Sky,” came as JetBlue announced it would add more flights to regional airports in Ontario, CA, and Burbank, CA.

“We wanted to spotlight our growing presence on the West Coast and our New York to Los Angeles route through Pie in the Sky,” says Elizabeth Windram, vp-marketing at JetBlue. “As New York’s hometown airline, we’re highlighting this investment we’re making in transcontinental travel, both in our core program and in our Mint program. With up to 11 daily flights between LAX and JFK, LA and New York have never been closer.”

The program, which took place May 9-11, allowed L.A.-based customers to order a pizza from Manhattan’s Patsy’s Pizzeria through the campaign microsite, jetblue.pizza, where they entered their information (eligible addresses within proximity to a final preparation facility in L.A.). After placing their order, they could track their pizza as it made its way across the country. They had two options: a plain cheese ($12) or pepperoni ($15). Pizza-ordering was first come, first served, with a limit of 350 pizzas per day.

Helping to drive buzz for the program was director and New Yorker Spike Lee, a JetBlue celebrity influencer, who helped JetBlue select a pizza joint for the campaign and shot a promo video to explain to West Coasters how to eat New York-style pizza (hint: by folding it).

“We had a transcon fare associated with this program, but it was about this evocative idea, that JetBlue’s going to deliver a pizza baked in New York to your doorstep in L.A. the same day,” Windram says. “Even for people who didn’t personally end up with a pizza, it was enough to get them talking about JetBlue and our New York to L.A. route.”

The hot results: The campaign earned more than 567 million p.r. impressions by the end of May, in addition to 6,000-plus social shares, including posts by celebrities Chrissy Teigan, Maria Menounos and Sofia Richie; and JetBlue’s microsite recorded 105,000 visits over the three days.  The total pizza mileage: 7,500. And as for L.A.’s preference on pizza: 60 percent of all orders were pepperoni, and 40 percent were cheese. Mmmm. Agency: MullenLowe, New York City.