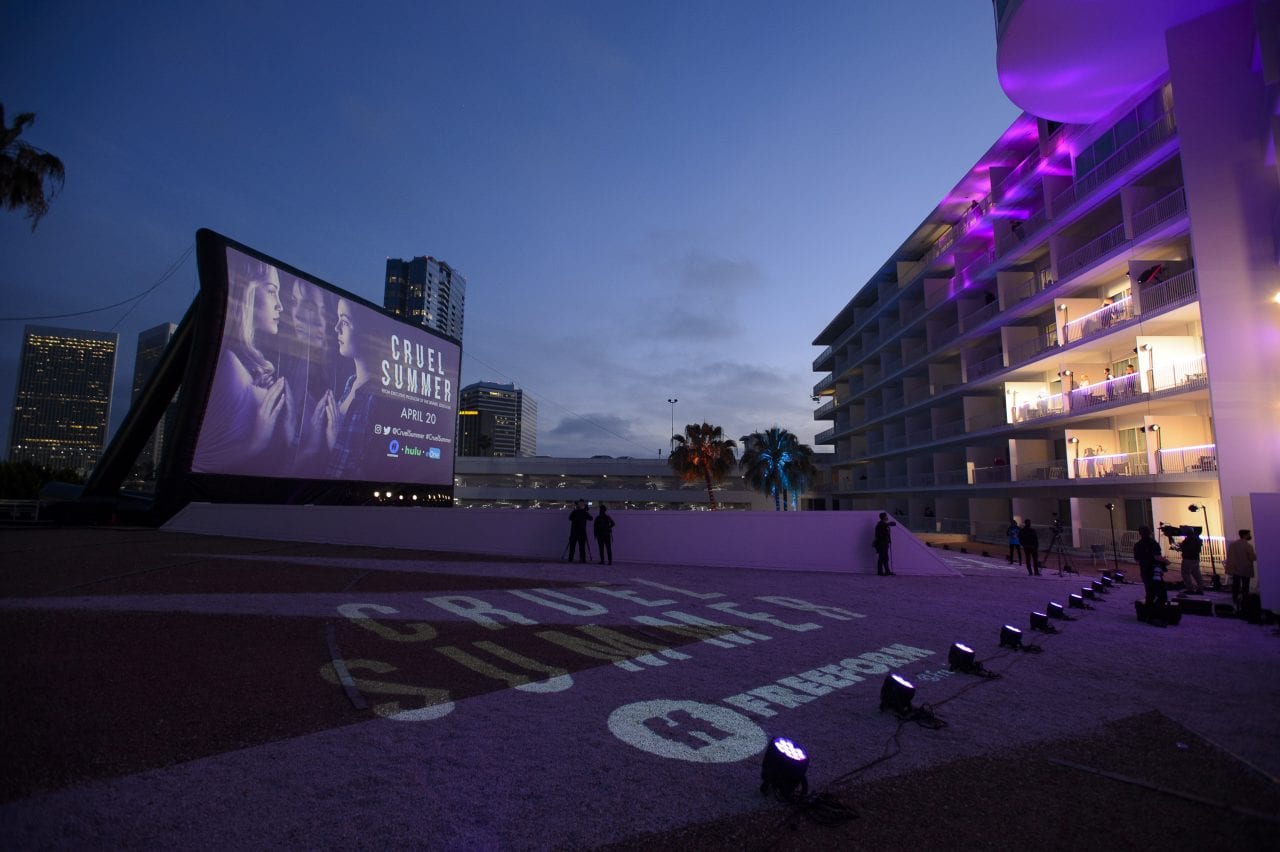 Balcony Party: Freeform Hosts an Outdoor Screening for the Premiere of ‘Cruel Summer’

The hottest event space is no longer the ballroom, it’s the balcony.

For Freeform’s “Cruel Summer” premiere event on April 15, the network booked 80 hotel rooms at the Beverly Hilton hotel and invited talent, executive producers, press and influencers to watch the show on a giant screen from their balconies. It made for a socially-distant premiere that upgraded the now-familiar drive-in format—in fact, the screening was Freeform’s first live event that wasn’t a drive-in or drive-thru.

“As a first-to-market idea, the challenges were amplified. We needed to trust the teams we were working with to creatively solve the problems as they came up,” says Theresa Travis, director of marketing engagement and experiential at Freeform.

The show, which counts Jessica Biel among its executive producers, is a teenage thriller set over three summers in the 1990s. That era inspired the nostalgic event decor, from the event entrance and registration to the hotel rooms themselves.

“After living through a year of pandemic, it felt like the perfect escape,” says Travis. “The ’90s had such an impact on culture and now we’re seeing the next generation embrace that.” 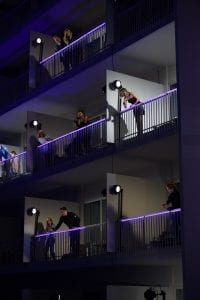 The stars of the Freeform show “Cruel Summer” along with producers, press and influencers watched the premiere from balconies at the Beverly Hilton—distant, but still social.

The premiere was notable not only for what took place outside, but what guests found inside the hotel. In the lobby, guests checked in as a dj played ’90s hits from the likes of Nirvana, Garbage and the Cranberries. In the hotel rooms, guests found Capri Sun juice pouches, makeup Caboodles stocked with butterfly clips and friendship bracelets and activities like a ’90s trivia quiz. Freeform’s team even personalized the decor for some guests. In a Rolling Stone reporter’s room, for instance, they stocked ’90s-era issues of the music magazine.

“There were a lot of people who felt they were reliving their teenage years,” says Travis.

At dusk, guests gathered on their balconies to watch the show on a 70-foot, inflatable screen with concert-level sound that had been set to a decibel level that everyone could hear yet wouldn’t disturb neighbors in Beverly Hills (there were no sound complaints following the event.) Drones captured live video of the show’s stars and producers to add celebrity sheen. The challenge was to offer a buzzworthy event that felt like a premiere, yet adhere to COVID restrictions.

“We really learned we have to try new things and jump in head first,” says Travis. “Working with creative people to find solutions is so important. The smallest details make the difference in someone’s experience.”

The event’s COVID protocols included health screenings such as a questionnaire and temperature checks and a QR code that guests scanned to sign waivers. There were two registration lines to keep people moving, and a contactless check-in with hotel room keys already in envelopes that guests could pick up themselves. Meals were ordered ahead of time based on dietary restrictions and delivered via room service. 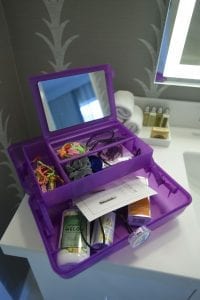 Hotel rooms were outfitted with items that recalled the 1990s such as makeup Caboodles stocked with scrunchies and other era-defining accessories.

The strategy of pre-stocking rooms, presenting a socially distant screening and delivering food and beverage via room-service made for a contactless, yet personal experience—a high-touch experience in a no-touch environment.

“We’ll see more events like this even post-COVID,” Travis says. “It gives you an opportunity to focus and dive into the details and provide elevated personal experiences.”

The day after the premiere, guests could take home the ’90s swag and other items such as pillows with the show logo. To eliminate confusion over hotel decor vs. event decor, a welcome letter instructed guests on what they could take with them and an empty bag was provided for them to collect items. “There wasn’t much left,” Travis says.

The following week, Freeform hosted a free public event at a roller rink at Westfield Century City mall where consumers made reservations to skate to a ’90s-themed playlist. The rink held a reduced-capacity crowd of 20 skaters at a time and walk-ups were allowed when there was room.

For now, Travis isn’t sure when red carpets will come back. But her team will continue to get creative. “We’re looking into other events—outdoor experiences and walk-throughs. We’re leaving the drive-thru behind.” Agency: Gold Sky Productions, Los Angeles.