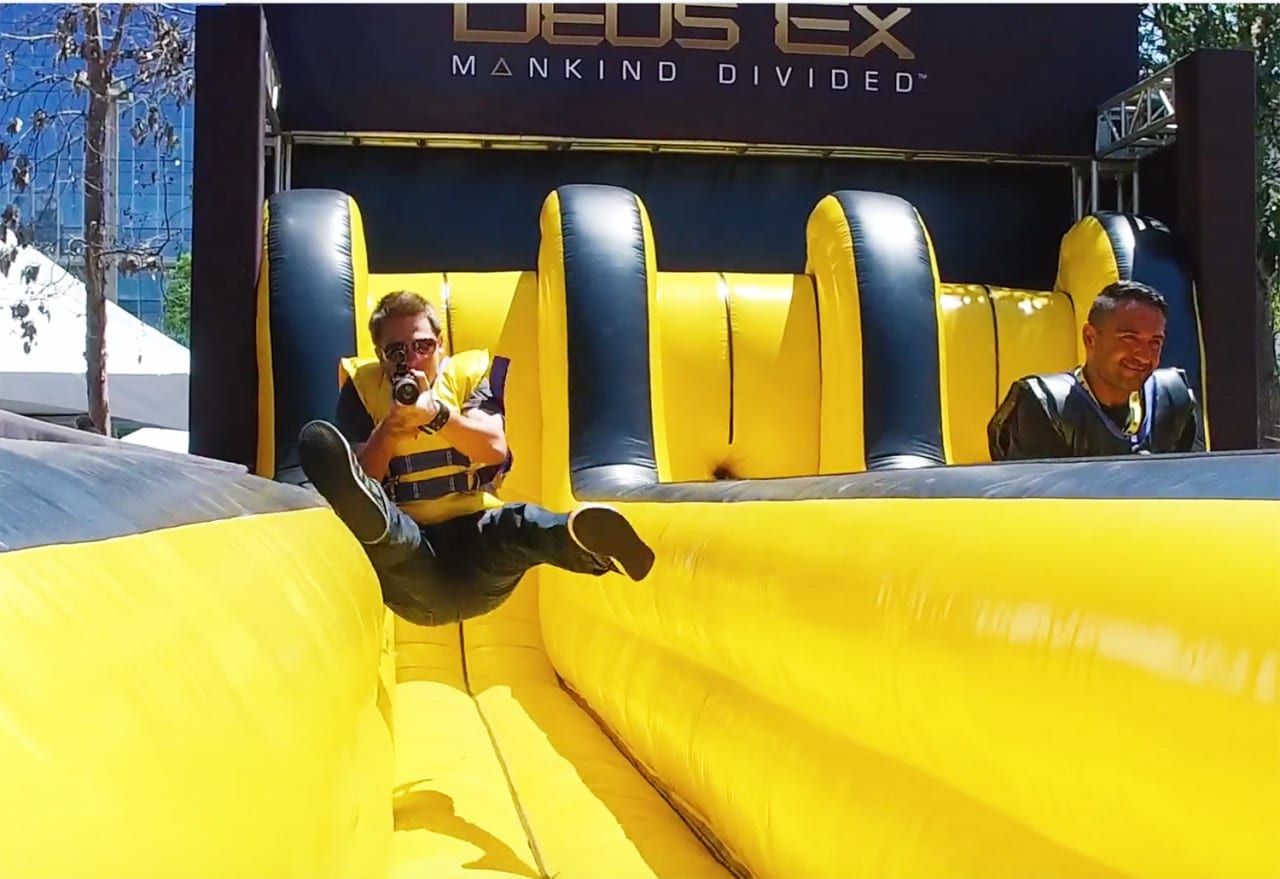 Video game developer Square Enix returned to Comic-Con International July 22-23 with an interactive footprint that served as an “adult Disneyland” for consumers in the San Diego area. The brand took over a full-sized parking lot in the city’s Gaslamp District from noon to 10 p.m. each day, offering convention attendees and passersby physical challenges based on its most popular franchises, an arcade featuring new releases, panel discussions and an enclosed beer garden.

Shining a spotlight on its biggest titles, Square Enix created three separate experiences within the footprint that corresponded with its top games. Attendees could immerse themselves in the world of Deus Ex: Mankind Divided by assuming the role of agent Adam Jensen and taking on the Icarus Dash (named after one of the game’s popular moves). Participants were challenged to run through a giant inflatable as fast as they could with a bungee cord strapped to their back while shooting a laser gun at designated targets. The area also included a backdrop with a variety of LCD screens featuring Square Enix advertising and game sequences.

“A lot of what we’ve been doing in the campaign overall is about completely demolishing the fourth wall so that everything we release—you don’t know if it’s the game, if it’s reality—is all kind of blurring together in an amazing way,” says Mike Silbowitz, senior director of channel, interactive and western studios product marketing at Square Enix.

In the FINAL FANTASY XV zone, attendees participated in the Royal Race, a themed go-kart competition that took them through the game’s various landscapes. And to highlight The Rise of the Tomb Raider, Square Enix replicated the game’s opening sequence, challenging consumers to assume the role of Lara Croft and take on the Glacier Climb by scaling a 30-foot-high wall (the challenge was also the latest event in a yearlong salute to the franchise’s 20th anniversary). Each of the physical challenges was also recorded, allowing attendees to later view and socially share GIFs or videos from the experience at self-serve kiosks.

At the on-site arcade, sponsored by Turtle Beach, attendees had a chance to play each of the three featured games, along with the rest of the brand’s new titles for the fiscal year. The space featured a wealth of player kiosks, along with Turtle Beach gaming headsets, which offered players unique features like Superhuman Hearing, Virtual Surround Sound and Bass Boost.

And after a grueling day of physical challenges, attendees over 21 could listen to music and enjoy $2 beers in a relaxed beer garden setting featuring cabanas for lounging. The enclosed space even had enough room for an impromptu dance party, sparked by a cosplayer dressed as Lara Croft.

The brand additionally hosted content panels based on its leading franchises, distributed limited edition lanyards to attendees who posted about the Square Enix experience or its featured titles and offered a futuristic engagement with a real bionic arm sponsored by Open Bionics.

“We do want to cater to the Comic-Con fan base and we adore them and they’re definitely our bread and butter,” says Silbowitz. “But we also wanted to create an experience that would attract anyone that’s in San Diego. We didn’t want to exclude anyone. We wanted to have a complete open experience so literally anyone that stumbled on us [could partake].” Agency: RedPeg Marketing, Alexandria, VA. 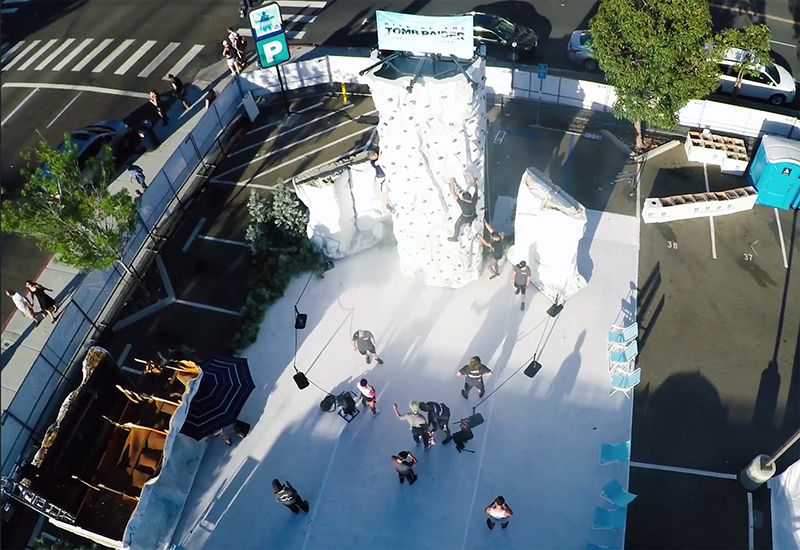 To highlight The Rise of the Tomb Raider, Square Enix replicated the game’s opening sequence, challenging consumers to take on the Glacier Climb by scaling a 30-foot-high wall.

• How Square Enix Stood out by Staying in at E3