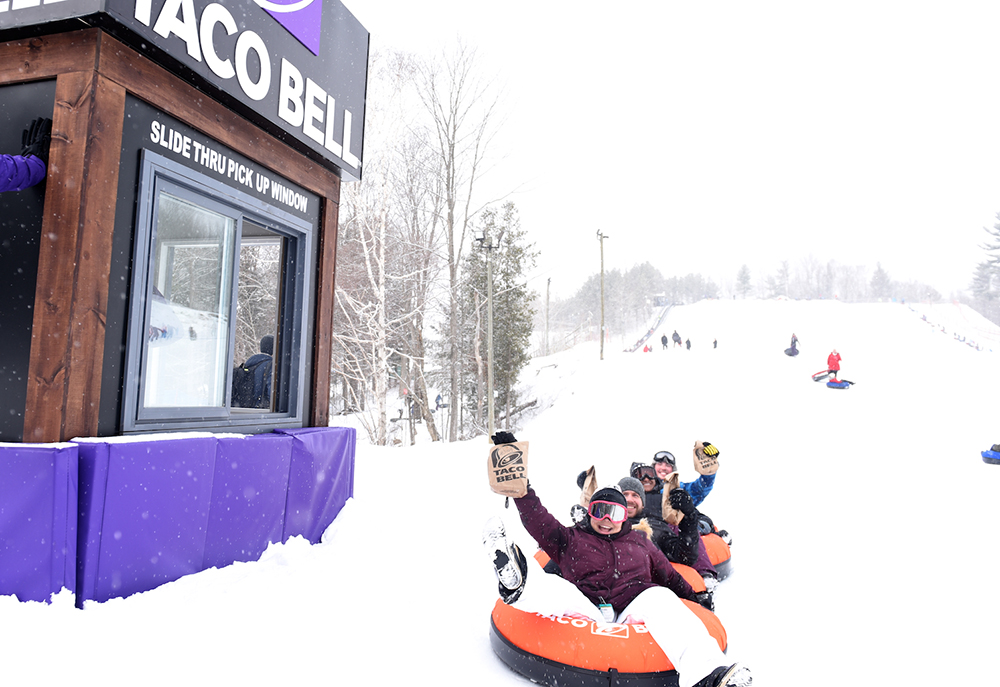 There’s no better contingency plan than fresh air, and while many markets are under a deep freeze, winter has never deterred brands from perfecting engagement for bundled up consumers. Here we offer five tips for making the most of cold weather outdoor activations.

Go Under the Dome

Dome structures are not only eye-catching from a distance, they’re an easily transportable shelter to erect (or inflate) in a cold environment, as Under Armour did at a Notre Dame and Northwestern University college football matchup to promote and offer a hands-on testing ground of its UA ColdGear apparel. Fans explored a multisensory environment enhanced by dry ice effects, wind, fake snow and lights. Then, they entered an “Ice Gym” that featured kettlebells, dumbbells, barbells and bench presses made of ice.

Hot tip: Cold weather doesn’t have to be a pain point that you solve. It could be the catalyst for an imaginative activation where the climate inspires deep engagement with your product. Read more.

Seems simple, but offering warm bites as a reward for engaging with your brand can go a long way. But take a page out of Jeep’s playbook if you do. The brand turned mountainside s’mores into a branding moment by searing its logo on the top of a graham cracker. (See, we said it was simple!)

Hot tip: Edible moments are shareworthy, so incorporating your logo or campaign onto a food item, that will likely be shared on Instagram, is an easy win. Read more.

High West whiskey took a caboose train car all over the country several years ago that both told a story and served as a striking sampling ground for consumers. The train car, which was pulled by a vintage delivery truck, converted into a bar and was modeled after High West’s distillery in Utah, which pays homage to the region’s railroad history. For consumers at the Park City Mountain Resort in Utah, it provided an ultimate view of the FIS World Championships taking place on the slopes while sampling.

Hot tip: This wasn’t a grab your free drink and go experience. As Justin Lew, director of marketing at High West, put it: “Education leads to appreciation.” Brand ambassadors and bartenders—the same people who work at High West—educated consumers on the brand’s history and its four core whiskeys. Read more.

Circle the Wagons (or Trailers)

For its long-running WinterFest program, Subaru brings in likeminded partners to enhance the footprint at its tour stops with outdoor activations. The 2017 program involved warm ski chalet-inspired trailers with viewing decks on top, live music, and plenty of giveaways from partners like local OZO coffee, Harmon Kardon, Nordica, Lib Tech, Thule, Klean Kanteen and Under Armour. (WinterFest has returned this season—look out for our coverage.)

Hot tip: If you’re activating at winter resorts with their spectacular backdrops, your experiences should complement the surroundings, rather than compete with them. Read more.

Taco Bell is known for its marketing stunts, but it’s also known for giving consumers an experience they never knew they needed. To unleash its Cheetos Crunchwrap Slider in Canada, where the item was exclusively being added to menus, the brand activated a “uniquely Canadian” experience by building a drive-thru window on the side of a snow-tubing run that allowed fans to “slide-thru” and grab their hot Crunchwrap to sample at the bottom of the hill.

Hot tip: In an age where experience builders need to stretch their investments as far as they’ll go, a stunt like this can produce viral content that can be leveraged across the channels. Not to mention, this stunt, no doubt, resulted in compelling first-person content filmed by the consumers sliding on through. Read more.