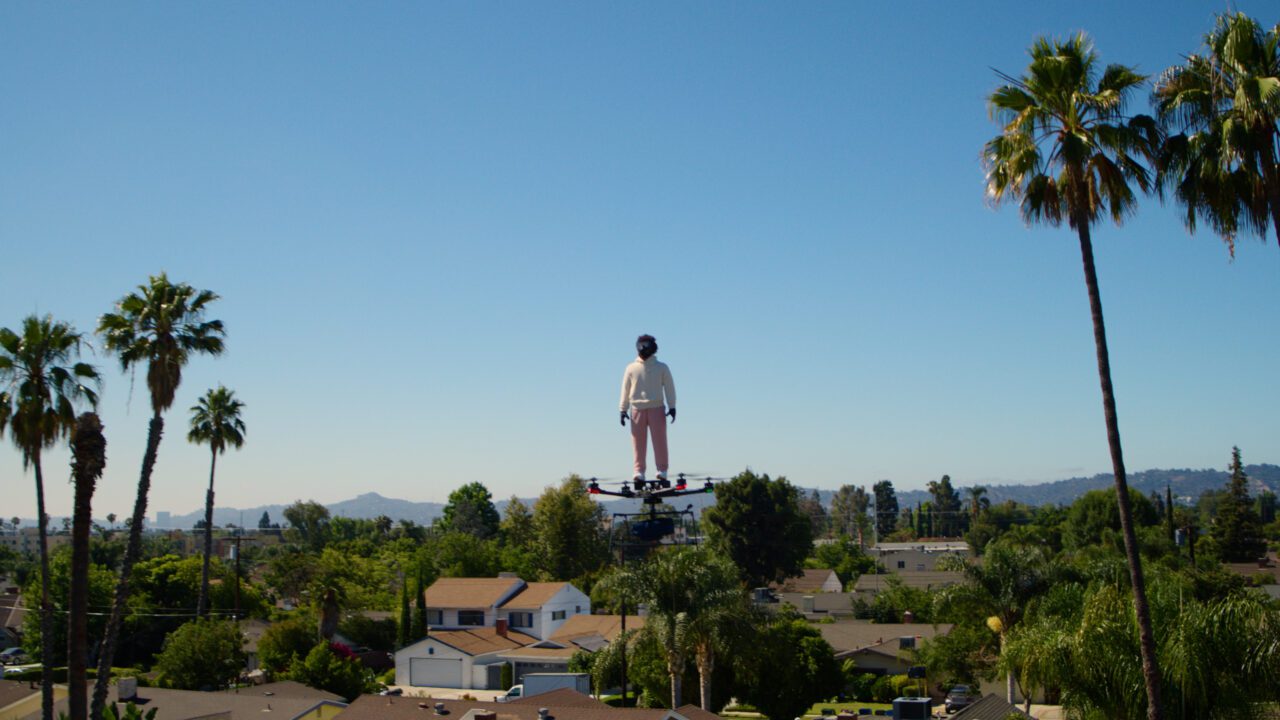 The goal for promoting season two of the FX comedy “Dave” was to bring Dave directly to the fans. What the fans didn’t know, however, was that Dave would come to them standing atop a 50-foot drone or on a video screen that popped up from a furry anteater on wheels.

The “Dave Drops” stunt was the culmination of a sweepstakes that offered fans the chance to receive a backpack full of merch tied to the show, a comedy based on the life of rapper and comedian Dave Burd. In addition to the the fun giveaways, the “drop” concept, activated in late June, also tied into a plot line in the new season in which Dave is preparing to drop a new album.

“We wanted to make some noise with this,” says Kenya Hardaway, svp-integrated promotions, at FX Networks. “’Dave’ was kind of a runaway hit in its first season. There’s a lot of fans for him, the series, and his music. We wanted to find something that would get people’s attention refocused on the show.”

Enter: the drops. They arrived via what Hardaway calls three “outlandish” delivery systems: a drone carrying a standing Dave figure; a remote-controlled anteater (Dave’s sidekick in the new season); and a robot. The contactless deliveries took place outdoors, and audio and screen attachments captured fans’ reactions. Burd himself participated by advising on his character’s wardrobe and recording a congratulatory video message for the winners.

Fans entered the sweepstakes via a microsite. There were 100 winners total, with about 20 people in three targeted markets—Chicago, Los Angeles and Philadelphia—collecting the Dave Drops in person. The production team coordinated with winners to confirm the timing and location for the in-person drops—without revealing anything about the unconventional delivery methods. The remainder of the prize packs were delivered across the country via standard mail.

A remote-controlled anteater was one of three unconventional delivery methods used in the Dave Drops.

Devising safe experiences has pushed FX creatively and logistically to be prepared for whatever the circumstances happen to be when the campaign launches, Hardaway says. Engaging, outdoor events seems to be a sweet spot.

“The pandemic has definitely helped us to target our focus on things we feel will work regardless on the state of the world as we navigate the pandemic,” Hardaway says. “We still want to conceive, create, produce, and execute regardless of what the circumstances are. Things change on a dime. The focus was on making sure we could be ready to deliver on a great program when June rolled around. That’s a focus for everything we’re doing right now. We understand the importance of the IRL element. Our audience wants to immerse themselves in their favorite programs, so we need to be clever to deliver on them.”

The campaign also worked with influencers in each of the target markets—Dyon Brooks, Tim Chantarangsu and Tyler Regan—to create content around the delivery and unboxing of the drops. Agency: Giant Spoon, Los Angeles.

See the drops in action: