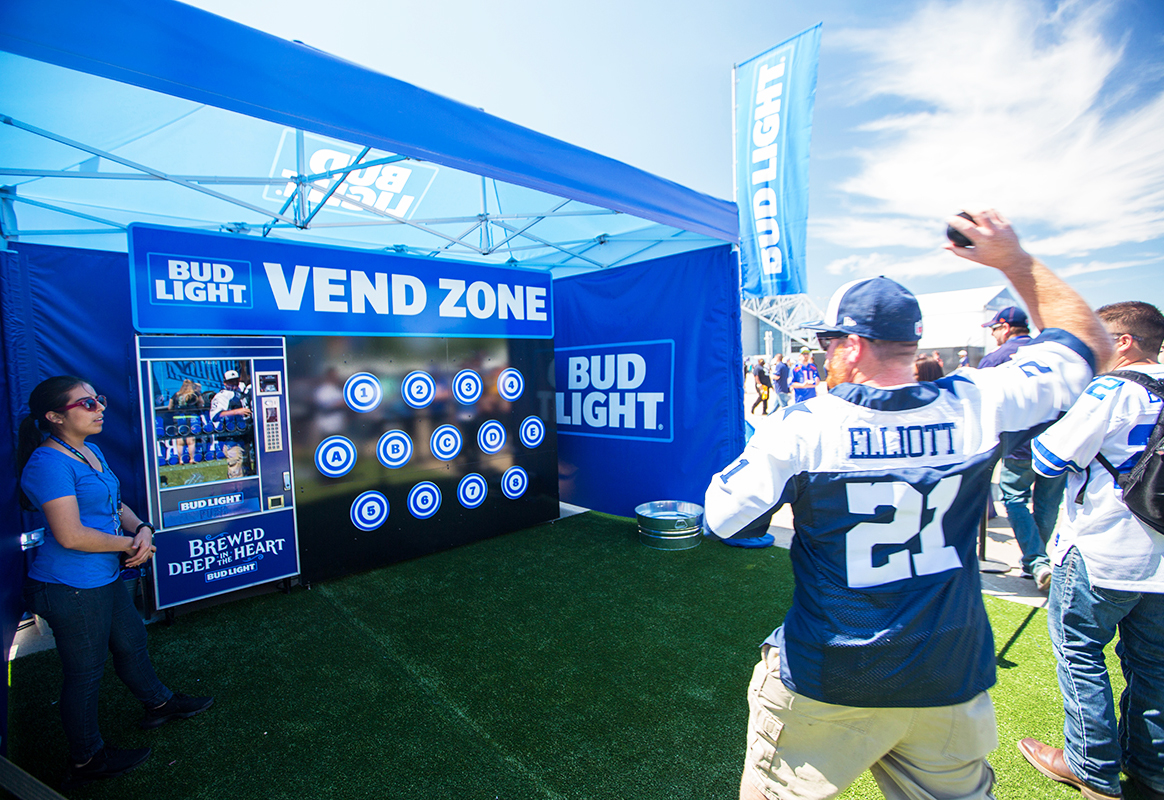 As the official beer of the NFL through 2022, Bud Light needed a sizable presence at the NFL Draft April 26-28 at AT&T Stadium in Arlington, Texas. Because when you’re in Texas, you go big or go home. From a strategy perspective, the trifecta of beer, football and friendship aligned with Bud Light perfectly.

“As a brand, we are always looking to activate where friends come together and the NFL Draft is a perfect example of that,” says Andy Goeler, vp-marketing, Bud Light. Moreover, the Lone Star State is a major marketing focus for Bud Light this year. “We wanted to have an engaging footprint all across the city of Dallas—a city where we do not normally get to activate because we do not have an official team deal there,” Goeler says. “With that in mind, we wanted to make sure we went big.”

On the ground, the campaign’s elements tapped into that larger-than-life Texas pride. Situated right outside of the stadium, the activation included a 50-foot, multi-level Build-a-Bar that served cold beer and live-streamed the NFL Draft. Adjacent to it was a Bud Light food truck, wrapped in the brand’s Brewed Deep in the Heart campaign messaging, that served Texas barbecue all day. Fans could also interact with a massive vending machine, dubbed the Vend Zone, where pairs of friends would take turns throwing balls at letters and numbers to win prizes.

Perhaps the most Instagrammable moment of the activation was a wall of Bud Light cans within a large cutout of the state of Texas, backlit with blue lighting, where ESPN’s Trey Wingo popped in for a meet and greet and to take photos with fans. Another fun photo op could be had with the brand’s medieval “Bud Knight” character from its Dilly Dilly campaign, who walked around the stadium and city.

Localization played a key role in building the activation. The brand’s Brewed Deep in the Heart campaign highlights the fact that the beer is brewed locally in Texas, with elements like special-edition packaging with the Texas star and advertising creative supporting the overall campaign. But the experiential aspect at the NFL Draft was a critical component to the marketing mix.

“As a brand, we don’t just want to advertise to people. We want to give them experiences and content that they want to share with their friends,” says Goeler. “Very few occasions can replicate the volume of highly engaged, enthusiastic consumers who are eager to interact with us and enjoy their day with a Bud Light in hand.” Agency: Fusion Marketing, St. Louis. 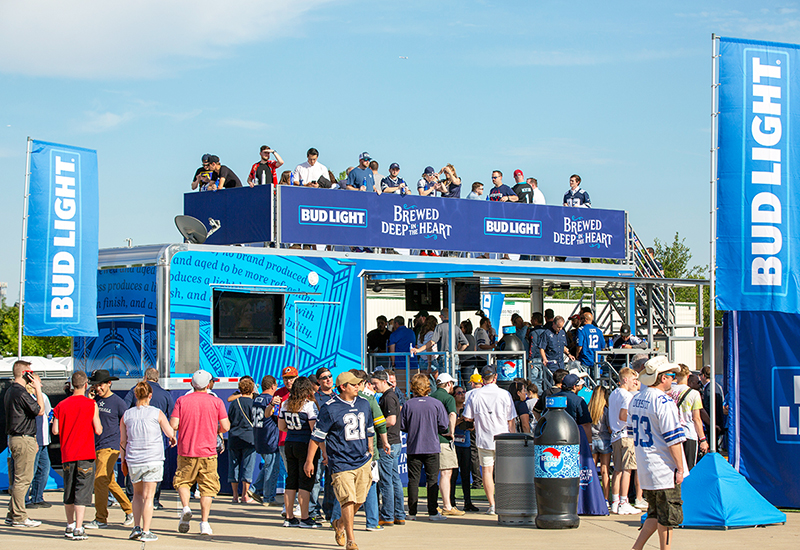 The activation included a 50-foot, multi-level Build-a-Bar that served cold beer and live-streamed the NFL Draft.