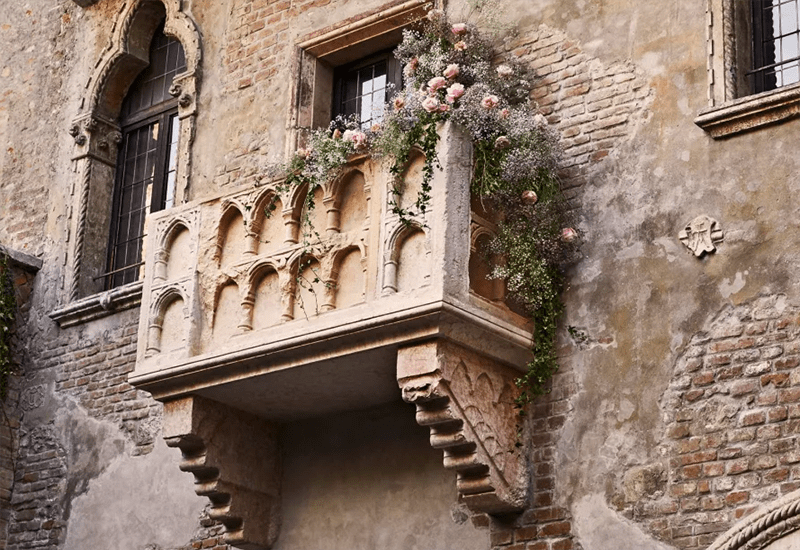 National holidays celebrating everything from hot dogs to bobbleheads may be a modern day marketing phenomenon fueled by social media and p.r., but the modern-day Valentine’s Day holiday, fueled by Hallmark more than 100 years ago, certainly remains the OG. Since it’s a holiday centered on connections, Valentine’s Day presents for experiential marketers plenty of opportunity to flex some creative campaign muscle. After all, marketers are in the love business—the brand love business.

This year’s holiday saw culinary events, themed sleepovers, sweet partnerships and campaign offshoots. Follows is our coverage of what went down across the marketing landscape. 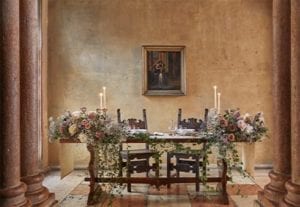 Parting wasn’t such sweet sorrow for the lucky couple that won Airbnb’s Valentine’s Day promotion. The online marketplace, which is famous for creating marketing campaigns around overnights at some of the world’s most iconic destinations (like the Louvre in Paris), may have outdone itself this time. The brand offered a stay at a medieval home in Verona, Italy, that has long been associated with Shakespeare’s Romeo and Juliet. The home even features a balcony, added in the 20th century, to replicate the play’s most famous scene.

To win the contest, entrants were required to write a love letter to Juliet, sharing their own personal love story and why they and their partner would be the perfect guests. The experience included sleeping in Juliet’s bed—the original from Franco Zeffirelli’s 1968 film version of “Romeo and Juliet”— as well as a candlelit dinner in Juliet’s dining room, served by a personal butler; a demo with Michelin star chef Giancarlo Perbellini; a chance to curl up by the fireplace and pore over a few of the thousands of love letters sent to Juliet each year from across the globe; and a private tour of Verona with a professional photographer. 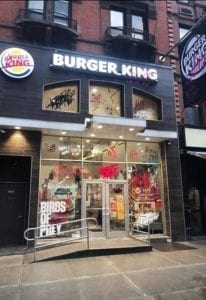 Burger King is well-known for its tongue-in-cheek messaging, and Valentine’s Day is no exception. The fast food giant this year teamed up with Warner Bros. to deliver an anti-Valentine’s Day campaign that simultaneously promoted the new movie “Birds of Prey,” about the character Harley Quinn, who has been dumped by The Joker. Leaning on that theme, BK on Feb. 14 gave consumers in New York City, Los Angeles, San Francisco and Boston a chance to exchange their ex flames’ printed photos for flame-grilled Whoppers at select locations. Participants simply tossed their photo into “Birds of Prey”-themed “breakup boxes” to receive their free burger. Consumers in New York City were also invited to bring in love letters, stuffed animals or a specific piece of clothing to claim their reward. The promotion was valid through Feb. 16.

Women’s sleepwear brand Lunya redefined “good in bed” and female pleasure for its Valentine’s campaign, creating a gift guide, a 30-second spot, a blog highlighting Q&As with real couples, Instagram polls and a full-page ad in the New York Times featuring a woman wearing Lunya underwear with the headline “I come first.” (saucy!). For the program’s experiential component, the brand popped up at The Grove in Los Angeles with a temporary retail shop and a two-day activation. The “Dream Sensation” activation invited consumers to tap into their imagination through a multisensory experience featuring light, sound, video and smell. 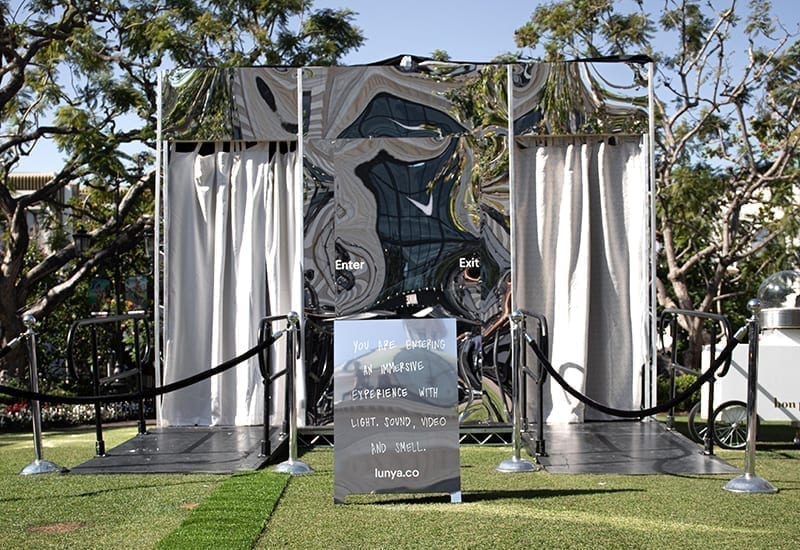 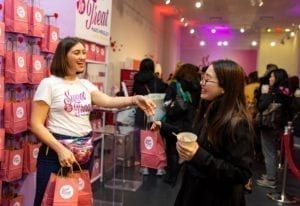 For a third year in a row, Mars Wrigley activated a New York City pop-up featuring several of its confectionery products. New this year was the addition of partner Bumble, which highlighted the activation’s celebration of new ways to create connections, from dating to friendship to business. The pop-up, free to consumers on Feb. 12 and Feb. 13, offered a variety of candy-fueled activities.

The experience began with a wall of pink Starbursts, where attendees were asked to write messages of encouragement or inspiration on pink post-it notes and attach them to the wall. Next, at the “Rockin’ Starburst Nails” station consumers signed up for a mini-manicure in 15 minute increments and chose from “All Pink” and “FaveReds” color palette options. Bumble’s contribution included a Dove Chocolate “All About You” profile refresh in which attendees could use a Bumble representative to help refresh their profiles and create a photo backdrop using one of three styles. There was also a “Mint-or Mint-ee” connection lounge that invited consumers to wear either a “Mint-or” or “Mint-ee” name tag and then strike up a conversation with someone wearing the opposite tag. Guest mentors included brand directors from Dove, and Gum & Mints, as well as Bumble staffers and TV personality Andi Dorfman.

Additional touchpoints included the Dove “Celebrate You” bar offering hot chocolate and Dove Ice Cream Bars, and a generous goodie bag full of Mars Wrigley candy to take home. Peppering the space were different stats from Mars Wrigley research about making connections, such as “69 percent of people said they love the holiday,” and “there has been a 63 percent increase in Galentine’s Day celebrations since 2016.” Dove Chocolate and Starburst were the hero products in the activation, but towers of Life Savers and Altoids added to the décor. 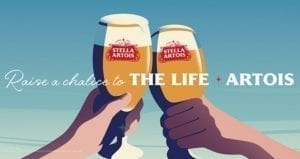 Supporting the launch of its “The Life Artois” campaign, which invites consumers to “slow down” and savor “life’s most pleasurable moments with those who matter most,” Stella Artois guerrilla-style installations painted on public walls and billboards in New York City, Chicago, San Francisco and Los Angeles, designed as “incomplete” love notes inviting consumers to share the notes with “special people in their lives” on social media. In other words, snap a photo and complete the sentence.

The brand also partnered up with Bumble on the “Stella “Heartois Experience,” a pop-up social dining experience for L.A. Bumble members, and Postmates to deliver Stella Valentine’s Day Pack orders complete with chalices, candles, string lights, matches, linen napkins and a six-pack of Stella right to consumers’ doors. And as part of the larger campaign, the brand is hosting a Port de Stella festival series in cities across the country, where attendees can experience “The Life Artois” with music, style and cuisine.

Like many brands these days, Twitter didn’t opt for mushy Valentine’s Day messaging, but rather offered a humorous, cringe-worthy campaign for consumers at London’s Covent Garden. Dubbed the “Dating Twitter Advice Bureau,” the pop-up shop encompassed interactive installations that brought to life real tweets from awkward Twitter conversations about dating, including the wheel of misfortune, the ghosting graveyard, the gallery of awkward silences and a display of weird Valentine’s Day gifts, derived from Twitter users’ true stories. Agency: Flying Object.

Love is in the air. And now it’s in Covent Garden. 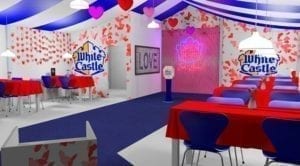 Who knew Valentine’s Day was so popular among fast food chains? At participating White Castle locations this year, consumers could make reservations for a “traditional” Valentine’s Day dinner featuring table-side service, photo ops and plenty of heart-infused décor. The brand expected to serve 30,000 people in 13 states, with reservations available through OpenTable. In addition, a White Castle pop-up restaurant at retailer H-E-B’s San Antonio location offered dinner in addition to a photo booth and live music—reservations sold out in 24 hours.