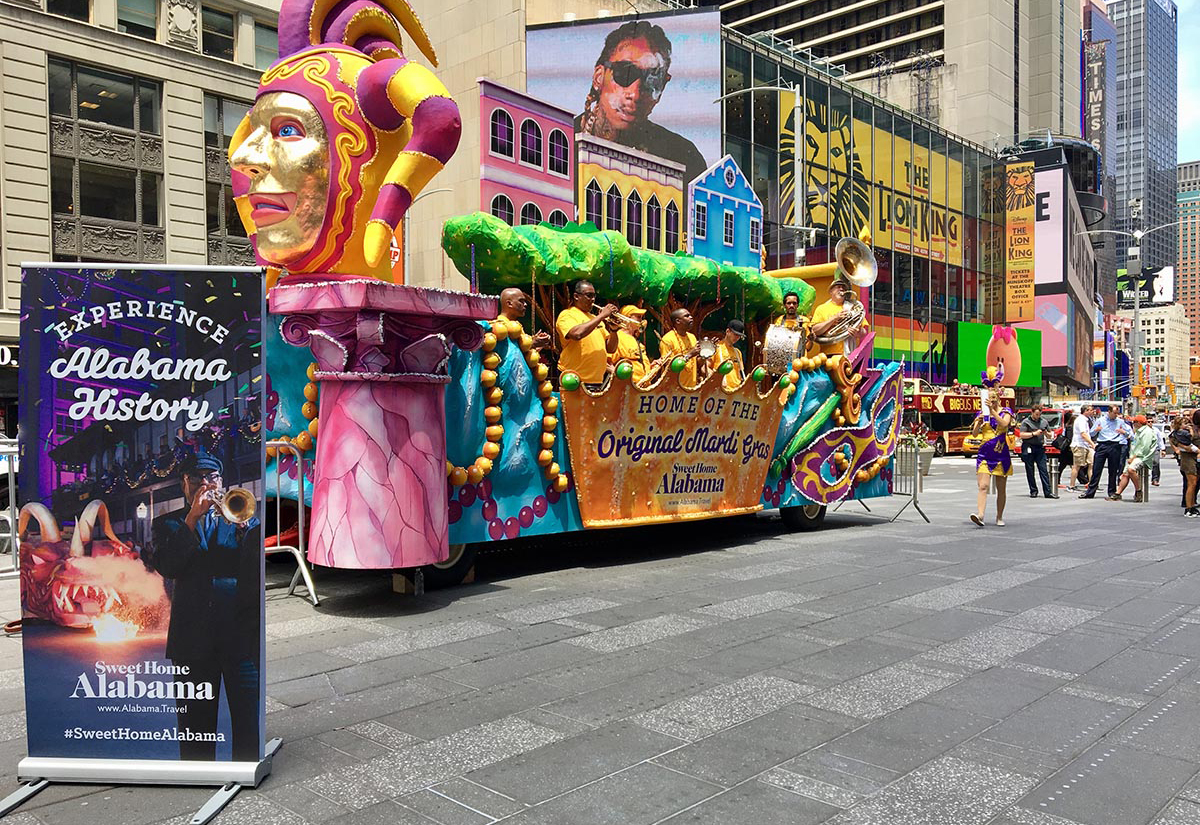 Street Stunts Give New Yorkers a Taste of Alabama 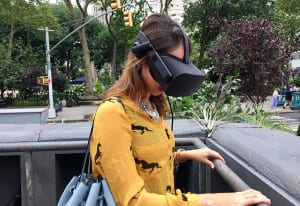 Through street stunts and an interactive activation, the Alabama Tourism Department set out this summer to educate New Yorkers, and beyond, about all that Alabama has to offer. (Did you know that no out-of-state corporations own property along its Gulf Coast beaches? Or that Frank Stitt’s Highlands Bar and Grill in Birmingham has been a James Beard award-finalist for nine years? But we digress.) The program this year marked the second year of the department’s “Sweet Home Alabama” campaign and the ninth year it has leveraged the mass media market of Manhattan. This year, the live events focused on two other little known facts about the state: Mardi Gras and mountains.

On June 15, the Alabama Tourism Department hit Times Square with a Mardi Gras pop-up parade, complete with a custom-built float, live music by the Jambalaya brass band, bead throwing and MoonPies. The goal: to educate consumers on the real origins of Mardi Gras, that it began in Mobile, AL, in 1703—15 years ahead of New Orleans. Mobile’s celebrations are a bit more family-friendly than the New Orleans’ celebrations, hence the tasty MoonPies. The event kicked off the day before with an invite-only event featuring Alabama craft beer, food and live music.

Then on June 16, the Alabama Tourism Department built a replica 20-foot-wide mountain of Little River Canyon in the middle of Flatiron Plaza. “Hikers” wearing virtual reality headsets scaled the mountain and peered down into the canyon viewing 360-degree content of the destination (see the content here: alabama.travel/videos). They then received a digital souvenir photo of their visit to save and share. For the department, both activations appealed to different passion points that Alabama satisfies as a travel destination, including adventurers and nature lovers.

“This is primarily about social media, because it’s a way for us to get into a market that is extremely expensive, and it’s a way to do it without spending a great deal of money,” says Lee Sentell, director, Alabama Tourism Department. “The whole idea is to engage people in their environment with a topic they know virtually nothing about and do it in a playful way that makes them smile and say, ‘Gosh, I never thought about Alabama like this,’ and get people talking about the state.” Agency: Intermark Group, Birmingham, AL.