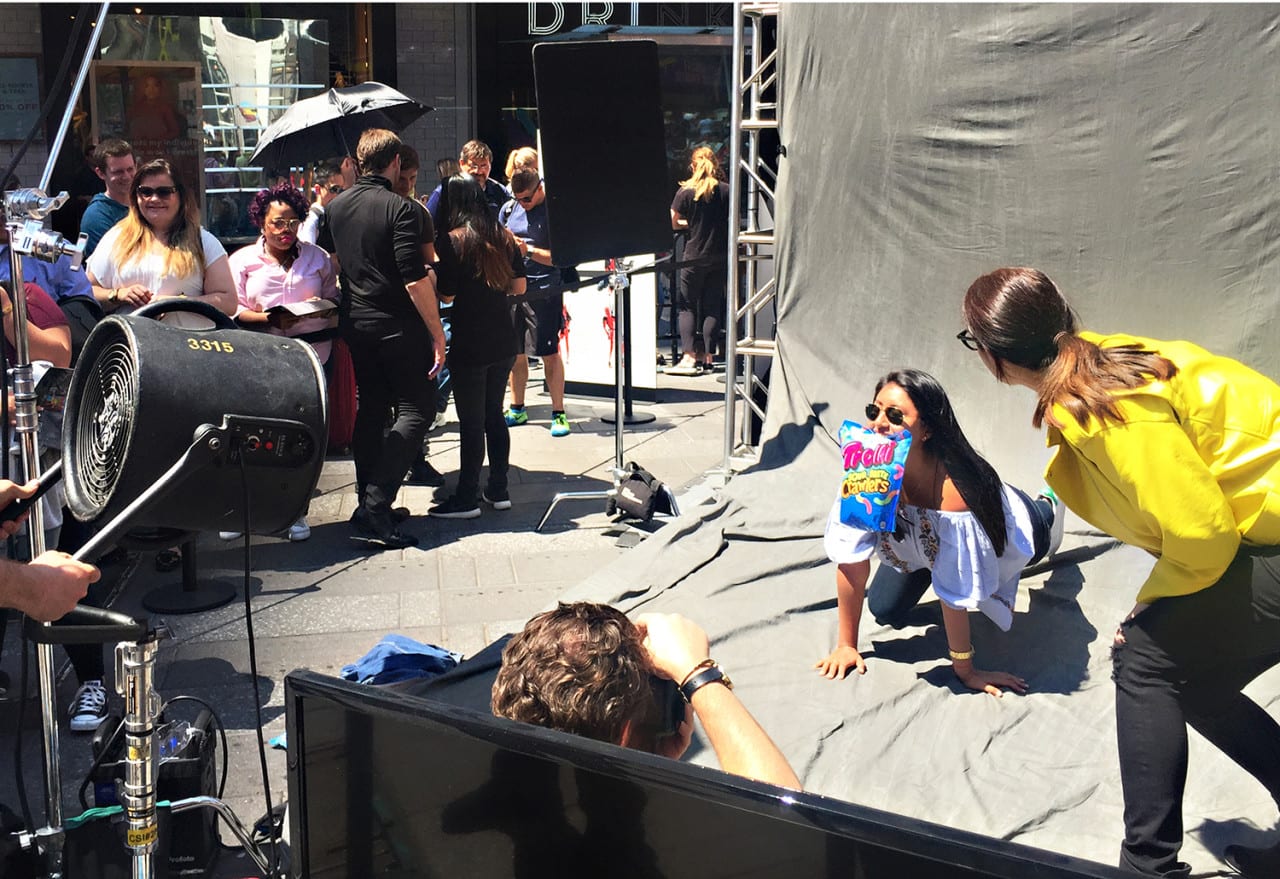 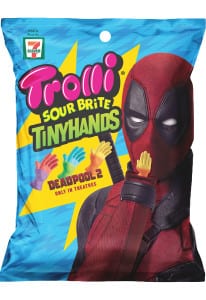 When two tongue-in-cheek brands team up to deliver a campaign called #ShowUsYourPackage, you know it’s going to turn heads. And that’s exactly what “weirdly awesome” candy brand Trolli and the marketers behind the “Deadpool” movie franchise did in New York City’s Times Square on May 7. To promote “Deadpool 2” and Trolli’s new Sour Brite Tiny Hands product, a nod to the first film in which Deadpool has to regrow one of his hands, the irreverent duo parodied a men’s high-fashion photo shoot that broke the rules of conventional marketing campaigns. The creative team fittingly called it “a tiny middle finger to traditional advertising.”

Part of a 360-degree campaign, the Times Square activation mimicked a Calvin Klein photo shoot. Passersby were invited by black- and white-clad brand ambassadors to grab a package of Sour Brite Tiny Hands and flaunt their modeling skills in a high-fashion photo shoot. To get participants in the mood to flaunt their modeling savvy, brand ambassadors offered examples of how to best showcase their (Trolli) package as they distributed samples.

Then it was lights, camera, action, with consumers strutting their stuff as the brands applied a black and white filter reminiscent of Calvin Klein print ads to the photos, with the exception of the candy package, which was displayed in vivid color. The best photos from the experience were then broadcast on Time Square’s massive digital billboard for all to view. Some of Time Square’s larger-than-life personalities, including Spider-Man and the Naked Cowboy, also participated.

“I was impressed with how engaged people were,” says Allison Wyrwicz, senior brand manager at Ferrara Candy Company. “We set it up to be that way, but you never know. There’s no guarantee that they’re going to think it’s as fun as you designed it to be. And people got so creative with their photos.” 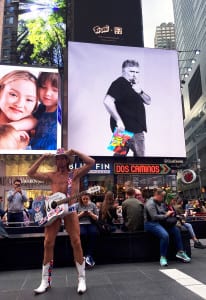 When consumers weren’t posing, they could also grab a Trolli-scented card designed to spoof the kind of fragrance strips found in magazines (nice touch). They could also post a photo from the shoot using #PackagePose for a chance to win a VIP Deadpool experience for two in New York City. The trip will include activities Deadpool would be likely to participate in, like mixed martial arts classes and upscale dinners. Digital fans could also enter the sweepstakes by creating their own #ShowUsYourPackage moment and posting it to Twitter or Instagram.

The campaign microsite also kept consumers engaged. In addition to video content, information on where to find Sour Brite Tiny Hands and sweepstakes details, the site featured an array of Easter eggs embedded in its metadata for dedicated fans to uncover. The tactic breached SEO best practices—something Deadpool would be on board with. According to the brands, it was like breaking the fourth wall of the internet, the same way the character does in the films. (A popular quote from the first film: “Fourth wall break inside of a fourth wall break? That’s like… 16 walls!”)

“Deadpool has strong appeal with Trolli’s core consumer,” says Wyrwicz. “We’ve been looking to build awareness and keep propelling our growth trajectory and the overall popularity of Deadpool makes him a perfect platform for us in that sense.” Agency: Periscope, Minneapolis.