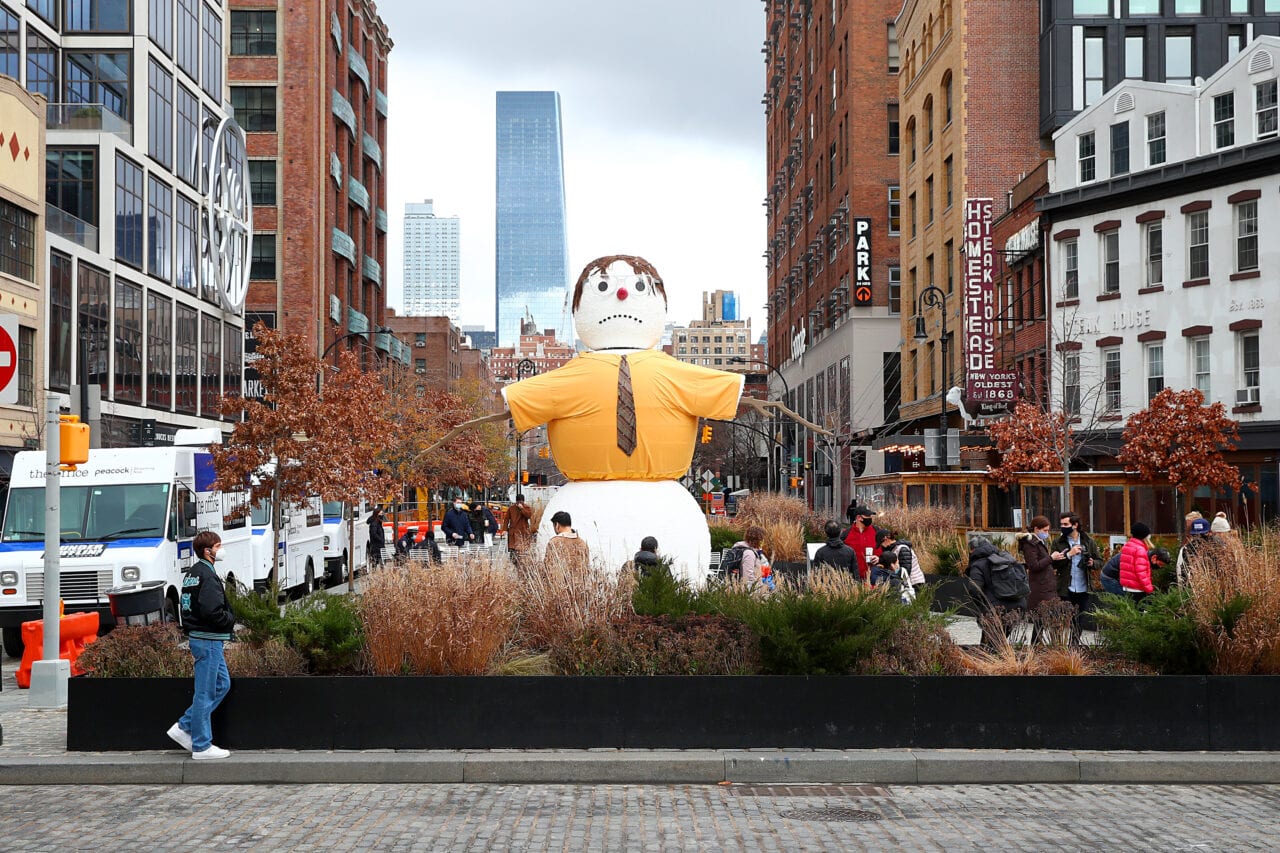 To drum up buzz for Peacock’s recent acquisition of the popular comedy series “The Office,” the streaming platform installed an 18-foot snowman modeled after the character of Dwight Schrute in New York City’s Meatpacking District from Jan. 16-18. Comprised of 150 pounds of fake snow and weighing six tons, “SnowSchrute” was easily spotted by passersby, along with a mini-fleet of Dunder Mifflin trucks (the name of the firm in the series) delivering “Office Supply Kits” to local organizations that support people who are re-entering the workforce.

The strategy, according to Jo Fox, svp-brand marketing at Peacock, was to build awareness of the series’ exclusive home on Peacock while keeping consumes safe amid the pandemic.

“We wanted to create a very no-touch, socially-distanced experience that didn’t require anyone to queue in a line to see and enjoy,” he says. “The 18-foot snowman erected in a well-trafficked area of Manhattan served as a striking visual to grab the attention of passersby as well as a fun photo op. It gave fans a way to play and interact with the series in a totally safe manner.”

Blast from the past:

The installation was also a nod to “The Office” episode that features a snowball fight between Dwight and the character Jim Halpert. Plus, World Snow Day on Jan. 17 and World Day of the Snowman on Jan. 18 each fell within the pop-up’s timeline.

SnowSchrute had several iconic characteristics that were surely recognized by fans of the disgruntled office worker. He donned four-foot wide, wire frame eyeglasses; a middle part made from 464 extensions; and a mustard-colored button-down shirt, which required 18 yards of fabric to make.