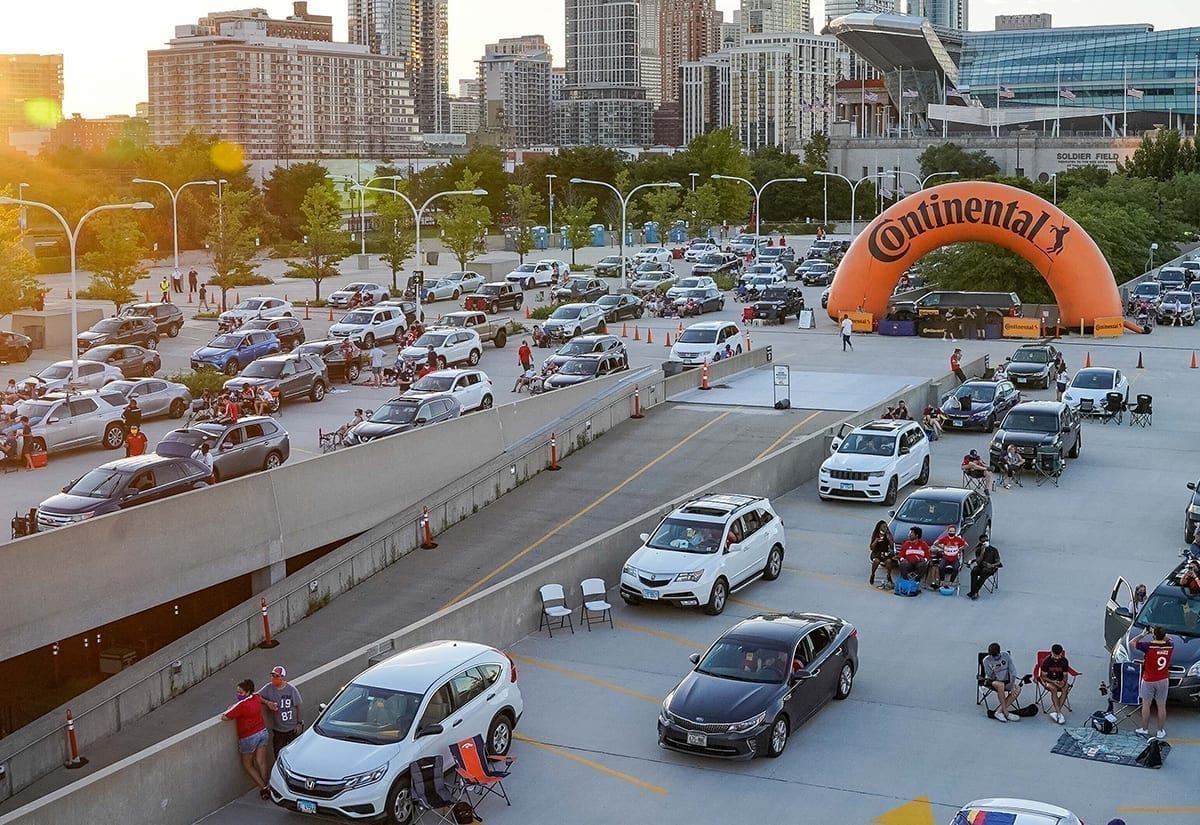 How Brands are Leveraging Outdoor Venues to Safely Engage Consumers

It’s hard to believe that just one year ago we were packing crowds into sports arenas, festival grounds and pop-up environments. In the age of COVID-19, the opportunities to engage consumers in person look vastly different. Experts across the board have pointed to the lower risk of virus transmission in outdoor settings, prompting event marketers to tap into a fresh variety of outdoor venues and programming that allows for social distancing while keeping attendees engaged. Here, we round up four ideas worth stealing.

When Texas began its second phase of reopening this summer, the Legacy West retail center in Plano wanted to welcome customers back while keeping them safe. The solution: three pop-up parklets that increased the property’s social distancing room by expanding its sidewalk. The upscale, 40-foot-long parking spaces were created to provide consumers with places to enjoy takeout items while keeping a safe distance. Each parklet, which will be open through the end of the summer, has a theme: A Summer Night’s Garden bears the same color scheme and design as an on-site floral installation; Tropical Paradise is located by the property’s fountains and features an island vibe while encouraging consumers to spread out; and A Day in the Park, which added space next to a gelato and coffee shop within Legacy West, is inspired by an upscale park environment. The spaces have become popular social media opportunities.

“Instead of just having a wooden plank with furniture on it, we thought, how can we elevate it?” says Rachel Chang, property marketing manager at Legacy West. “We knew people wanted something visual that they could cling to, but we still wanted to respect social distancing.”

Legacy West’s outdoor movie theater is another way to engage consumers safely. The property has several parking garages with extra-large roof spaces, one of which has been transformed into the theater. Turf mats and outdoor rugs serve as social distancing space markers for attendees (Agency: LOUDER Experiences). 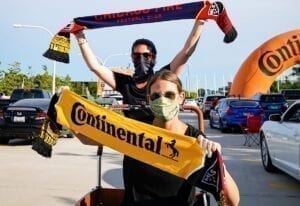 From movie screenings to live performances to watch parties, drive-in experiences have been some of the first outdoor event formats to gain popularity in the wake of the pandemic. Tribeca Enterprises, for instance, has been busy delivering a live event series at drive-in theaters nationwide this summer dubbed “Tribeca Drive-In.” The series, produced in partnership with IMAX and AT&T, features a curated assortment of new, classic and independent movies, along with special music and comedy performances, and sporting events—all experienced from the comfort and safety of consumers’ vehicles.

Fan watch parties are also on the rise. In July, Continental Tire pivoted its traditional Major League Soccer game-day activation into a Drive-in Watch Party for Chicago Fire FC fans. Taking place on the team’s home turf at Soldier Field, the event allowed fans in 300 cars to catch Fire FC’s MLS is Back Tournament game against the San Jose Earthquakes on two giant LED screens (only cars carrying the number of guests legally permitted within the vehicle were allowed entry). The club’s announcer, Tyler Terens, offered a play-by-play. Fans were also treated to the raising of on-site flags featuring each of the team’s “starting 11,” a 50/50 raffle and prizes distributed throughout the evening, which ranged from autographed items to gift certificates (Agency: rEvolution).

When GDX Studios began to see drive-in events crop up, it got the wheels spinning. The agency liked the idea, but wanted to add more of an experiential twist. Enter: The drive-through pop-up, a proprietary framework that details how a pop-up event could be experienced from the safety of consumers’ cars. Much of the experience would be powered by attendees’ phones, which would function like personal remote controls that unlock things like branded filters, AR environments and gamified engagements. The idea is that attendees would have an e-ticket scanned by a masked brand ambassador, move to a waiting zone, then receive a text alert when it’s safe to proceed into the pop-up. The concept hasn’t come to fruition yet, but GDX partner Rose Bowl Stadium is prepared to leverage two empty 400,000-square-foot parking lots to host a drive-through pop-up experience as soon as a brand signs on. 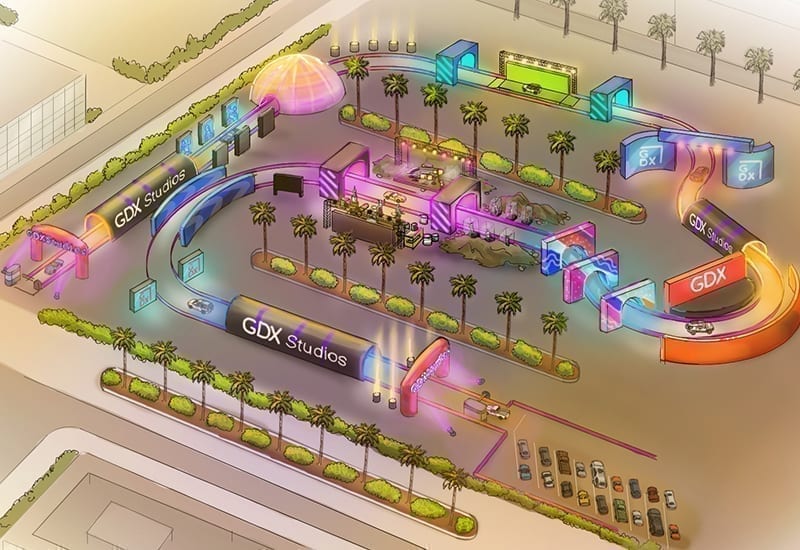 When Austin-based Jester King Brewery began planning its reopening strategy, the brand knew it had to develop a new approach to adapt to social distancing orders. The solution came from Jester King’s sprawling 165-acre property where it connected a series of “attractions” by a two-mile walking trail across its grounds. Along the journey, consumers encounter five picnic spaces that range from a spot just outside the property’s goat barn to a pasture featuring shaded picnic tables to a dedicated green space situated inside the on-site vineyard. At each spot, attendees can order food and beverages remotely, then pick them up at a nearby barn. The experience is reservation-only and can accommodate up to 200 guests over a four-hour period. Between sessions, Jester executes a full shutdown in order to conduct cleaning and sanitization.

“The main attraction, in a way, is the lack of attraction,” says Jeffrey Stuffings, co-founder and owner of Jester King Brewery. “People can have Jester King all to themselves these days, which is a total 180 from how it was before.”