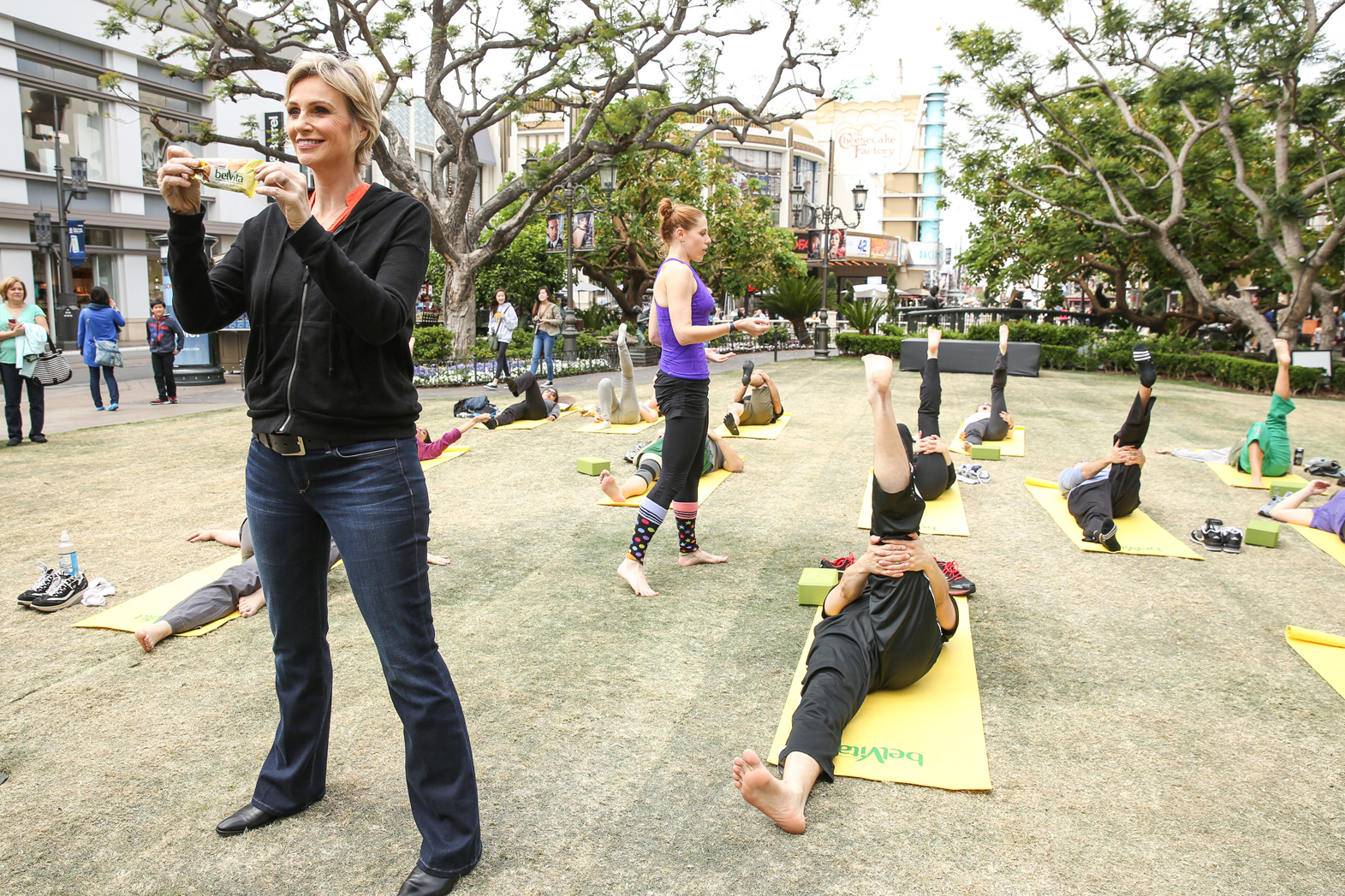 In the early morning hours of April 15, Mondelēz International hit the streets of Los Angeles to promote its belVita breakfast biscuits, a sweet and crunchy morning snack product introduced in the U.S. market last year. The effort was led by brand ambassador, actress and comedian Jane Lynch who visited local hotspots to lift spirits and distribute samples.

Lynch first popped into an L.A. spinning studio to motivate participants with inspiring words about the brand. She then delivered the breakfast biscuits to taxpayers meeting the postmark deadline. Later in the morning she led a motivational rally at pop-up yoga classes held at The Grove in Beverly Hills, organized by belVita in partnership with a local instructor. The campaign continued online as Lynch hosted an interview-style web series on the belVita Facebook page called “belVita Presents: Good Morning. All Morning. With Jane Lynch.” New videos were posted every Monday for the following five weeks, designed to follow the habits of consumers who reach for their smartphones or devices first thing in the morning. In addition, the campaign included new TV, radio and digital advertising.

“belVita is still a relatively new brand and product idea in the U.S., so it’s important for us to employ a variety of tactics and continue to sample the product and give consumers a chance to see how they can enjoy the breakfast biscuits in their own morning routine,” Scott Marcus, senior brand manager for belVita at Mondelēz International, told Buzz. “Doing it with Jane Lynch in a fun and engaging way, which has the all-morning energy message baked in, really adds a lot of brand personality.” Agency: Draft FCB, Chicago.