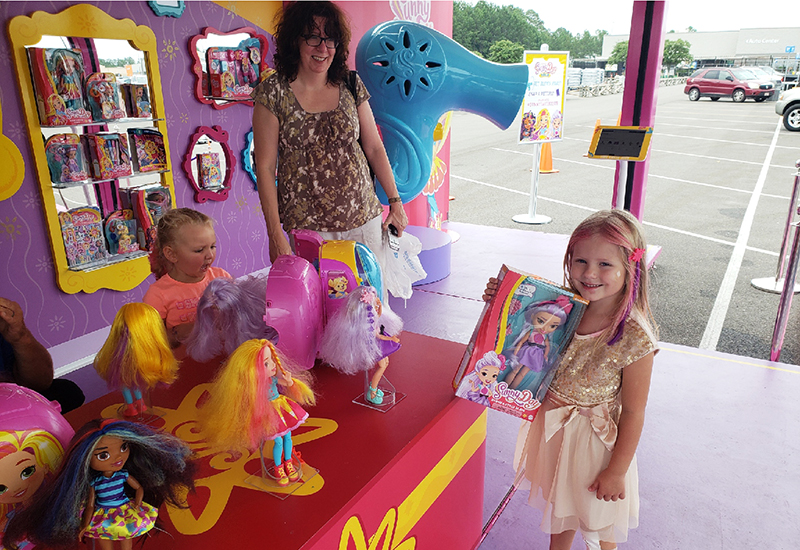 How Toys ‘R’ Us Could be Saved by Experiential in Retail

Brick and mortar retailers have faced increasing competition from online retailers for some time, but Toys ‘R’ Us became a poster child for the issue, and its ripple effects across an industry, when in June it closed hundreds of stores in the wake of a bankruptcy filing and planned auction. Last week, however, investors announced an alternate plan to revive the brand rather than disassemble it. Investors reportedly are working on ideas for stores in the U.S. and beyond, “that could bring back these iconic brands in a new and reimagined way,” as CBS reported.

Toys ‘R’ Us last year revealed it has fresh strategies up its sleeve when it jumped on the chance to sponsor the live-stream cam of pregnant April the giraffe (not to be confused with Toys ‘R’ Us brand mascot Geoffrey the giraffe) at the Animal Adventure Park zoo in New York, which went viral as consumers waited to see the giraffe finally give birth. It then launched the in-store augmented reality app Play Chaser that allowed consumers to scan signage across the store to unlock content and experiences from their devices.

Its next move could involve taking a page from the experiential marketing playbook. Experiential in retail has reinvigorated the brick and mortar space, creating immersive and engaging destinations for brands and boosting retail partner relationships.

Nickelodeon this summer helped drive traffic to partner retailer Walmart by launching and selling its new “Sunny Day” franchise product line exclusively at the retailer for three months and hosting an interactive activation for kids at 50 Walmart stores across the country. For Nickelodeon’s manager-retail marketing Marielle Donahue, the program “highlighted the increasingly important role of experiential in the brick and mortar space.”

Limited Too, the once discontinued and then resurrected (via ecommerce) children’s brand of the ’90s that last year activated a mobile pop-up shop for back-to-school shoppers in New York City. Mo Hedaya, marketing director at Bluestar Alliance, which owns the brand, called it an “experimental run” designed to create a “nostalgic experience” for consumers—most of whom grew up shopping at Limited Too in their local mall and now shop for their kids.

Motorola offered consumers a fresh take on the telecomm space with an Instagrammable pop-up shop that offered eight “zones” designed to make shopping for Motorola products more immersive and customized. The experience allowed consumers to be co-creators with Motorola, rather than simply shoppers.

Online shopping may be taking a bite out of brick and mortar, but experiential in retail for experience-hungry consumers (read: Gen Z and millennial shoppers) can offer a lifeline—and in the case of Toys ‘R’ Us and Geoffrey, a new chapter.