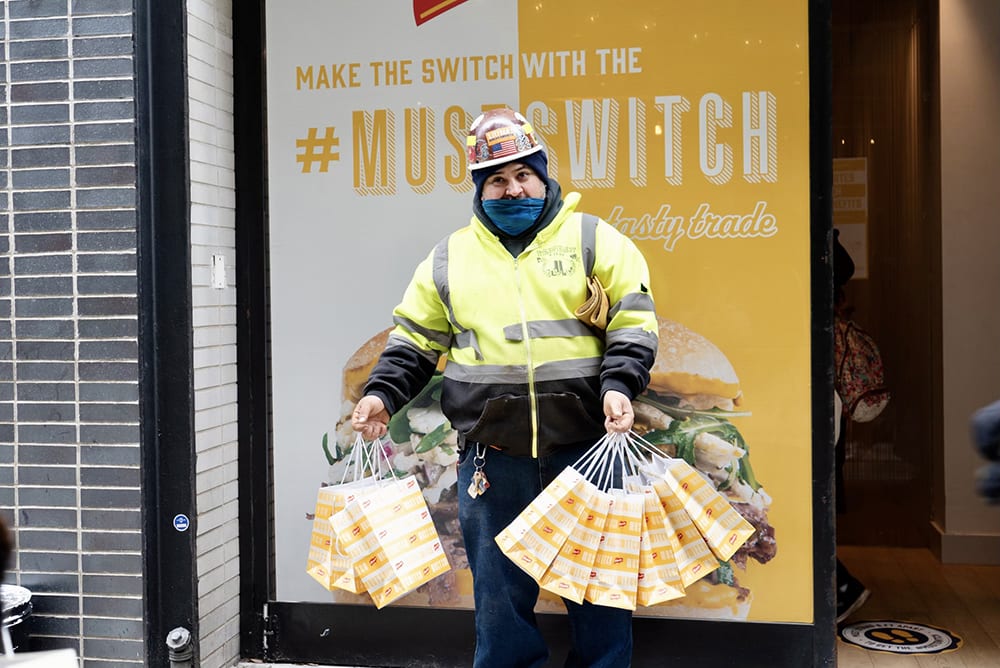 Mayo or mustard? To get a free sandwich from celebrity chef Tom Colicchio, some 750 hungry New Yorkers pledged their allegiance to French’s at a pop-up eatery the brand staged next to the chef’s flagship restaurant, Craft. The MustSwitch sandwich campaign—as in, “must switch from mayonnaise to mustard”—was designed to position mustard as a healthier and tastier alternative to mayonnaise.

Instead of accepting cash or credit card as payment, the pop-up, open March 6-7, offered the sandwich for free if consumers traded in a bottle of mayonnaise or signed a pledge promising “to renounce the bland and rejoice the bright; to make a healthier choice without sacrificing flavor; to make the switch to mustard with the MustSwitch.”

“We wanted to appeal to people who are mindful of the choices that they’re making, even if not sticking to a strict diet, while encouraging people to eat more sandwiches flavored with Classic Yellow Mustard,” says Jill Pratt, chief marketing excellence officer at French’s. “The MustSwitch campaign offered a playful sense of urgency in its name, while also suggesting mustard as a simple swap anyone can make.”

The activation reminded consumers of their health and wellness goals in a time of year when they may have broken their New Year’s resolutions, according to Pratt. “By activating in early March, we carved out a quieter media moment that helped our simple ‘switch’ message break through,” she says.

The pop-up took over the private dining space Craft at Home. The location allowed the grocery-store staple to create a fully branded French’s experience that was attached to but separate from the restaurant. The design reinforced the “switch” messaging as it shifted from all-white to all-yellow as consumers moved through. Anyone trading in mayonnaise could roll their bottles and jars down a chute, and there was also a pledge wall and step-and-repeat (Fitzco, Atlanta, handled). 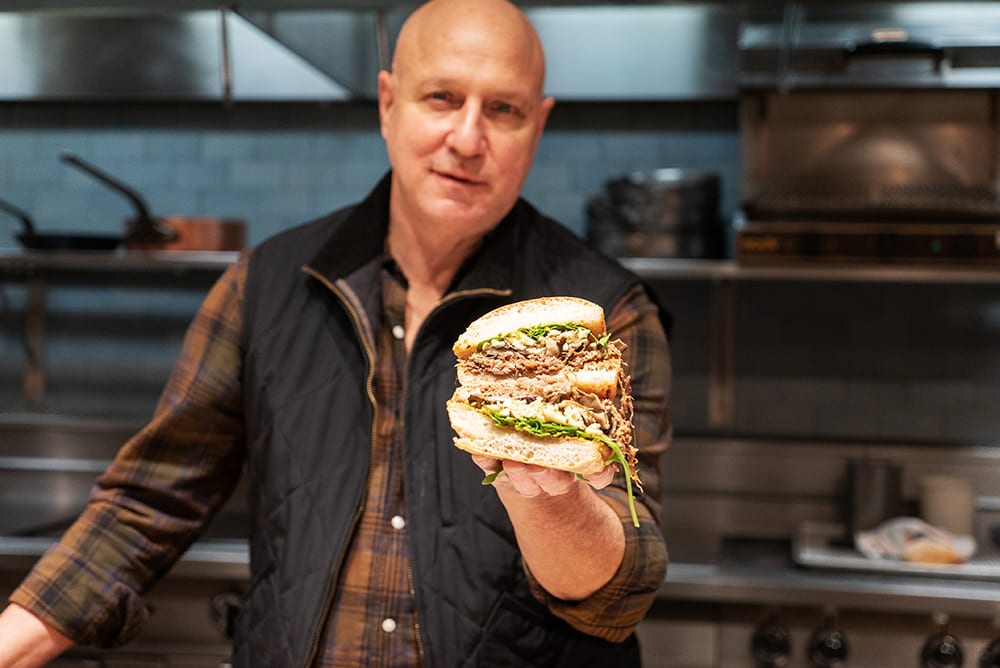 Chef Tom Colicchio created the sandwich, which consumers could pick up from a pop-up that took over the “Craft at Home” space, a takeout storefront created to serve customers during the pandemic. The sandwich used French’s Classic Yellow Mustard in two ways: as a braising liquid for the flank steak and as a condiment atop of sautéed mushrooms, marinated cauliflower and arugula.

In addition, the activation reached a national digital audience by offering a limited number of make-at-home sandwich kits for online order and nationwide delivery by Craft. The full recipe is also available at Frenchs.com. French’s gave the James Beard Award-winning chef minimal guidelines for developing the sandwich concept.

“We wanted something different and surprising but were not overly prescriptive because we had a lot of trust in Tom and his team,” Pratt says. “The ask was for French’s mustard to be an ingredient, not just a finishing spread.” Colicchio opted to braise the flank steak in French’s Classic Yellow Mustard before shredding it atop a ciabatta roll with sautéed mushrooms, marinated cauliflower and arugula.

The pop-up builds on previous activations that included a French’s mustard ice cream truck that handed out scoops throughout New York and a mustard beer that was poured at tap rooms throughout the U.S.

“What we’ve learned from all these activations is that there is success around taste and trial of Classic Yellow Mustard in a unique way. To expand our reach, we have strategically added nationwide shipping to our partnerships, as well as make-at-home recipes,” Pratt says.

Parent company McCormick has activated throughout the pandemic, including a “Tacos Together” campaign in which Drew Barrymore cooked from her kitchen for a virtual audience on Instagram Live. Frank’s RedHot Virtual Homegate featured Eli Manning in an at-home version of a tailgate; and Zatarain’s celebrated a stay-at-home Mardi Gras with porch parties and food donations.