Executive Q&A: Lexus Goes ‘All In’ on Gaming With a Concept Car Designed by Twitch Users – Event Marketer

Executive Q&A: Lexus Goes ‘All In’ on Gaming With a Concept Car Designed by Twitch Users – Event Marketer
Subscribe
Log In 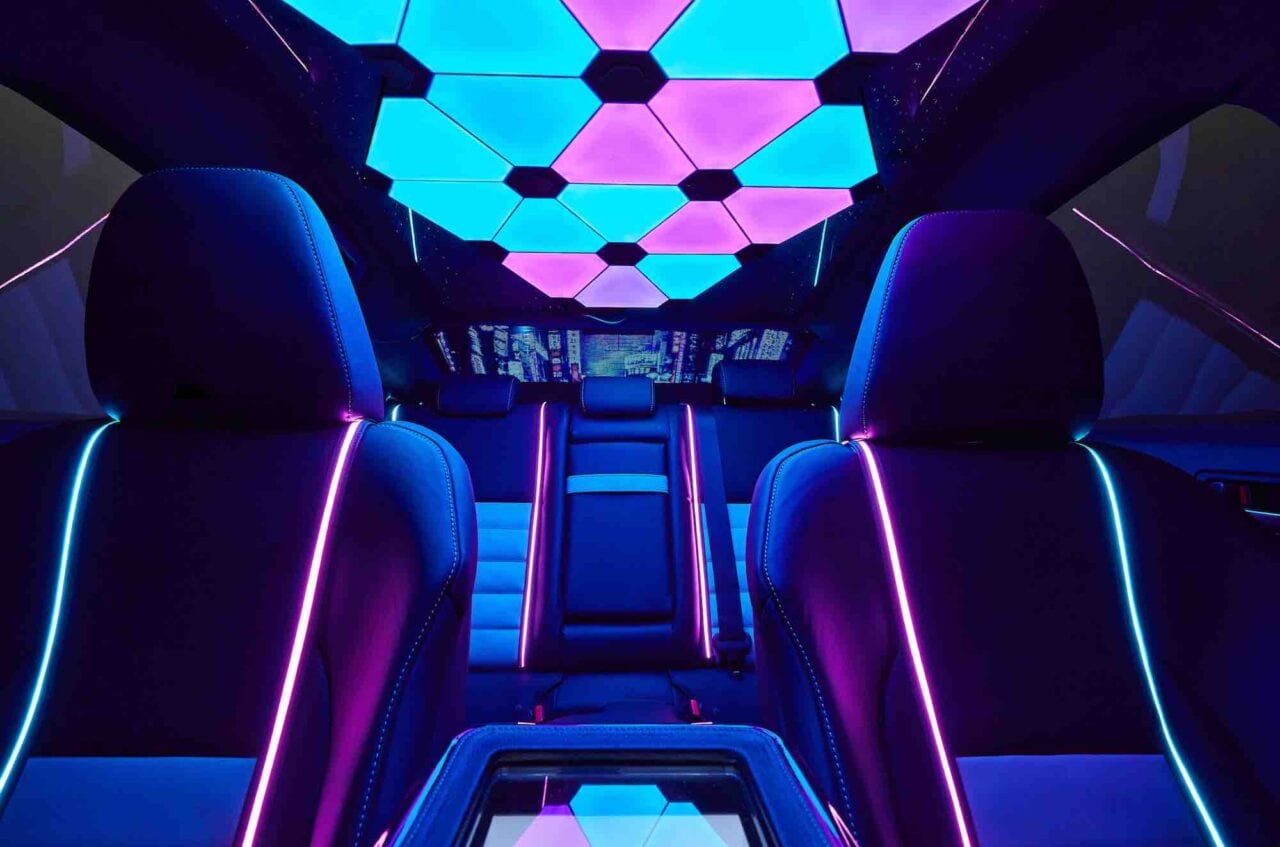 Executive Q&A: Lexus Goes ‘All In’ on Gaming With a Concept Car Designed by Twitch Users

To engage younger consumers and support the launch of its 2021 Lexus IS sports sedan, the luxury carmaker recently staged a pair of interactive, livestreamed events on Twitch that concluded with a unique takeaway for the gaming community: a Lexus IS concept car designed by the attendees. More than half a million viewers tuned into the first event, a two-hour livestream on Jan. 13 hosted by gaming influencer Fuslie, to vote on which design modifications to incorporate.

The reveal of the Gamers’ IS, as the brand refers to it, was designed to engage a passionate group of consumers that Lexus sees as potential new buyers of the 2021 IS model. It’s part of its new “All In” marketing campaign that targets audiences equally passionate about their interests, including motorsports fans, travel enthusiasts and audiophiles.

We caught up with Vinay Shahani, vp-marketing at Lexus, to discuss the Gamers’ IS reveal, lessons learned from marketing to this audience and how experiential has evolved for the brand during the pandemic.

Event Marketer: Why is the gaming audience important to Lexus? And why did you choose to do this kind of interactive experience?

Vinay Shahani: The Lexus IS is a no-apologies sports sedan. When you look at the target buyer and specifically their media behaviors and the leisure activities they tend to gravitate toward, gaming emerged as one of the key passion points. And it’s not a surprise given that this is the youngest and most diverse Lexus buyer we have in the lineup. The goal was never to reach gamers for the sake of it; we want to be authentic to the passion points of the target customer. And that’s where the idea of appealing to them through the platform of gaming made a lot of sense, particularly for this model, which is the perfect canvas for that type of activity.

EM: Your ‘All In’ campaign targeted other groups, too, including fans of motorsports, travel and fantasy football. What experiences are you creating for those other audiences?

VS: What found that these young consumers tend to go “all in” on their passions—and their passions are broad and wide. We worked with a number of other media partners to create content to celebrate those passions that they go all in on. We used the Yahoo Fantasy Football gaming platform to serve up custom banner ads of the IS. Another example was working closely with MotorTrend to feature a race between downhill skateboarder Josh Neuman and race car driver Rhys Millen. That was a longform content video, but we served it in all the right places to get to the consumer. Then with CNN, we created a documentary-style campaign featuring travel expert Jessica Nabongo on her quest to become the first Black woman to visit every state in the U.S.

EM: What were the strategic marketing goals of the two livestreamed events on Twitch—the vote and the reveal?

VS: The idea was that this would be the first vehicle designed by and for the Twitch community—the ultimate gaming space. We obviously wanted to engage people and we also wanted them to learn about the IS. We’re still tracking the results from the partnership, but we’re pretty pleased with the engagement numbers we saw. We had more than 554,000 unique viewers tune in for the first livestream in January to chime in on what customization they wanted to see in the vehicle.

Personally, this is my second time working with Twitch on a major marketing activity. I was with another brand the first time and it was back in 2015 when Twitch was in its early stages of working with brands this way. But I can tell you they’ve come a long way. We had early dialogue with them on what our goals were and they helped us curate the experience in a way that would be authentic to the product. 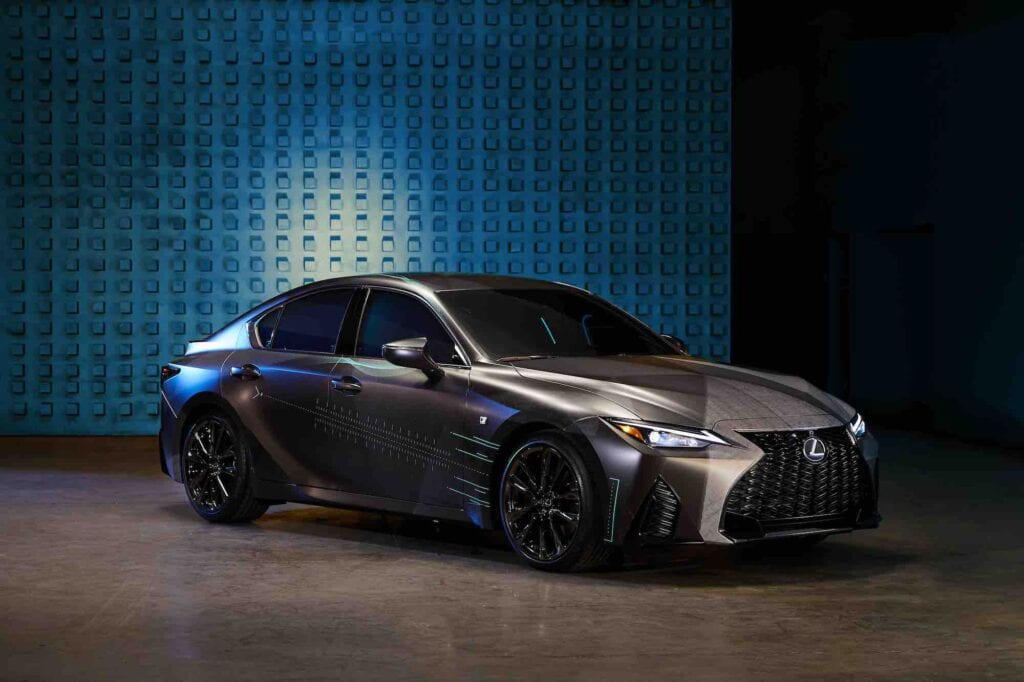 The Gamers’ IS concept car featured a black ops-style exterior wrap, an electric neon interior and a “Cyber”-themed 3D printed controller, among other touches.

EM: How did you market these streams to consumers?

VS: It was predominantly through social, but also leveraging Twitch to help get the word out to the community. With the youth-oriented target customer for the IS, consuming digital media is part and parcel. So that was by far the most effective way. And we honed in on targeting abilities based on experiences across other marketing platforms and campaigns we’ve done.

EM: Though the Gamers’ IS is a concept model, are you expecting increased sales from this?

VS: There is absolutely an expectation that we’re going to sell ISs through this. In fact, we’ve seen a huge lift in consideration for the model after the campaign. Granted, there are many different moving parts within the campaign. We had a broadcast piece. We had digital. We had social. We built this vehicle. We also built an audiophile vehicle with a turntable inside of it. So there were a lot of arrows in the quiver, so to speak. But ultimately, we saw huge lift in model landing page views for the IS. We’re getting reports back from our dealers that they’ve never seen this many young people coming in and buying the IS, especially compared to the prior generation IS. It’s been an effective way of driving interest and relevance within a group where for many people it will be the first time they’re joining the Lexus family.

EM: Will Lexus continue to market to gamers or is this a one-off thing?

VS: At this point we don’t have any immediate plans with Twitch, but it’s going to be a strategic option for us moving forward, particularly as we launch new vehicles. We just announced another variant that will be for sale on the IS platform, the IS 500 F Sport. This is a high-performance, 472 horsepower, V8-powered IS sports sedan. This one is for the gearheads out there. We’re looking to draw connections between the IS 500 and the things that we do with motorsports. The F lineup has a storied history with the Lexus brand, so this is another way that we can tap into some of the passions of these Gen X and Gen Y folks who are still interested in sedans in a market that’s so dominated by SUVs.

EM: Any lessons learned from creating an experience for gamers that other brands can learn from?

VS: Twitch was a great choice for this partnership, given its large, enthusiastic community and the live, interactive nature of the platform. One of the key learnings for us was to involve the community, in this case gamers, early in the process. We wanted to make sure that they had a genuine connection and excitement about the IS and that their viewers understand the level of authenticity instantly. When you’re choosing an influencer, in our case Fuslie, you want to make sure that their personality is well aligned with your brand as they’ll become a temporary face of the brand to a whole new community. Lastly, along the lines of being authentic, you want to let the fans be themselves and have fun. We saw from the comments and engagement with the users that Fuslie really resonated with the audience. You can’t underscore enough the importance of having a credible, authentic personality to pair up with.

EM: How has Lexus’ experiential marketing initiatives evolved over the past year?

VS: Focusing on digital engagement for this campaign was important because people were spending a lot of time at home. The timing of the stay-at-home orders across the country meant that we could probably double down on that strategy and be OK. Whereas typically we do out-of-home advertising, we shifted more of our media to in-house and we wanted to provide entertainment and content that lined up with our audience’s interests as they navigated this pandemic safely.

A lot of our auto shows ended up getting canceled. So, we opened up four Lexus IS pop-up experiences around the country. This was a way to recognize that we can do this safely. We had proper social distancing, proper sanitization of the vehicles and product specialists that would stay six- to eight-feet away from consumers as they were coming in. We located these in high-traffic locations around the country as an intercept model. As people are walking by and see this Lexus IS pop-up experience, they’d be able to walk in, check out the product with no pressure and learn about other models in the lineup. We were pleasantly happy with the results in terms of the traffic and engagement. We had people telling us, “Wow, it was so great to be able to get out of the house and do something safe and experience the Lexus brand in this way.” It was shocking to me how many people were thrilled about it.

EM: What’s next in experiences for Lexus? What do you have coming down the pike?

VS: We are working through the plan for the rest of the year. I would say auto shows is a big one. We’re trying to understand from show organizers what is actually going to take place this year. I think as the vaccine rolls out around the country, we’ll have more flexibility. Later this year, we’re looking at SEMA, the Specialty Equipment Manufacturers Association. We’re still talking to the organizers of SEMA, but our desire would be to get back there later this year when the coast is clear, so to speak. We do a lot of activations across culinary, across golf, across health and wellness. That’s a new pillar that we’re going after. So, more to come from us, but the plan is to naturally ease back into these face-to-face consumer activations. Because I think, number one, consumers are hungry for that type of opportunity. And number two, it’s naturally going to get safer as the vaccine rolls out and we get closer to herd immunity.