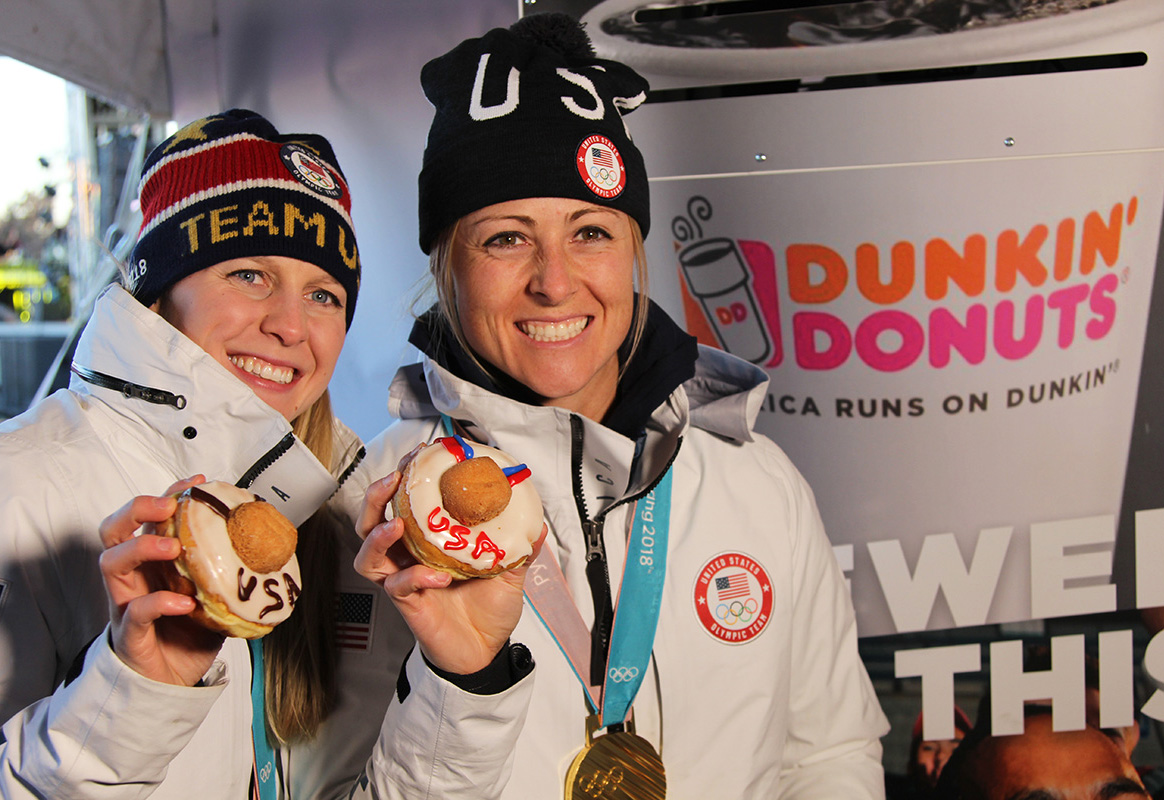 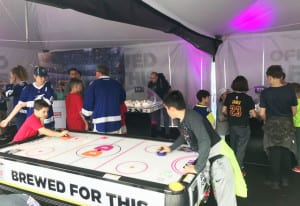 Inside the footprint, there were air hockey games, bubble hockey games and other activities.

Hot coffee and a winter sport. It’s a natural alignment. But for Dunkin’ Donuts, the official coffee, donut and breakfast sandwich of the NHL and the official coffee and QSR restaurant of the National Women’s Hockey League, hockey is about the fans. Through no-fuss, family-centered engagements, Dunkin’ has set out to do more than post stadium signage and hand out free hot beverages—though, that’s certainly an important piece of the program.

Its partnership with the NHL, which began in January 2017, came to life at three jewel events this season surrounding the sport: the NHL Winter Classic, an outdoor event that took place on Jan. 1 at Citi Field in Queens, NY; the NHL All-Star Game that took place Jan. 28 at Amalie Arena in Tampa, FL, and the Stadium Series, also an outdoor event, which took place on March 3 at the U.S. Naval Academy in Annapolis, MD.

“It’s such a natural marriage where we’re not only just in your everyday lives giving you coffee and warming you up on your way to practice, but it translates well to these chillier events and being able to bring fans warmth,” says Kemma Kefalas, Assistant Marketing Manager for Dunkin’ Brands, Inc.

At each of the jewel events, Dunkin’ Donuts activated its Brewed For This zone, a tent activation in the events’ fan zones. Surrounded by other booths, Dunkin’ cranked up the volume with bumping music from a live dj and the promise of a warm beverage. Outside the footprint, fans interacted with the coffee “Cupy” mascot who dances and lures in crowds. Inside the footprint, there were air hockey games, bubble hockey games and other activities. “They’re just fun games that are hockey-focused, nostalgic and team-sport-oriented,” Kefalas says.

In a photo booth against a branded step-and-repeat, fans snapped photos while hoisting a giant Dunkin’ cup cutout over their heads, as if it were the Stanley Cup. The photos were printed on-site and emailed to them instantly for them to share out on social media. “We want to be able to stand out a bit and pull the crowd in, not just to grab a small sample cup of cold brew or hot chocolate, but to really engage them and leave them with a great taste in their bellies and also a great taste in their memories of the time they spent with Dunkin’,” Kefalas says. 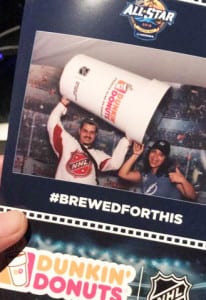 Fans could snap and share a Stanley Cup moment.

In addition to its partnership with the Women’s National Hockey League, Dunkin’ Donuts supports the U.S. Women’s Hockey Team that this year was fresh off a gold-medal victory from the Winter Olympic Games in South Korea. Members of the team came to Dunkin’s footprint at the Stadium Series to take photos with diehard fans. Dunkin’ also executed a seat upgrade contest, which was won by a young female hockey player and fan and her family.

“These fans are just so die hard to the sport, so much so that they’re going to sit in these cold outdoor arenas and come early and go to the activations, so we just wanted to engage them the best was possible through music, coffee and other games,” Kefalas says. “It’s simple stuff but it really resonated with our fans.”