How Dell Technologies Hosted a Launch Event on a Movie Set 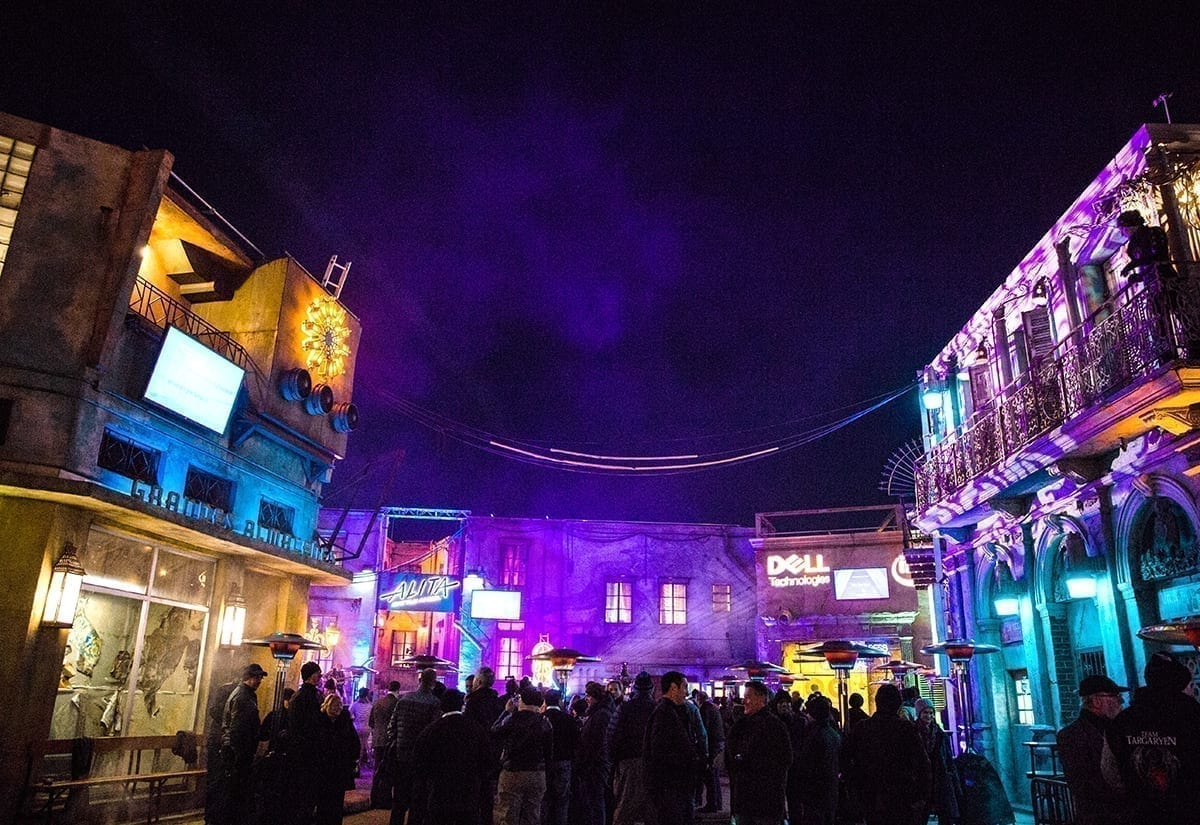 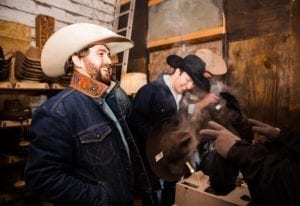 Cowboy hats retrieved from the on-site haberdashery were offered as takeaways.

Events within events have been trending for some time, but Dell Technologies elevated the concept at a launch event that served as part of the broader Dell Technologies Summit, held for press and analysts, in Austin. The conference theme, Next Data Decade, around the power of data to advance human progress, was brought to life for the reveal of Dell’s PowerOne server, which took place on—get this—the actual set of “Alita: Battle Angel,” a 2019 film about a cyborg set centuries in the future. The experience, held last fall at Troublemaker Studios, included photo-ops, a custom drone show, movie props, VR activations and plenty more. All this on what the brand described as “the coldest night in Texas, ever.”

“We wanted to give attendees a highly experiential opportunity to see technology in action in a really cool way, as well as build up the city of Austin because it’s a great city; we were created here,” says Summer Shaffer, global strategic partnerships-experiential marketing at Dell Technologies. “We wanted to take people out of the ballroom that they’ve been sitting in all day. A lot of these folks are coming in from all over the world and often don’t have a lot of time to explore, so we brought the things that are great about the city to them.”

The journey began in a plaza area featuring a stage where Dell executives offered remarks and thanked everyone for attending. Given it was an unseasonably cold night, there were also actors and extras from the film in costume handing out scarves and other items on-site to keep attendees warm. The items were later donated to local human and animal shelters. Additionally, strategically placed heaters found throughout the set offered warmth and a little ambience. (“Especially in that environment, the more heaters you have, the more it looks like it’s part of the design, so embrace it and people will have fun,” Shaffer says.)

Attendees were then treated to a custom drone show that underscored the autonomous infrastructure story that Dell Technologies was telling throughout the Summit. The idea was to exhibit autonomy visually for attendees. The choreographed show featured images including an outline of the state of Texas, Dell’s logo and a classic UFO.

Go inside the launch event:


Next, attendees were released into the “city” to explore the set and participate in activations. To make the experience more seamless, Dell mimicked the themes of the set’s various vignettes where possible. Like the built-in haberdashery, which the brand used to distribute cowboy hats to attendees as takeaways (howdy, Texas) and the café, where a bar was set up and catering was offered. TV monitors built into various pieces of the set allowed Dell to beam out messaging, as well.

“Especially from an experiential marketing perspective, we had to think a bit outside the box,” says Shaffer. “People immediately go to what they know and if you have a big group of 400 people, they think the only place you can take them is a ballroom. But I think it’s remembering at the end of the day, people are people and a cool experience is a cool experience. So it was taking a little bit of a risk to take people outside of what they’re used to in a structured conference like that into something else—and everybody thought it was fantastic.” Agency: Lacy Maxwell Experiential.

More scenes from the launch: