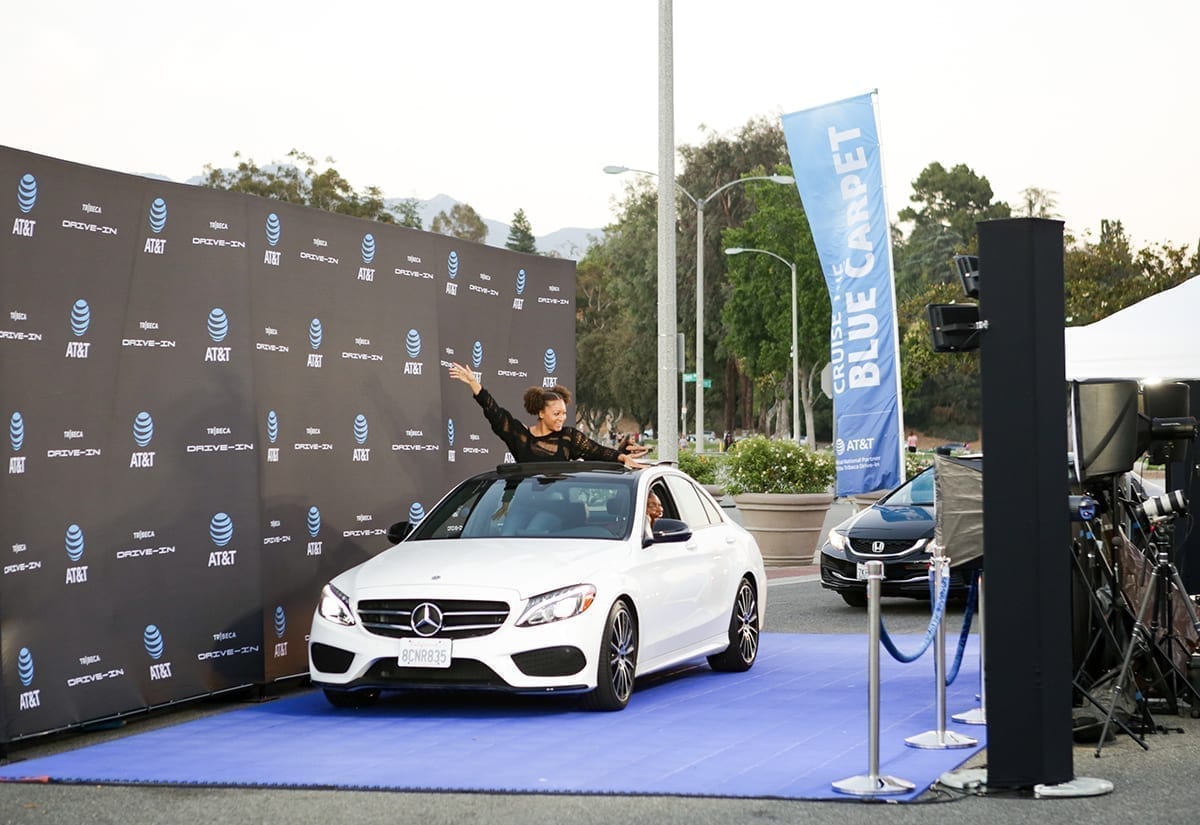 When physical events started coming back to life following lockdown, some of the first to emerge were part of Tribeca Enterprises’ summer drive-in series. Rolled out in markets across the country, the experiences feature a curated assortment of new, classic and independent movies, along with special music and comedy performances, and sporting events. For each Tribeca Drive-In experience, the company works with local vendors to support small businesses. Programming focuses on unity and resilience, and helps bring the storytellers and artists of Tribeca’s renowned film festival to the masses.

“We wanted to find a way to provide an entertainment option with low risk and big entertainment value,” says Pete Torres, chief operating officer at Tribeca. “Drive-ins have been a part of Tribeca since the early days. Healing and bringing communities together through entertainment and storytelling has been in our DNA since the beginning. We knew from experience that the drive-in platform was a safe way to gather and we felt it was our duty to step in and support frontline workers and families.”

The series features a handful of sponsors, chief among them being AT&T, which activates on-site. To find out how sponsorship is evolving in the age of COVID-19, we tapped Shizuka Suzuki, assistant vp-sponsorships and experiential marketing at AT&T, for her insights.

Sponsorships involve long-term planning, but in the wake of COVID-19, AT&T recognized that it needed to rebuild its plans for the year from the ground up. After going through the motions of scenario-planning, the team “dove into” research and data.

“What we’ve had to do is plan again in order to execute in a world where things are much more digital, or if they are in-person, where they have to be contactless to be safe,” says Suzuki.

THINK OUTSIDE THE BOX

It might sound like a no-brainer, but sponsor engagements need to look a lot different than they did a year ago. For the Tribeca Drive-In series, AT&T not only had to create socially distant experiences, all of them had to be conducted from the safety of consumers’ vehicles (attendees were not permitted to exit their vehicles outside of restroom stops and food pick-ups). To make it happen, the brand introduced a “cruise the blue carpet” photo op that allowed attendees to drive up to a—you guessed it—blue carpet featuring a step and repeat backdrop, cutouts of figures made to look like the paparazzi and a soundtrack featuring the “reporters” asking attendees to strike a pose inside their vehicles (or by peeking out of the sunroof, as many attendees did).

There was also a phone-based trivia game AT&T leveraged to engage attendees who arrived on-site early (MoZeus handled). By navigating to the trivia website and creating a car avatar, attendees could participate in the movie-themed contest before the main event, earning prizes along the way. As part of its AT&T Thanks program, the brand also dished out items like blankets, mesh pillows and hand sanitizer to existing customers. Rounding out the sponsorship was a nod to AT&T’s front-line employees, who received complimentary access, reserved parking and giveaways.

“We were thinking about it from the perspective of what do we want the fan experience to be in this world of contactless experience,” says Suzuki. “What are those things, as we think about movie events or film festivals, that are exciting and fun and make it really special? How can we bring that to life to folks in a safe manner?”

Whereas AT&T would typically have relied on an army of brand ambassadors to help facilitate its activation, the number of people on-site at Tribeca Drive-In events had to be reduced to adhere to health and safety regulations. In place of live staffers, AT&T relied heavily on signage and design components to communicate with attendees.

“Everything about the planning of experiential and activations in the time of COVID is really about flipping that script,” Suzuki says. “In this case, we did have to reduce the number of BAs. In lieu of that, we had to have that communication happen via signage or design elements. As I think about whenever normal returns or the new normal happens, some of those key learnings that we had around the usage of design elements and signage will mean maybe having a few less BAs in the future.”