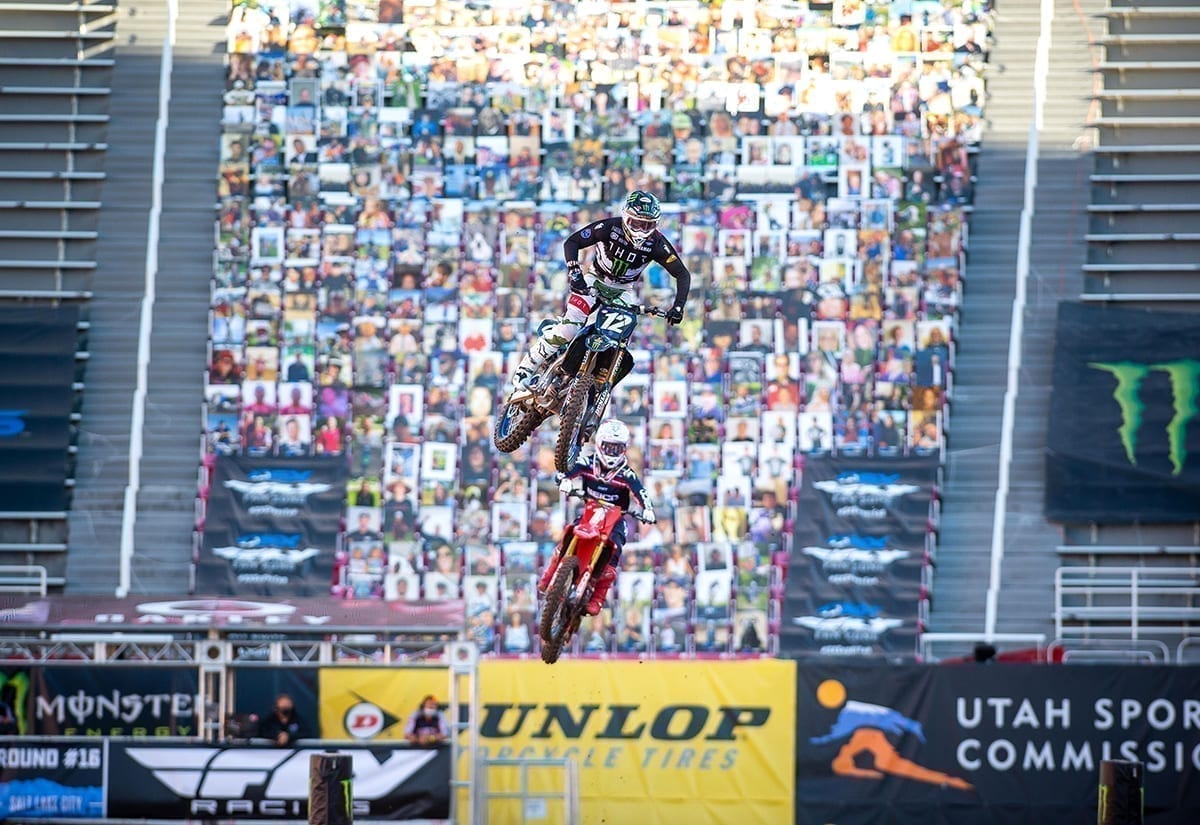 Reopening Lessons from the Sports World: Supercross Finishes its Season

After a forced hiatus in mid-March due to COVID-19, Monster Energy AMA Supercross resumed made-for-TV-only racing on May 31 at Salt Lake City’s Rice–Eccles Stadium. The reopening plan included mandated prescreening and testing, PPE, sanitization efforts, social distancing, and a partnership with Alpinestars Medical Unit, which assists on-site. Even though there are no spectators, each race requires more than 500 people on-site. And as the experiential marketing world continues to look for clues about what a comeback strategy might look like this year or next, it’s worth taking a look at what Supercross did to make its racing events happen.

Ahead of the regular season’s final race on June 21, we checked in with David Prater, director-operations for Supercross at Feld Motor Sports, for insights on the decision-making process, challenges the team overcame, and how the off-road motorcycle racing championship is keeping sponsors happy and fans at home engaged.

An exercise in “parallel paths.”

Like brands in the experiential marketing world, Supercross was waiting for a “spark” within the sports world that would help the property decide its next steps in finishing the season. With the news that Major League Baseball was considering scenarios to jumpstart its season, the Supercross team began having conversations with venues in five different states, in addition to their governors’ offices and local health departments, in order to understand each state and venue’s plans and protocols that needed to be considered.

“Those five different states were extremely different as far as geography and populations, but they all were really keying in on the same types of prevention plans,” Prater says.

This helped Supercross ultimately develop its on-site guidelines and best practices in Utah for mitigating risk associated with COVID-19, while helping it plan and prepare to meet all local guidelines and regulations that are expected to become standard at sporting events across the country.

Among those best practices was a formalized health-screening process and social distancing plan Rice–Eccles Stadium. All of the groups in attendance at Monster Energy AMA Supercross races—team members, support staff, camera crews, executives, and the racers themselves—are required to fill out a health screening questionnaire in advance. They also must sign a health and safety commitment to follow protocols on-site and, once in the city, they must take a COVID-19 test and wait for the results to come back negative. At the venue, they sign additional waivers and undergo a temperature screening when they arrive. Everybody is then required to wear a mask at all times while inside the perimeter.

The next challenge for the fall and looking ahead to the 2021 season, is how and if races will be able to have spectators, and determining the requirements in every state and at every venue where Monster Energy AMA Supercross intends to race. 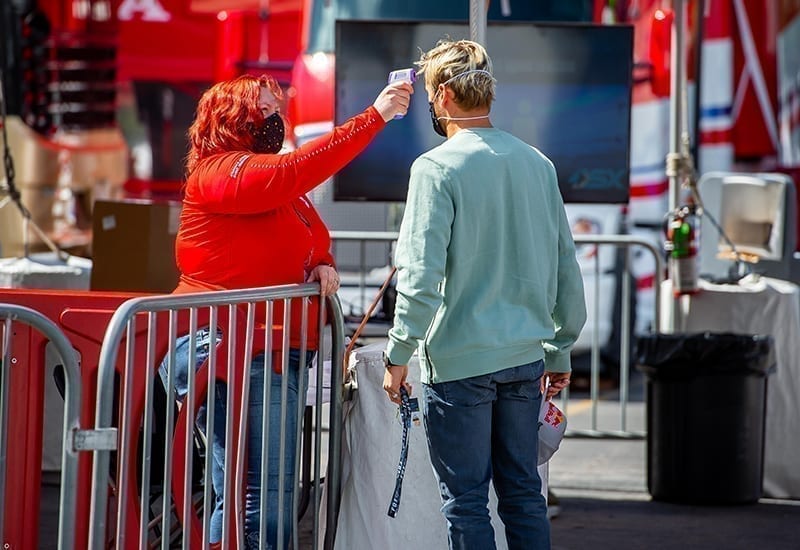 All individuals on-site at the final Monster Energy AMA Supercross races of the season, which took place without spectators, were required to fill out health screening questionnaires, sign commitments to follow protocols, take (and pass) a COVID-19 test, and undergo a temperature check when they arrive at the stadium.

Not having fans in the stadium for the final races means thinking creatively for sponsors who, with made-for-TV-only racing and social distancing, lose out on engagement in the fan festival, which is a six-hour event prior to races where fans hang out and engage in sponsor activations and partners. To give sponsors a boost for the final races, Supercross has increased event signage and logos on the TV broadcast and scheduled more social media callouts.

As for the fans, Monster Energy AMA Supercross not only increased the racing schedule from one to two races each week, racing every Sunday and Wednesday, rather than just Saturdays, it also created a space in the stands at the stadium to honor superfans and allow them to attend in spirit. Fans are invited to go to SXSuperFan.com and upload their picture, which is then placed on a large poster board in a seat in the stands.

“We’re at around 450 or so photos in the south end at Rice–Eccles Stadium, so we highlight that on social media as well as in the broadcast,” Prater says. “It’s just a fun way for fans to show their support. And even though it seems simple, a lot of the riders and teams, and even us, appreciate it. It’s nice to see smiling faces over there even if they are just photos.”

Throughout this process, Prater says multi-stakeholder group planning has been essential—from being in constant communication with multiple venues at the same time to consulting with other leagues and racing series to speaking with state and local health departments and governors’ offices. Based on all that information, and taking into account federal CDC guidelines, the property developed its collective plan.

“Fortunately, we were one of the first to get out there and implement the plan, but it truly was the sporting world in general coming together to help move things forward,” he says.