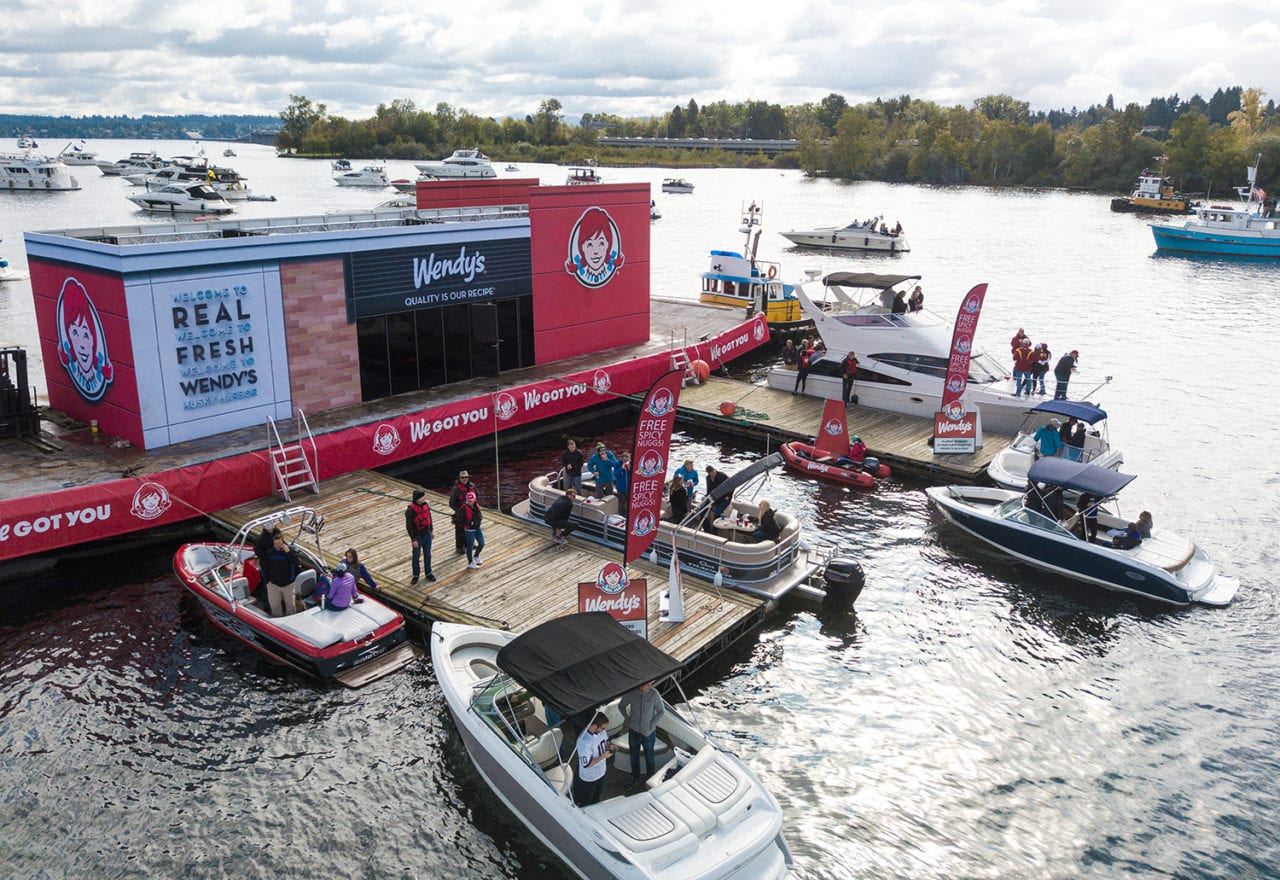 Wendy’s Floats a Sampling Barge for Huskies ‘Sailgaters’ in Seattle 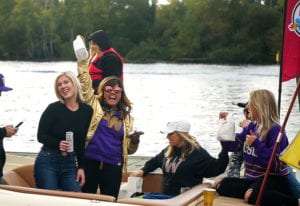 To enhance the “sailgating” activities that take place on the water in Union Bay outside the University of Washington’s Husky Stadium in Seattle, Wendy’s in September built a restaurant on a barge that served up hot menu items to football fans on their boats. The event took place during the USC matchup, and was part of Wendy’s sponsorship program as the Official Hamburger of the NCAA. The 130-foot-long barge featured a 60-foot by 20-foot fully functioning restaurant on top (yes, they cooked on this thing, and had refrigeration). The barge was pulled out into the bay by a tugboat for the event and anchored in place along with two docks that extended out allowing boaters to motor in and pick up burgers, spicy nuggets and Frosties. For those sailgaters that didn’t want to lose their place on the water, two branded search and rescue boats made deliveries, too. Touchdown. Agency: The Marketing Arm. Build: ASV.