Visible Sets its Sights on Austin with a City Takeover, Local Partners 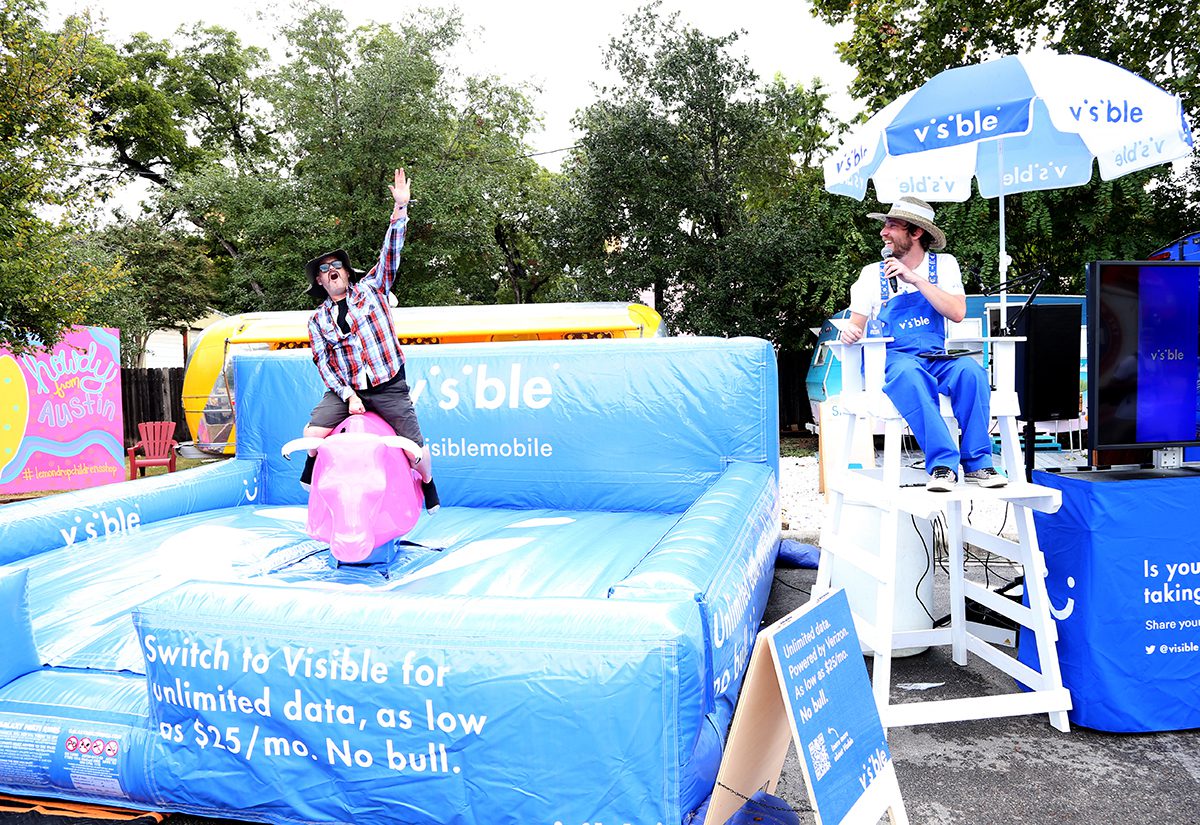 Visible Sets its Sights on Austin (and Taunts T-Mobile) with a Takeover, Local Partners 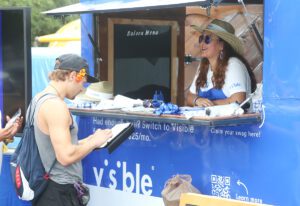 Building on lessons learned from a previous takeover campaign in Denver, Visible, the cheeky, all-digital phone service brand owned by Verizon, set its sights on the Austin market with a 12-week campaign involving experiential and local partnerships across the lifestyle, food, music and sports categories, as well as an activation that made its debut the during the Austin City Limits music festival, Oct. 1-3 and 8-10.

The activation, designed to disrupt the sponsor landscape on-site and, specifically, poke festival sponsor and competitor T-Mobile, featured a “T-Mobile pink” mechanical bull ride inspired by Visible’s “wireless without the bull” campaign marketing messaging. The footprint included wood paneled walls, ranch-style gates (painted Visible blue), ambassadors clad in blue overalls and cowboy hats, instructions to “opt into going for a wild ride,” the bull ring, an announcer stage and a branded “swagon.” Consumers could switch to Visible service on-site, or sign in at a kiosk to opt-in to receive more information. Current Visible customers were eligible for “extra-special swag,” but all riders walked away with a prize.

“We did a deep analysis of both market and consumer research for Austin, and really tailored our efforts to this community’s preferences and liking to ensure it speaks the right language,” says Pearl Servat, head of brand marketing at Visible. “The overarching creative strategy was all about leveraging locally known and notable names to help carry the narrative of the brand and to help accelerate it.”

The activation comes on the heels of last year’s Red Rocks Unpaused, which reshaped what meaningful partnerships could look like for a digital-first brand, and Visible’s #ProudlyVisible Pride campaign that launched in June but is designed to continue the conversation with storytelling throughout the year. This latest campaign was inspired by elements from both of those programs. Combining them in Austin to create a “holistic marketing push,” the brand plans to repeat the strategy in multiple markets over the coming months.

“We’re calling this a ‘heavy up’ sort of moment, but then beyond this, we’re going to continue to maintain a presence in the market, so that it doesn’t feel abrupt with comings and goings,” Servat says. “I’m so happy that omnichannel is back. With this campaign, we’re bringing elements of the national plan to this local campaign and reorganizing them so that they speak to you in a different way as a local. And through ‘breadcrumbing,’ we’re building that trust and familiarity and doing things that will resonate and create an a-ha moment for you.” Agency: Madwell, Brooklyn, NY (activation). 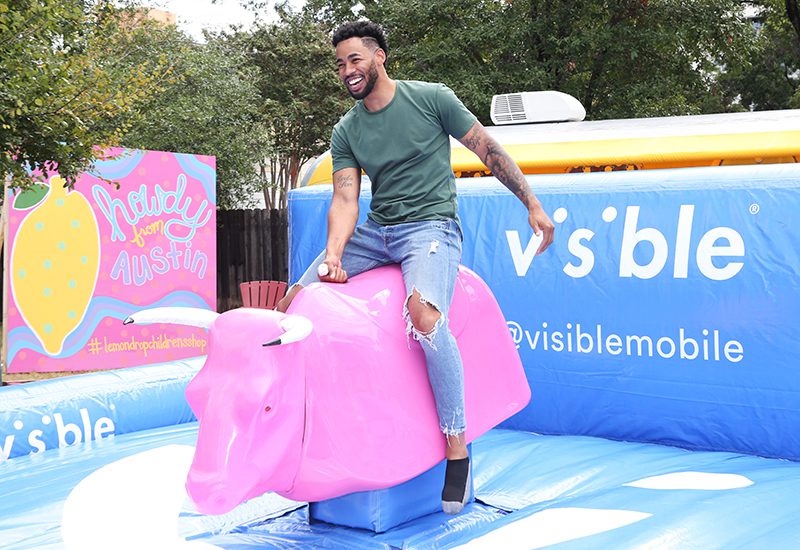 Visible is leveraging hyper-local tactics to appeal to its target markets, like mechanical bull-riding in Austin.