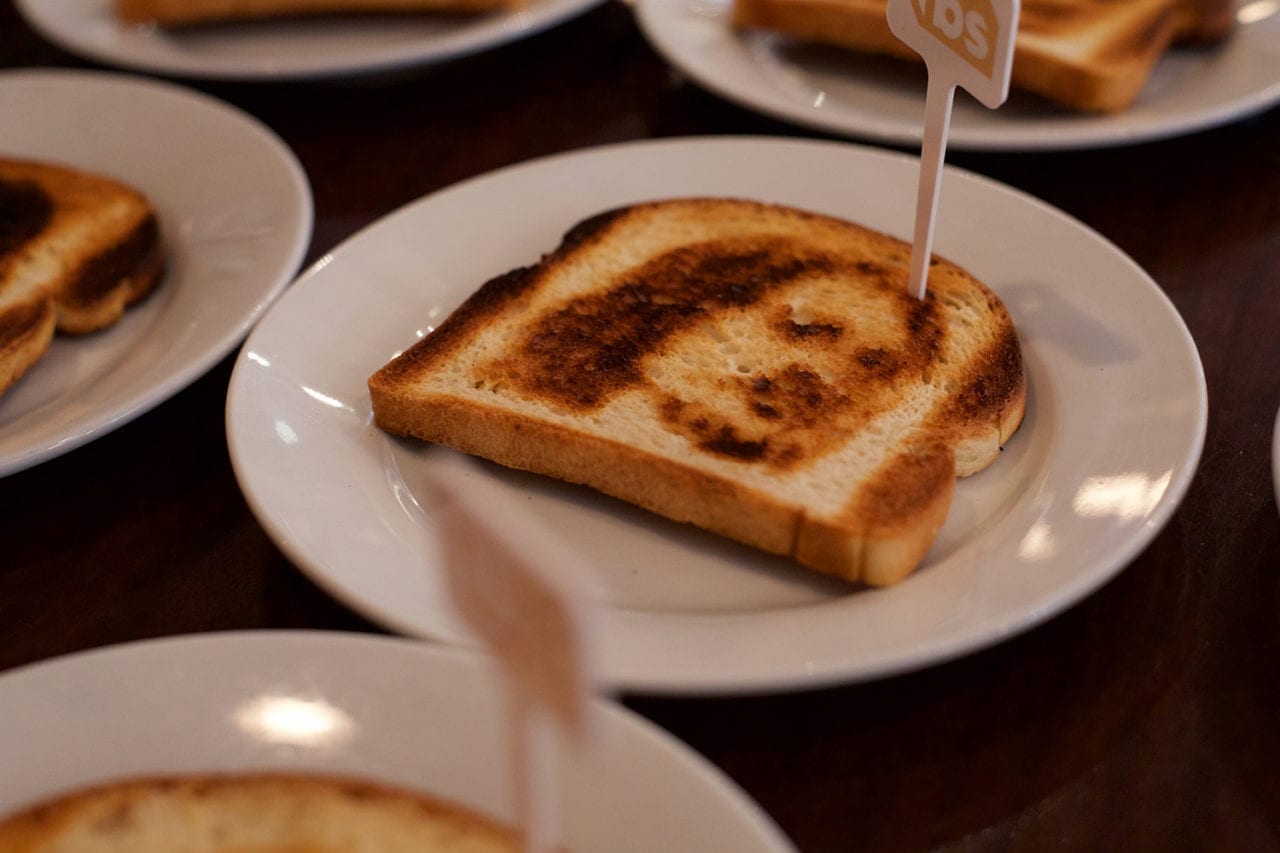 The conference and meeting space is pivoting to virtual. But for consumer brands struck by cancellations of major events that were to serve as campaign platforms this quarter, the pivot calls for a slightly different formula.

To help you reimagine your consumer programs as digital engagements, we’ve compiled a roundup of contactless “event” ideas to help get your campaigns off the ground. If you’re a subscriber, head over to Campaign Finder where you can search our database of award-winning campaigns for even more inspiration.

If your brand is targeting an audience in a market where takeout dining or delivery is permitted, take a look at this stunt TBS executed ahead of the premiere of “Miracle Workers” starring Steve Buscemi, who played “God.” The brand took inspiration from reports around the world of people spotting religious figures in unexpected places and teamed up with brunch spots to serve toast with Buscemi’s likeness burned onto the surface. Read the full story here. 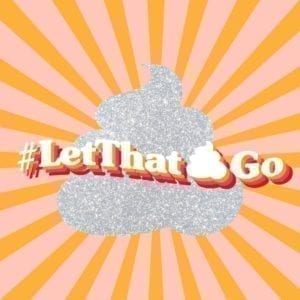 At the end of a digital “journey” consumers take with Poo-Pourri, they are awarded a graphic to share on social media.

To support its live event program at Super Bowl LIV, Poo-Pourri created a digital “Let That Sh*t Go” experience accessible anywhere via a microsite. Participants enter their name and email address and click on the entrance to get started. Then, they head down a digital tunnel where the brand asks them to type in a negative thought they want to “flush” away. At the end, they get a graphic to share on their social channels. Check it out here.

Several years ago, AMC posted a 360-degree digital tour of its SXSW activation from Austin, complete with big-screens in the background with a running trailer for the series—just as they were on-site for the live event. The virtual activation is still live, four years later—step inside.

The live and on-demand social video space is booming right now, so leverage your brand ambassadors or partnerships with talent to launch a series that promotes your product or service. Send out social media calls to action with ideas for viewers to create their own watch parties in quarantine and tie the effort together with a hashtag. For inspiration, check out this live, 24-hour runway show Cotton Incorporated executed several years ago. An idea worth stealing now from that program: The brand executed an eight-week pre-promotion called “Road to the Runway,” a nationwide search that encouraged regional consumers to upload photos of their coolest cotton clothing onto a style map.

Speaking of social media engagement, now is the time to roll out those social media contests you’ve been sitting on for months. Check out what FedEx rolled out to keep students engaged between the brand’s FIRST competitions that focused on teaching young people STEM skills. The brand launched the “Innovation Challenge” that consisted of math and science problems, scavenger hunt activities, photo ops and FedEx innovation trivia, and it was all conducted via Twitter and Instagram. 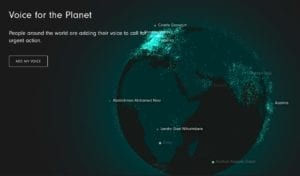 Citizens from all over the world can add their voiced pledge to protect the planet within this digital platform created by Global Shapers.

Here’s an inspiring digital engagement: Environmental nonprofit Global Shapers launched at the 2019 World Economic Forum in Davos the Voice for the Planet campaign, where citizens from around the world can record and add their voiced pledge for the planet and then view all of the pledges already made and where they were recorded.

Another campaign from the archives: In the lead-up to the FIFA World Cup, Coca-Cola invited fans from around the world to submit social media images to be included in the world’s largest digitally produced photomosaic flag that the brand unveiled on the field before the opening match. Check it out here. Talk about a stunning project to unveil at a future “comeback” event.

Treat your audience to a themed, surprise digital makeover across your social media channels and website, like Microsoft did for a “Stranger Things” tie-in to its Camp Know Where program and Go Know Where platform. To prime the audience for the campaign’s connection to the ’80s sci-fi juggernaut, the brand gave its social media channels an ’80s makeover—without mentioning the show by name—with era-appropriate Microsoft Windows branding. Check out the microsite here.

Delivery and on-demand services have become lifelines in this period of social distancing, which is why you might take a look back at this Heineken program that delivered of-age consumers parties in a box. The brand’s #SparkMyParty “delivery service” was executed on social media—winners were selected over the course of two days and then received the party packages at their doorsteps. Read more here.

Expect to see an uptick in community-based programs and cause marketing campaigns as hospitals, industries—and the economy, overall—transition into recovery mode in the coming months. HBO last year cleverly tied a cause-marketing initiative into its #ForTheThrones campaign for the final season of “Game of Thrones.” The campaign’s website (which is still live) features a trio of calls-to-action: “bleed,” “quest” and “create.” Fans were able to “bleed” for the throne by donating blood at HBO’s immersive experience at 2019 SXSW through a partnership with the American Red Cross. Then, fans across the country who dressed up as the series’ characters and gave blood locally with the Red Cross were entered to win a trip to the season eight world premiere. 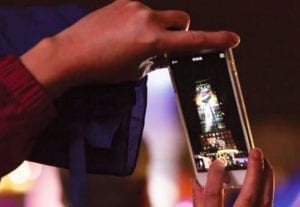 Verizon invited football fans to vote for who would win the Super Bowl, and then each night revealed the top prediction with a light show on a major city building.

Consider sending out a message of hope at scale to engage consumers from the safety of their buildings and homes. A few ideas from the experiential marketing archives include projection mapping, billboard takeovers and light shows. Verizon for Super Bowls XLVIII and XLIX deployed a social media campaign that measured fan votes on social for #WhosGonnaWin through a custom algorithm, which converted them into a spectacular light show.

Verizon leveraged sports talent to generate buzz for the campaign, drive media attention and draw fans to watch parties (which today could take place at homes with their families). A number of current and former players were enlisted from either existing endorsement deals or one-off deals for the Super Bowl in order to amplify the campaign further. Read more here.