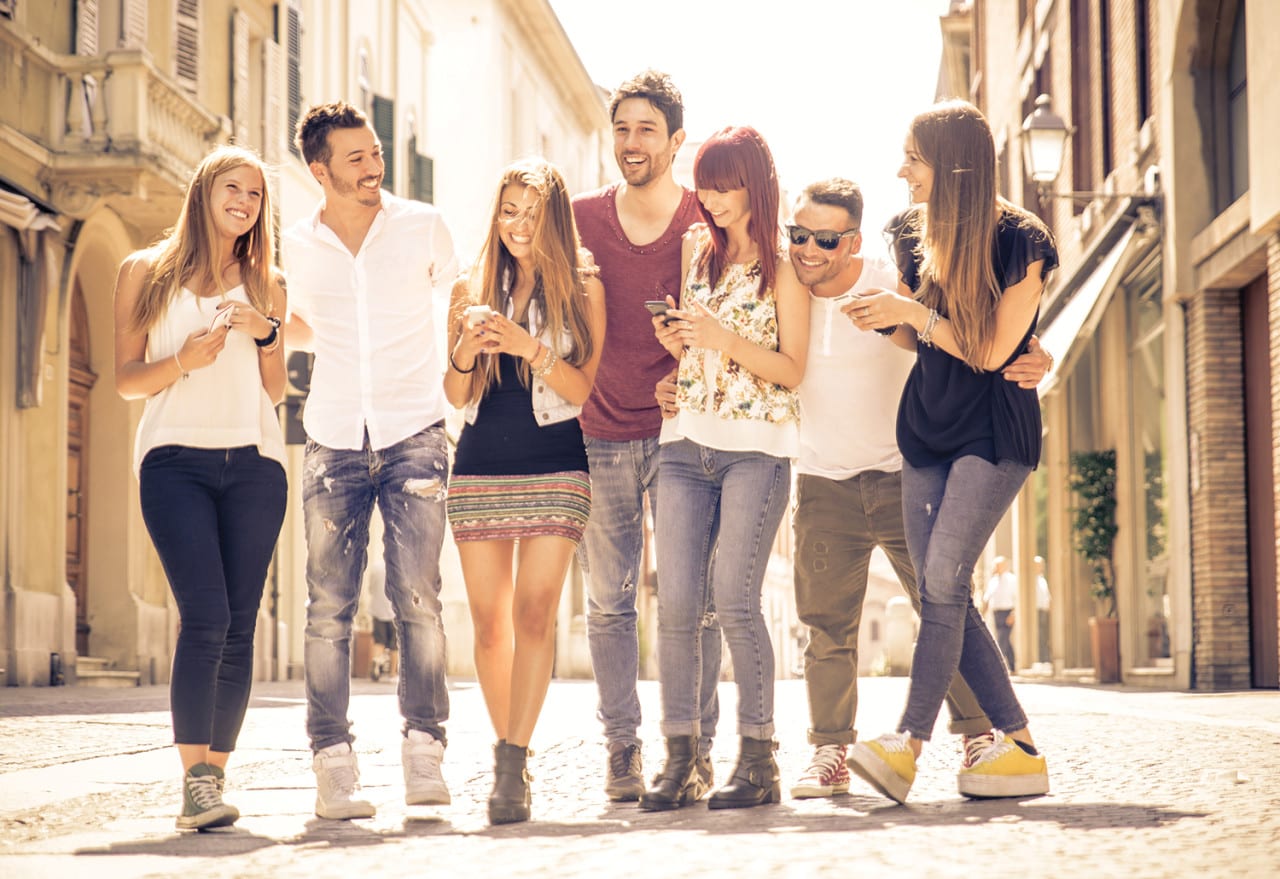 Look around just about any b-to-b conference today and you’ll see the man buns, high tops and fresh faces of the millennial generation among the attendees. But don’t be fooled by their casual air. This group of people comprises one-third of the American workforce, according to Fortune magazine.

With that in mind, event marketers in the b-to-b space are pivoting their strategies and experiences to better meet the expectations of this up-and-coming attendee base. But it takes a nuanced approach. IBM, American Express and others weigh in on how to capture mindshare among millennials at b-to-b events.

1. Talk With Them, Not At Them

NetApp, a data management company that specializes in flash and cloud technology, attracts a good number of millennial attendees to its technical conferences. “When we talk to them, or try to address their interests, they have to be positioned differently, because they grew up in a totally different environment. Change is constant for them, and you have to be quick with a response,” says Kate Lechowicz, senior marketing manager, enterprise marketing and events at NetApp. “It’s not enough to stay in a position of teaching them or showing them something. They won’t be interested. You have to design a solution or tool that gives them an option to comment on anything you do.”

One solution? Interactive chats that take place during presentations and roundtable discussions. At a conference last year, NetApp deployed a mobile app in which attendees posed questions, interacted with panelists and weighed in on industry-based questions. The discussion was displayed in real time on a screen in the room. “It gave them the chance to voice their point of view, and it was like a live chat in the room,” Lechowicz says. “The discussion was not moderated, so it was very honest.” And millennials appreciate that.

American Express Open plugged into millennials’ social side at SEMA, an automotive show that attracts a younger audience than some of the other trade shows it attends. “Millennials force associations and shows to give them the things they need and want out of the experience,” says Juliana Yoon, marketing manager-trade show customer acquisition at American Express. “As a result, shows are becoming more visually pleasing and more interactive.”

A highlight at the American Express exhibit at SEMA 2015 was a car hood that people could tag and share on social media and a car that two professional spray paint artists decorated over the course of the three-day show. “Young people like seeing the making and workings of things, they like seeing the progress, and these things were all very easily integrated into social media. They took photos that were graphically cool,” she says. “It allowed us to be a little more fun and interesting than just trying to sell a card.” 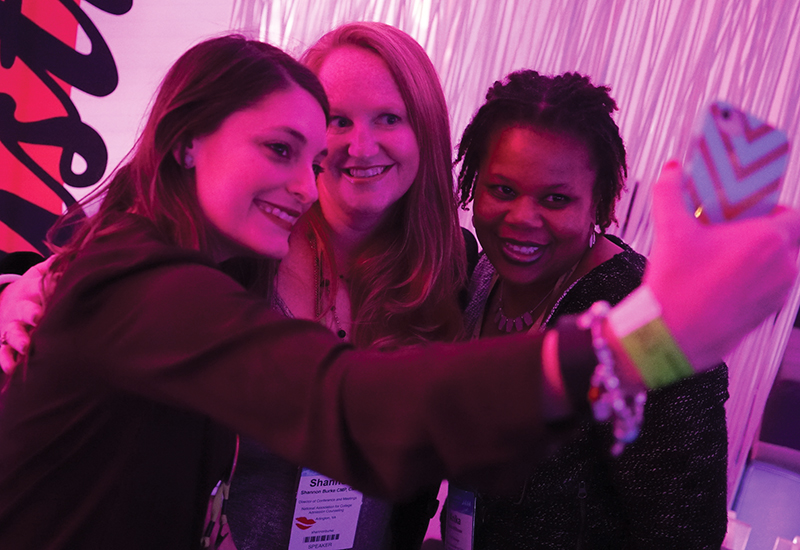 The perfect setting for selfies is becoming one of the new calling cards of the millennial-friendly event.

Whether it’s coloring, molding clay or getting down in the sandbox, millennials like to have fun. It’s a driving insight behind IBM’s Learn, Try, Play concept, a mix of education and entertainment in a visually pleasing spot on the expo floor at its developers conference. The Learn aspect featured a mini theater for 10-minute “lightning” talks by entrepreneurs and subject matter experts and allowed time for networking afterwards. Try centered on demo stations and hands-on labs where attendees could build apps. And the fun part, Play, offered high-tech versions of Rock, Paper, Scissors; Foosball; a robot beacon scavenger hunt and a golf-swing analyzer. Then, happy hour, complete with craft beers.

“When you walk into the space during the day there is a high level of energy of people networking, playing and engaging with the technology,” says Colleen Bisconti, vp-global conferences and events at IBM.

Bisconti knows first-hand what millennials are seeking at a b-to-b event. How? “I purposely put millennials on my team to make sure we don’t lose sight of them,” she says. “That has been really helpful.”

The Professional Conventional Management Association (PCMA) conference offers traditional breakout session learning experiences, but in addition to the classroom-like settings, it offered more informal spaces like the Learning Lounge, an open learning environment that facilitated informal conversations and discussion, and a Global Coffee House set up with an open mic environment for delivering content.

“It is all about creating experiences for them to find and decide for themselves if they want to engage or not,” says Kelly Peacy, svp-education and events at PCMA. “This group really, really wants to feel that they are special, that they can customize the experience for themselves, and they are looking for opportunities to experience and engage with the educational content in different ways.” 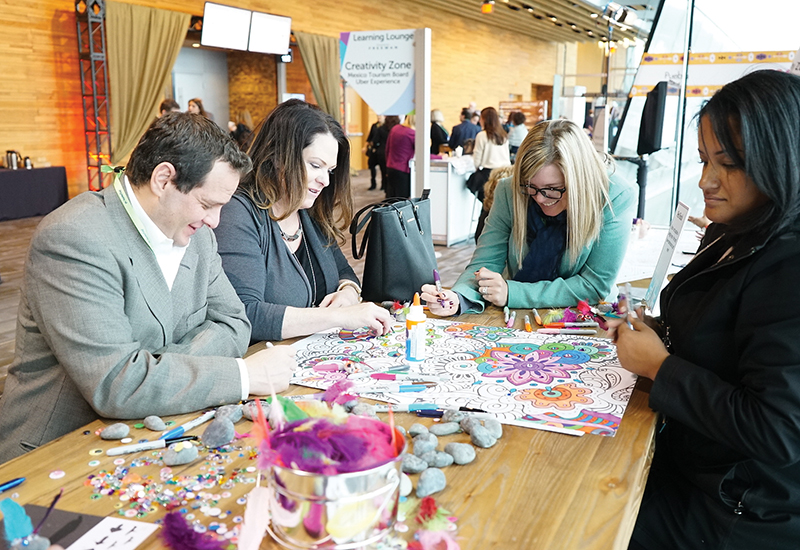 5. Tap Their Techy Side

Millennials, as we know, are constantly on their devices, texting, tweeting and checking emails, and PCMA came along for the ride with FreemanXP Touch, a second screen experience that sent session content straight to attendees’ phones. “Providing an opportunity for them with the technology they are used to was another big enhancement to the event for us,” Peacy says.

Millennials typically aren’t shy about voicing their opinions. The PCMA regularly taps into the millennial mindset as a valuable planning and informational resource. “This large pool of younger people is infusing their opinion into the design of the event,” says Peacy. “If we try it and it doesn’t succeed, that’s OK. At least we learned from it.”