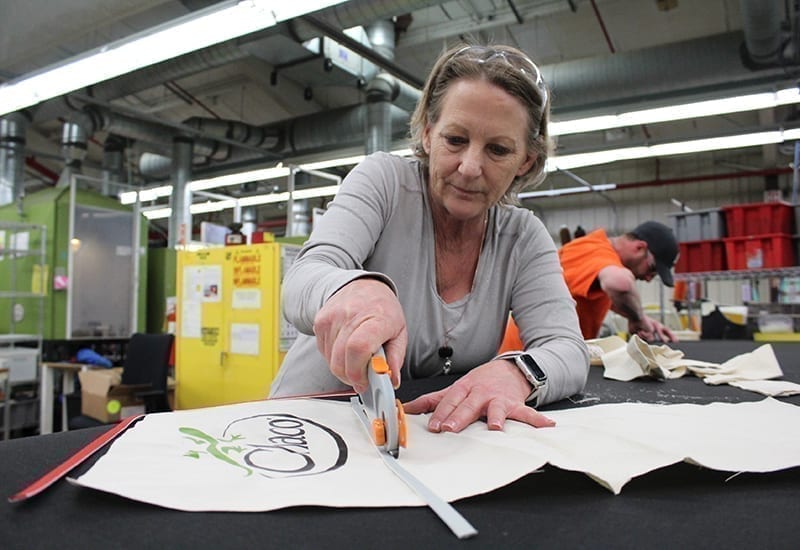 The first quarter of the year was going to be a major kicking-off period for Chaco’s 2020 experiential programs. The Michigan-based outdoor lifestyle footwear brand was gearing up to launch two tours—one from SXSW, and one from Portland—when event cancellations and restrictions in response to the COVID-19 pandemic came down in domino effect.

The easy thing to do would have been to cancel marketing plans for the year and funnel the money into digital ads. But Chaco saw an opportunity to pivot with programming that would engage consumers isolated at home and help healthcare workers on the front lines, too. Enter: The ReChaco Crisis Response.

A TOUR VEHICLE WITH A NEW PURPOSE 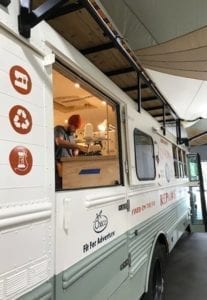 Chaco’s Roving Repairs Summer Tour vehicle is now a mini factory producing masks and other PPE for healthcare workers in the Portland area.

Next, Chaco turned its attention to its ReChaco Mobile Repair Factory bus parked in Portland, which the brand had planned to send across the country on a 2020 Roving Repairs Summer Tour. The converted school bus, designed to look like a traditional river rafting transport vehicle, was already outfitted with sewing machines and equipment as well as trained staff ready to operate it (Field Scout, Portland, is handling). The tour was going to hit festivals throughout the summer offering Chaco Z/Sandal owners free repairs and customizations.

“We knew canceling was not a strategy that aligned with who our consumer is—our consumers are doers, they’re makers, they’re active,” says Lyndi Bell, experiential marketing manager at Chaco. “This has been a way to still meet that need and talk to our consumers in a meaningful way while addressing the immediate need that we were seeing, which all of the sudden became even more relevant over the course of the week as we were planning it.”

Sister brand Merrell is supplying fabric and materials, and the field staff on the bus (which will remain parked in Portland) are helping to produce protective equipment for hospital systems in Hood River, OR, and other locations in the area. “We had a trained crew, we had dedicated hours. We didn’t want to cancel on them or our agency, and we didn’t want to let our consumers down either,” Bell says.

It was then time to decide how to pivot the brand’s CHILLOut tour program, planned to promote the all-new after-sport Chillos slides. The marketing team wanted to still engage consumers at home in all the touchpoints the brand had planned for its SXSW activation and other stops at music and wellness festivals throughout the summer. The programming had included performances, sound baths, yoga and CBD-infused mocktails, and partnerships with mindfulness and wellness experts.

So, Chaco moved the program to social media, launching weekly Instagram Stories takeovers (“CHILLOuts”) by featured experts who serve up tips on leveraging mindfulness at home. Among featured content thus far: Tips for reducing stress from Suu Kuu Hemp & Botanicals, makers of small batch organic herbal formulas, and Bloomscape’s Joyce the “Plant Mom,” about being a “plant parent” and all its benefits. The results have been positive for the brand as well as the marketing team.

“We’re using our digital channels to express what we would have done through event marketing to tell this story, and the result we’re seeing is a surge in sales and traffic to our website, which in turn, is making the team feel like what we’re doing is having a real impact and that we actually do have some control over this situation that for all intents and purposes should make us feel powerless,” says Josh Weichhand, managing director-marketing at Chaco.

THE POWER OF EXPERIENTIAL PROGRAMS 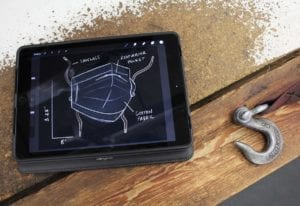 The ReChaco Crisis Response plans came together over a weekend in March with an action plan and a Sunday conference call featuring key stakeholders. By Monday, the team was running the plans up the flagpole for approval, and by that Thursday the brand was able to publicly announce its plans.

“One of the challenging things about experiential marketing, as we all know, is ROI. It’s hard to show a direct connection,” Bell says. “And one of the things that has come out of this, surprisingly, because everything has been funneled down so specifically through social or online—all our retail stores have been closed—is that you can see how we’re amplifying everything we had programmed for the tours and moved it over into the social-digital world. The direct engagement and response is incredibly trackable. We’re able to show that this stuff works and that our consumers are wanting to engage with us right now.”

The pivot has also resulted in more interactions between the brand and consumers, even if it hasn’t been face-to-face. Waves of people have reached out to the team, from hospitals to relief organizations, to employees and consumers who’ve received masks. The efforts have also resulted in strategic collaborations with other brands, local and throughout the outdoor space, who have reached out to support Chaco’s relief efforts.

“At the end of the day, this isn’t just about keeping our machines running. There are people on the other end of this,” Weichhand says. “This is why we’re in the business of event marketing in the first place, because we like to get out and interact with people. That is what’s keeping us going.”