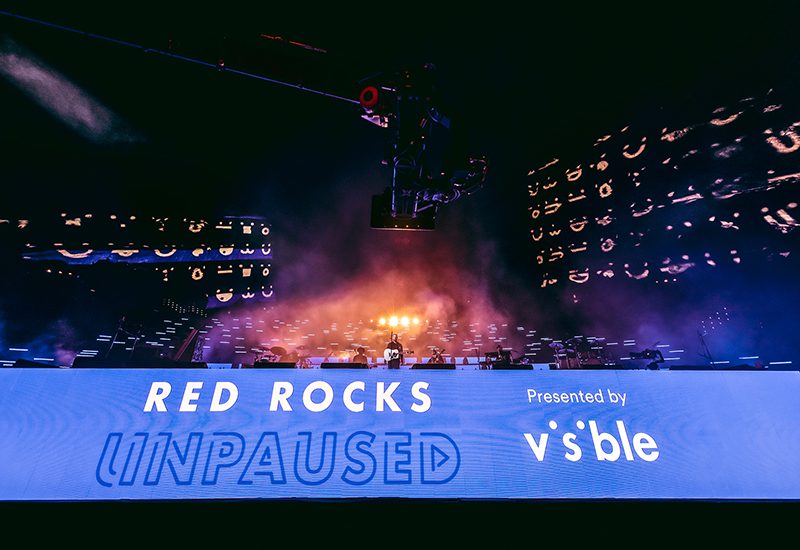 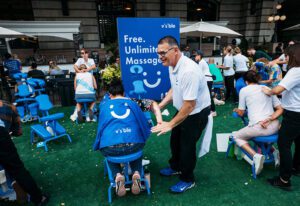 Visible launched its brand in 2018 by making good on a billboard typo that promised consumers unlimited massages rather than messages.

Founded in 2018, Visible was in year two of a marketing trajectory designed to explain its unique offering when the pandemic hit. Cheeky and friendly with its marketing, the challenger brand had been diligently gaining national brand awareness with an experiential strategy designed to take the competition by the horns.

No, really. Take this past October, when Visible stood up a pink mechanical riding bull activation designed to disrupt the sponsor landscape at Austin City Limits and poke festival sponsor and competitor T-Mobile with its “wireless without the bull” messaging. For its launch two years ago, the brand posted a billboard in its hometown of Denver that featured an intentional typo offering consumers “unlimited massages,” as opposed to “messages,” and then made good on that error (while highlighting its transparent billing practices) by offering—oh, yes—unlimited massages in Denver’s Union Station for one day. Doggies included.

But as part of its strategy for 2020, Visible signed on as sponsor of the iconic Red Rocks Amphitheatre. And when the world was put on hold, so was that key sponsorship opportunity, lost along with the Red Rocks in-person concert season. Not one to shy away from a challenge, Visible refused to cut its losses.

🏆 Check out all of the 2021 Ex Award-winning campaigns here 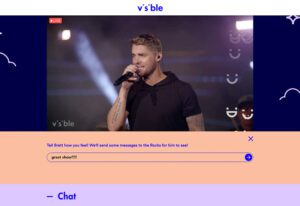 Fans could send the artists messages, which were projected onto the red rocks—28,000 people saw their messages beamed out.

By that fall, the fad of concerts broadcast from artists’ living rooms was losing steam and so Visible decided to bring concerts back to the big stage where they belonged. In the process, Visible opened a shuttered venue—Red Rocks. It put vendors and production companies back to work. It surrounded artists with the energy they were missing. And it flipped that iconic stage around so that the Red Rocks were behind the artists—formations that served as a bold backdrop for interactive technology and projections. Enter: Red Rocks Unpaused (Madwell, Brooklyn, NY, handled).

Audiences tuning into the multi-night event were able to shape the shows from the comfort of their living rooms. They could show the artists (including Megan Thee Stallion, Phoebe Bridgers, Nathaniel Rateliff & the Night Sweats, and Sam Hunt) love through a digital cheering experience where they shouted into their phone or computer on cue to manipulate projection-mapped soundbars projected onto the venue. The more they cheered, the more the soundbars reacted on the rocks—participants even got into cheering competitions. The audience also took part in a live poll that determined the encore song at each concert.

Ultimately, 28,000 people saw their messages beamed out. “Our primary lesson in this was how important innovation is when you are creating an experience, and how relentless you have to be about ensuring the experience is built for your audience,” says Kirstie Rivard, head of partnerships and member delight at Visible. “This gives brands the opportunity to show up in unique and unexpected ways that are guaranteed to be memorable and meaningful.”

The technology behind the experience included 48 4K 35000 Barco projectors and 15 cameras strategically placed to light up the venue stands and allow for high-fidelity, real-time content placement. For a cinematic effect, Visible also used anamorphic lenses for their wider field of view, which was necessary to capture the scope of Red Rocks. The 180-degree stage flip also offered a view of the legendary venue that had never been seen before.

Between the livestreams and a 48-hour on-demand viewing window, 8.6 million consumers tuned in (far exceeding the goal of 1.5 million viewers set for the program). But that wasn’t the only juicy stat. During the livestream, Visible held a contest for non-members to sign up and receive a merchandise kit that would arrive after the event. Visible found that 86 percent of consumers who received that prize pack went on to visit the website, which was tracked through a specific URL.

“I thought the percentage was, unexpectedly, and in a positive way, high,” Rivard says. “It illustrated to me that if you provide something of tangible value in a thoughtful way and at the right time, consumers are very receptive to learning about the brand, which ultimately drives attributable consideration and adoption. And with these prize packs arriving post the event, it allowed us to extend our engagement with non-members and provide yet one more brand interaction.” 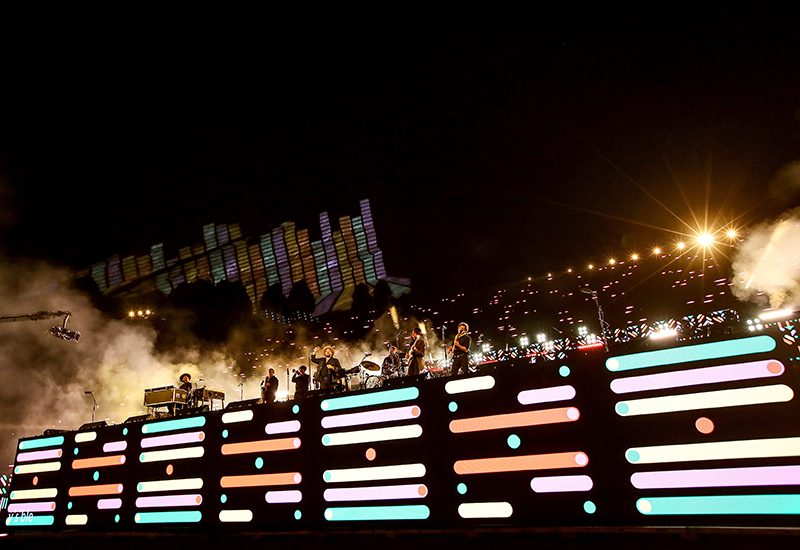 Artists felt fans’ love from the stage thanks to a digital cheering experience where they shouted into their phone or computer on cue to manipulate soundbars projected onto the stage. (Photo: Rich Fury)

The program also, as expected, earned a ton of media coverage—88 media placements (above the 28-placement goal) for an estimated 2.5 billion in earned media impressions.

But it also demonstrated the power of Visible’s all-digital service to be able to create reliable and powerful two-way connections—in this case, between artists and consumers at home. Talk about a lasting impression on the category, on consumers, on us, and our judges.

We see you, Visible.