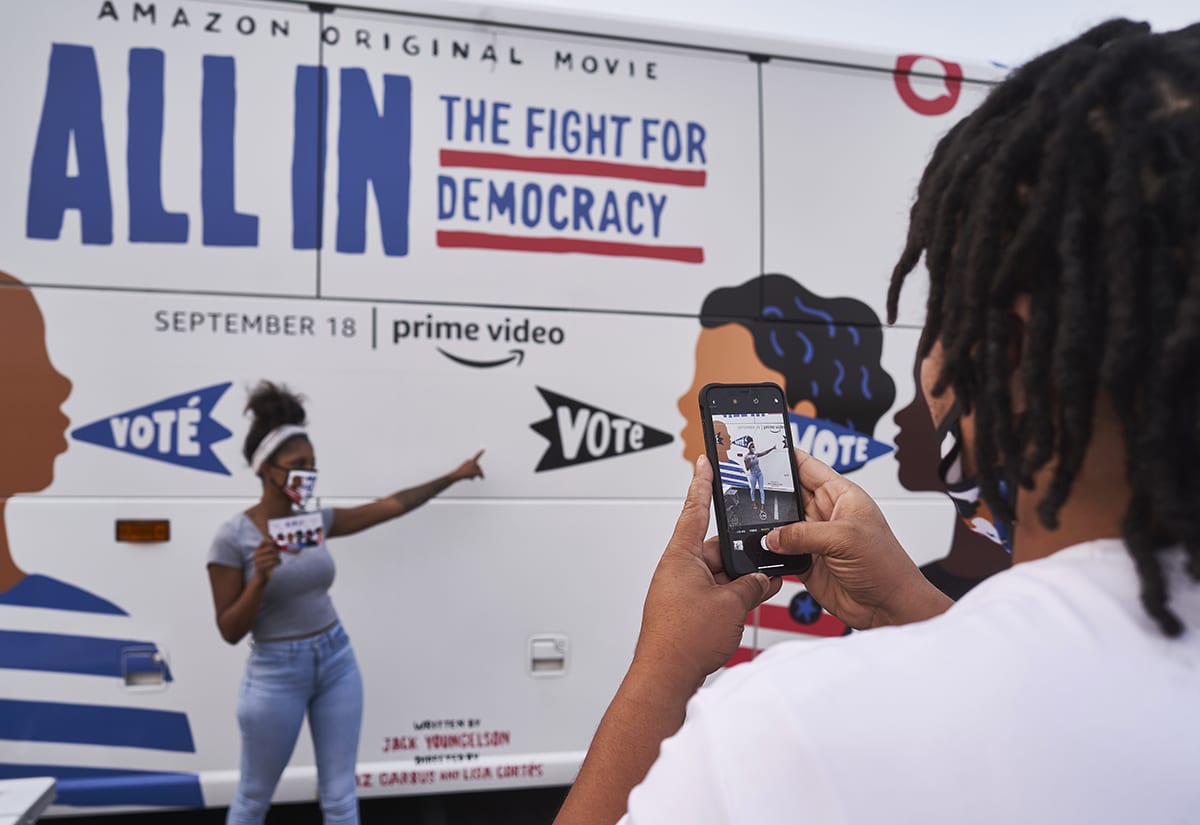 How Brands are Leveraging Election Season to Connect with Consumers

This industry never shies away from a unique marketing opportunity, and with election season underway, some brands are leveraging this period to connect with consumers around a pivotal moment in history. From lively discussions to education to art, brands are delivering experiences that place voters front and center, and their brands top of mind. So, what’s on the experiential ballot this year? Let’s take a look.

On Sept. 8, Gap launched its Stand United campaign to encourage consumers to make their voices heard at the polls. In addition to selling t-shirts and masks with words like “vote” and “peace” printed on them, the brand leveraged National Voter Registration Day (Sept. 22) to host a series of events and live discussions about why voting matters. Gap shared the mic with people like Amber Cabral, an inclusion speaker who leads empowering conversations about race. The retailer also co-hosted a conversation between GapKids’ Be the Future activist Jerome Foster II and an ambassador from Michelle Obama’s nonprofit When We All Vote. Rounding out the experiences was a performance by JoJo, who debuted her song “American Mood.” Gap’s #StandUnited content will be available through Election Day.

If you’ve wished you could live under a rock during this election season, you’re not the only one. That’s where Hotels.com comes in. In time for election week (Nov. 2-7), the brand is offering five nights of “stress-free isolation” in a literal rock under the ground. The venue, located in New Mexico, is a man-made cave built 50 feet below the Earth’s surface where rustic accommodations await. The lucky consumer who snags the booking will pay just $25 for their stay. And for those who missed their shot at living under a rock, Hotels.com is offering 20 percent off of select properties with “rock” in their name.

Amazon Studios’ bipartisan campaign #ALLINFORVOTING centers around its Stacey-Abrams-backed film, “All In: The Fight for Democracy,” which tackles voter suppression while offering an inside look at laws and barriers to voting that many people don’t know about. In concert with the film, and in partnership with public policy firm The Raben Group, the brand is delivering grassroots programming in underserved communities that encompasses all aspects of voter advocacy.

To debut its documentary to the right audience, Amazon chose to forgo the traditional film markets and instead hosted viewings in Abrams’ home state of Georgia, where three free public screenings took place in different towns. The campaign also includes the #ALLINFORVOTING Bus Tour, which is making its way through the nation to areas where mass voter education and advocacy are needed most. The brand’s fleet of five buses serve as spaces where consumers can register to vote, sign up to become a poll worker, check their current voter status, participate in screenings of the documentary and even partake in a selfie photo moment.

Other elements of the campaign include an education initiative built to “grow voters” by arming them with voting information and related afterschool programming before they turn 18, an Alexa skills quiz that teases the film and a 50-state celebrity ambassador program featuring actors, athletes, musicians and other personalities who are pumping out content that includes information like vote-by-mail updates, registration deadlines and general guidelines on how to vote. 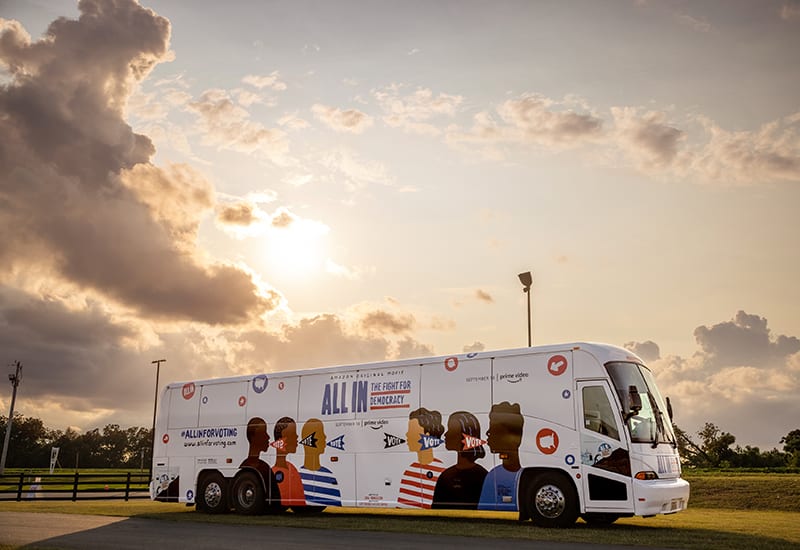 The #ALLINFORVOTING Bus Tour is traveling to locations where voter advocacy is needed most. 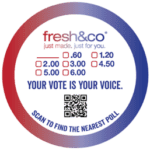 Sometimes it’s the simplest strategies that prove most effective. Take New York City’s fresh&co, a fast-casual restaurant chain that is currently decking out its salads with a QR code sticker that directs consumers to their nearest polling location and encourages them to let their voice be heard. Starting Oct. 14, New Yorkers can also order an exclusive Election Day menu item. Brand fans had previously taken to social media to vote on a name for the new item, landing on the “Poll Bowl,” a specialty salad with red, white and blue ingredients.