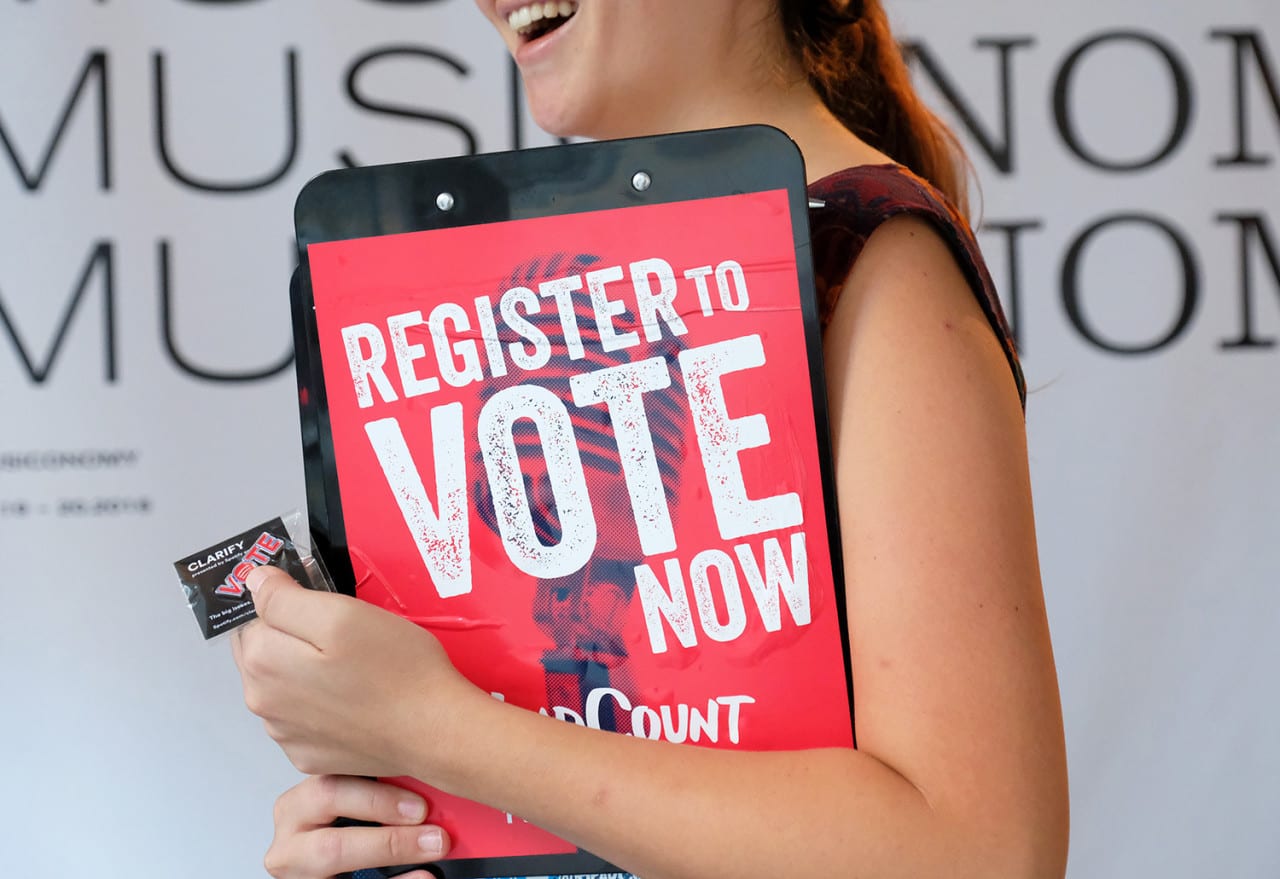 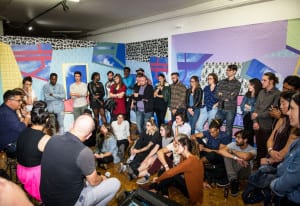 Each event featured a non-partisan discussion with a local panel and audience who tackled issues like education, immigration, health and civil rights.

For most brands, it’s a daunting task to leverage the elections to engage consumers. Spotify for Election 2016 forged a connection to the issues through art and music, naturally. The digital music service for eight Tuesdays leading up to Election Day hosted live exhibitions of a digital video series in art galleries in cities across the country, with each event exploring the connection between music, art and political issues that hit close to home in those markets.

The event program grew from a video series Spotify created with millennial media company Mic and HeadCount.org called “Clarify” (Spotify.com/clarify) that featured musicians on Spotify’s platform talking about the issues that resonate with them. The live events then brought those issues and videos to life in a grassroots effort, with each event featuring the debut of a new Clarify video interview, and then a non-partisan discussion with a local panel and audience. (Issues tackled each week included: education, immigration, health, civil rights, gender equality, climate change, income inequality and guns). The events also offered live music from local djs and musicians, installations by local artists and voter registration in eligible states.

“Music and social activism have always been linked together—musicians are really strong voices in social activism, and issues are often reflected in their music as it relates to culture,” says Kerry Steib, director-social impact at Spotify. “At the same time, Spotify’s music platform reaches millions of young people every day and as you probably know, in this election young people are the largest voting demographic out there, so we felt like we had this opportunity to use the power of our platform and the power of music to encourage young people to vote.”

The events took place in Chicago, New Orleans, Denver, Houston, Miami, Pittsburgh and Columbus, OH. The series culminated on Nov. 1 in Nashville, TN, with a panel on gender featuring a discussion with Jessica Hopper and Marcus Ellsworth of MTV News, a set by DJ Brandi Cyrus and an intimate performance by Amanda Shires, plus a viewing of the last installment of the “Clarify” series featuring singer Santigold speaking on gender.

In addition to music and open dialogue, local artists brought an experiential element to the discussions with interpretations of the issues through installations—like artist Ivan Toth Depeña who brought the issue of climate change to life at the Miami panel (featuring climate change scientist Brian Soden and artist Xavier Cortada, hosted by Max Plenke) with miniature houses created out of ice that melted throughout the event. Spotify promoted the events on its platform, across social media and by enlisting art blogs and alternative publications. The gallery venues, chosen for their location and foot traffic potential, helped too. The galleries were open during the day for anyone to walk in and experience.

“We felt like it wasn’t enough to tell young voters to vote, that you actually had to reach them with information and inspiration,” Steib says. “[Clarify] was really powerful in the digital space, but so much of voting and activism and social action happens locally, so we wanted to make sure we were making the connection—again, we’re going to give you the information and inspiration to encourage you to vote, but we felt like there was this really powerful opportunity to have a local conversation—and that really can only be done in the live space.”

To help create the “Clarify” series and topics that would come to life at the live events, and make sure political sides were represented, Spotify enlisted bipartisan research firms representing each major party—Hart Research Associates and Echelon Insights. The firms polled Spotify audiences about the issues that matter to them. Local experts were recruited for the live panels, with Mic journalists moderating the discussions. Worth noting: the room setups for each event were intimate, and lacking rows or distance between the speakers and audience.

“One of the most inspiring parts of this has been how music tends to be a catalyst for having some of those more dynamic conversations, and if we all just open ourselves up to those moments, that we can have really meaningful dialogue with our neighbors and with people who agree with us, and people who don’t,” Steib says. Agency: There, Chicago. 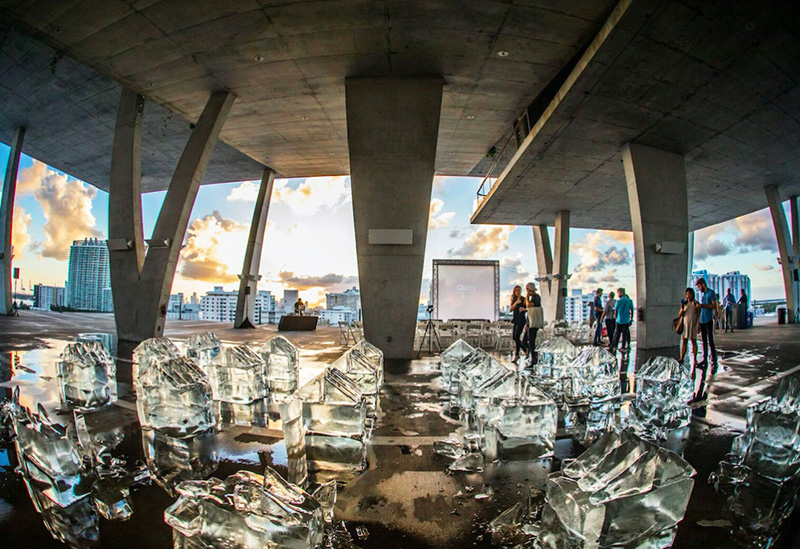 Artist Ivan Toth Depeña brought the issue of climate change to life at the Miami panel with miniature houses created out of ice that melted throughout the event.