Inside JetBlue’s ‘Reach Across the Aisle’ Viral Stunt – Event Marketer 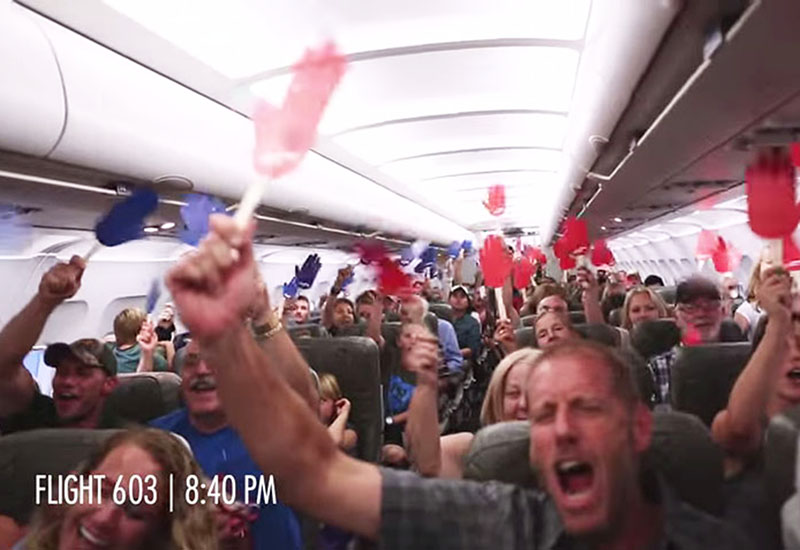 Inside JetBlue’s ‘Reach Across the Aisle’ Viral Stunt 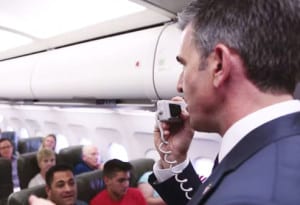 As soon as the plane hit 10,000 feet, an announcer got on the PA, and passengers received a brochure with all of the destinations eligible for a free round-trip ticket.

In a stunt that has gone viral, JetBlue leveraged the timely cultural climate of the presidential primaries for an in-flight activation that got passengers to literally Reach Across the Aisle. The 150 passengers aboard a flight from Boston to Phoenix were told they would win a free round-trip ticket to one of 20 domestic or international destinations served by JetBlue—but only if they could all agree on a single destination by unanimous vote before the six-hour flight landed.

The stunt took place on a flight at the end of last year, and JetBlue and its creative partner MullenLowe, New York City, recently released the video in time for Super Tuesday on March 1. JetBlue chose the flight at random, but aimed to pick a flight that didn’t take place during early morning or late evening hours when consumers might be less willing to engage.

As soon as the plane hit 10,000 feet, an announcer got on the PA, and passengers received a brochure with all of the destinations, in addition to red and blue hand signs for each side of the plane. Passengers were invited to come up to the PA to make their arguments. Rounds of votes were taken until they finally reached a compromise after 2.5 hours: the big vote ended up being between Turks and Caicos and Costa Rica, with the latter eventually winning out.

“Boston and Phoenix are two very different cities, so it created a really interesting opportunity where you have a wide variety of individuals on one flight,” says Jaclyn Costantino, consumer promotions analyst at JetBlue. “The debate could have lasted the entire flight and the customers could have very well not come to a consensus, but we were willing to take that risk. We were prepared for the alternative outcome but super pleased to see that it worked.”

JetBlue has leveraged election season for consumer engagement before. In 2012, the brand launched Election Protection, a campaign based on the common sentiment that “if my candidate doesn’t win, then I’m leaving the country.” Consumers could enter to win a free one-way ticket out of the country if their candidate did not win the election.

“The thought with this program was, can we, within the microcosm of our plane, with all walks of life participating, create this social experiment where we give them an opportunity to truly compromise for the greater good,” Costantino says.

• Netflix Disrupts a Primary Debate with a ‘House of Cards’ Activation