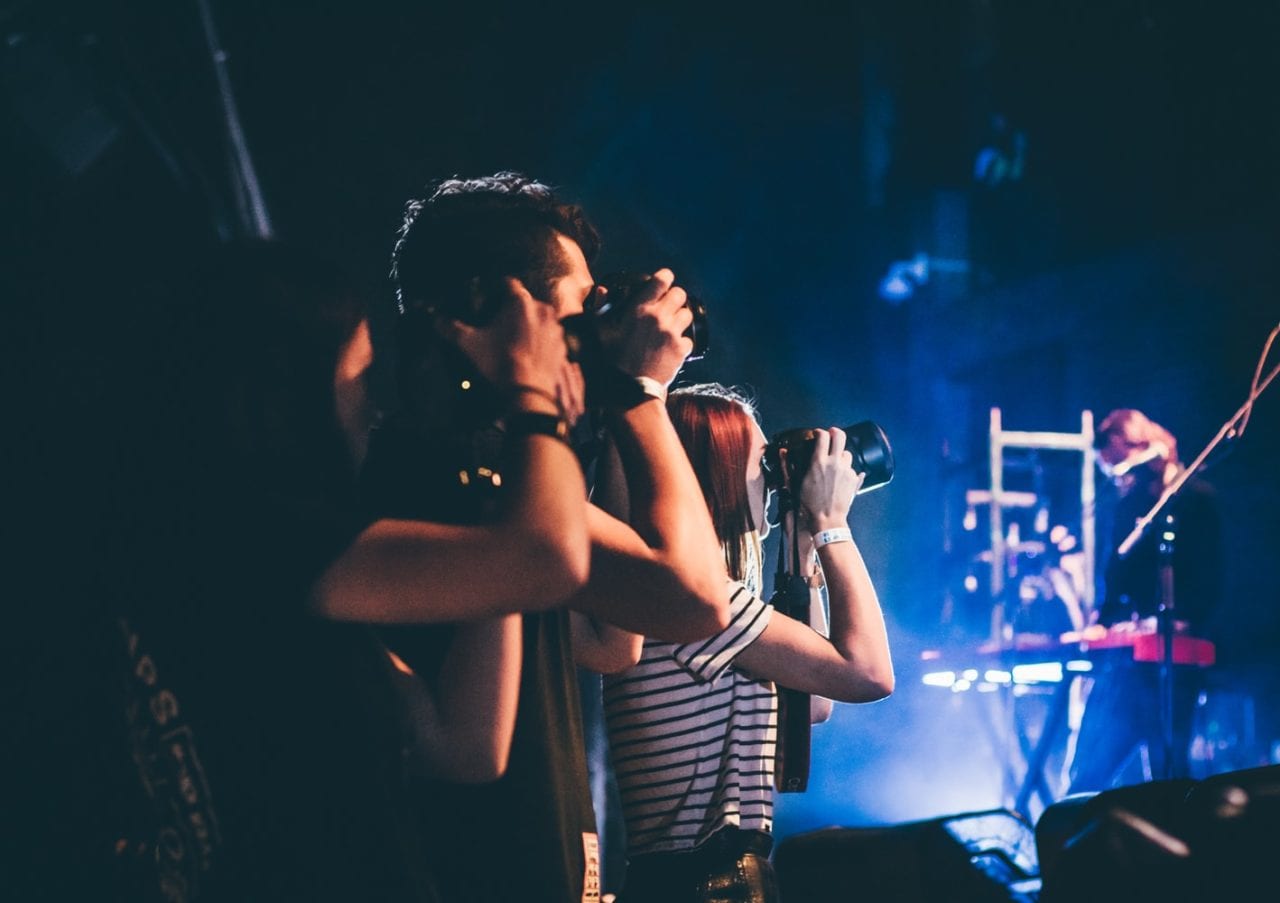 Like moths to a neon green flame consumers still can’t get enough of traditional photo activation. But like so many things that become so last year so quickly photo and video activation has to change to keep up.

Fresh tactics such as online voting customized photo editing tools YouTube pages and camera phones are creating cool new experiences for consumers that connect them to brands faster and more seamlessly than ever before. Say cheese platter! The smorgasbord of green-screen strategies is bigger and tastier than ever.

OPTIONS GALORE
New online customization tools tied to backgrounds nicknames and borders are giving consumers more motivation to go get that pic or video after the event. Example: The National Guard which uses photo activation to promote its variety of career options allows consumers to save up to three versions of their picture in a photo gallery and to manipulate it as much as they want. They can change backgrounds rotate it make it larger or smaller. In addition to showing themselves in a variety of military career settings users can place themselves into a custom videogame loaded on the site or drop their image on another background from many of the Guard’s other sponsorships. If you’re a NASCAR fan for example you can put yourself into a NASCAR frame even if you took the picture at one of the Guard’s air show activations (eshots Chicago handled).

Lincoln Financial is also revitalizing the retrieval process via customization. Although its Fan of the Game photo activation is in its fifth year the company is integrating retrieval cards that look like collectible trading cards for each game. When people go online to collect their pictures they can customize the back of the trading card with a nickname the position they want to play and more. “It is changing it is enhancing. It’s no longer about taking a picture handing them a card and going to a static page ” says David Bolling president of Wishoo Indianapolis (which handled the Lincoln photo effort).

NEW AGE
When it comes to video activation the era of YouTube is most certainly affecting the way brands use the technology. In response photo activation companies are creating customized branded mini-YouTubes where videos can be stored and consumers can view them.

The Houston Texans recently ran a Call the Play video activation (via Catch the Moment Houston) at the Texans Draft Party. It allowed fans to record their own commentary over a winning play from last season. The green screen ran the play while the fan was pictured next to it in full commentator garb (headphones and microphone included). Fans took their videos home with them and some posted them directly to YouTube giving the team additional exposure online.

There are also significant backend benefits to incorporating the YouTube model. The Chrysler Film Project for one is making the most of the web creating a compelling site that attracts visitors and obtaining more valuable data from them while they’re there. Professional filmmakers submit short films that include Chrysler vehicles as part of the storyline. The winner is given the opportunity to create a feature-length film with a million-dollar budget.

To attract consumers to the project Chrysler visited locations such as air shows boat shows and balloon festivals with a video activation. The three best videos chosen by a judging panel were given walk-on roles in the film. Attendees were shot recounting their best experience with a convertible in front of a green screen showing Chrysler’s new Sebring convertible opening its hardtop. Videos were posted online and site visitors voted for their favorites (the three most popular videos won Sony Handicams (eShots handled).

On the backend Chrysler staff was able to rank videos putting the most compelling forward. “You don’t want to overtax people who are going to the site to look at [the videos] ” says Jeff Hartley manager-events at Chrysler. “If you have a gazillion videos to watch it loses its interest so we tried to narrow them down to the most interesting 10 or 20 or 30 depending on the event.”

In terms of data capture in order to vote for a favorite video folks have to register so the company picks up additional data that way.
Overall the on-site videos were a great addition to the program adds Hartley. “We had a good flow at the event. It was a great way to get a little more mileage out of the Film Project ” he says.

In addition Chrysler can instantly use the data captured on site to give those attendees a personalized experience. For instance if a visitor said she was interested in buying a car in the next 30 days she would qualify for a tour of the vehicle with a product specialist. Once the consumer says yes (about half do) the specialist is paged and given all the information the customer submitted about their personal preferences. So when the specialist shows up he or she can address the consumer by name and make conversation with them about their interests. “Consumers are very impressed because they’re thinking how do you know my name how do you know what vehicle I’m interested in and how did you get here so quickly ” says eShots president Craig Steensma. “The pager allows the specialist to immediately establish a rapport with this consumer.”

PORTABLE PICS
Lest you think everything cutting-edge in photo activation is related to the web new portable technologies are also giving brands more flexibility. Heineken Premium Light recently launched its Mission Irresistible campaign aimed at getting die-hard domestic light beer drinkers to try its newest offering. Although it was a sampling program at heart the brand added some fun—and an opportunity to collect lots of email addresses—by adding a photo activation element. (Agency: Stage Active Brand Marketing Wilton CT.)

Heineken “spies” infiltrated locales that domestic light beer drinkers frequent to recruit people to try Heineken Premium Light. Once they got a sample spies asked if they wanted to get their photo taken. But instead of a traditional camera the brand went Bond-style using T-Mobile Dash smartphones. The tiny device fit right in the spies’ trench coats was able to take a quality pic and has a full keyboard so brand ambassadors were able to input the email address of the consumer (Wishoo handled). When those consumers got home that night they already had their photo.

Photo and video activation may already be an event marketing staple but that doesn’t mean it can’t surprise you too.