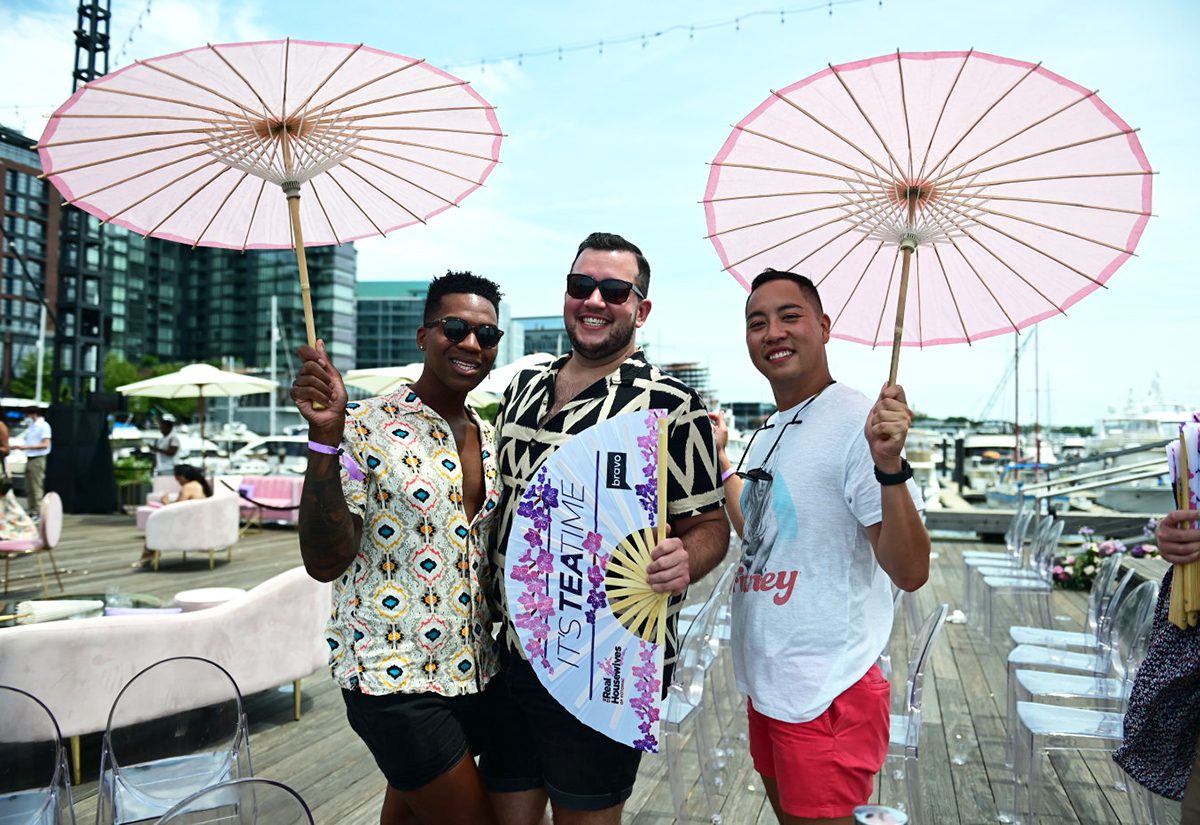 Forget “Hot Girl Summer.” For superfans of Bravo’s “The Real Housewives of Potomac,” it was all about #RHOPGirlSummer. And ahead of the show’s season six premiere, a select few had the opportunity to immerse themselves in the franchise and rub elbows with cast members at an exclusive Teatime on the Potomac event on District Pier at The Wharf in Washington, D.C.

Along with invited influencers and press, fans could score an invitation to one of two Teatime on the Potomac sessions by registering through social media. Both experiences sold out within 72 hours. Those lucky enough to snag a spot at the July 10 riverside event were treated to an elegant tea party that underscored RHOP cast members’ propensity to sip—and spill—tea on-screen.

“Especially in light of social media, where fans feel like they have access 24/7 to the brands and the talent that they love, giving them an opportunity to have an experience that has exclusivity attached to it as well is really important,” says Samantha Bloom, svp-brand marketing and cable brand marketing at NBCUniversal. “People are looking to be safe in this new world that we’re all living in and this was a really nice return to getting back out again for a lot of the fans. We definitely felt there was gratitude there for the opportunity to take part in something like this in a way that did feel very safe but also had that exclusive and intimate feel to it.”

Surrounded by floral installations and soft purple and pink hues, RHOP fans had a number of touchpoints to engage with, in addition to sipping tea, of course. Attendees could snag large, branded hand fans, snap photos in a teatime-themed photo booth, drink custom cocktails, snack on light bites and enjoy a live dj spinning tunes. The dj’s playlist was available on Spotify post-event.

The real draw for superfans, naturally, was the chance to engage in meet-and-greets with RHOP cast members in front of an eye-catching floral backdrop. But a panel of the show’s producers spilling the tea on season six proved just as enticing. Rounding out the event was an advanced screening of the first episode of season six, which served as a watch party experience during which attendees bonded over gasp-worthy scenes.

Throughout the event, Bravo captured content for its social channels, interviewing talent and attendees and pushing the videos out in real time to drum up buzz. Meanwhile, attendees were prompted by QR codes located around the footprint to snap and post photos using #RHOPGirlSummer. A dedicated Instagram filter also encouraged fans to share their experience.

“Our goals were brand engagement, social engagement, driving tune-in and press, getting influencers excited—that’s the great thing about experiential is that you’re able to really check all those boxes,” says Bloom.

Drink in Teatime on the Potomac: