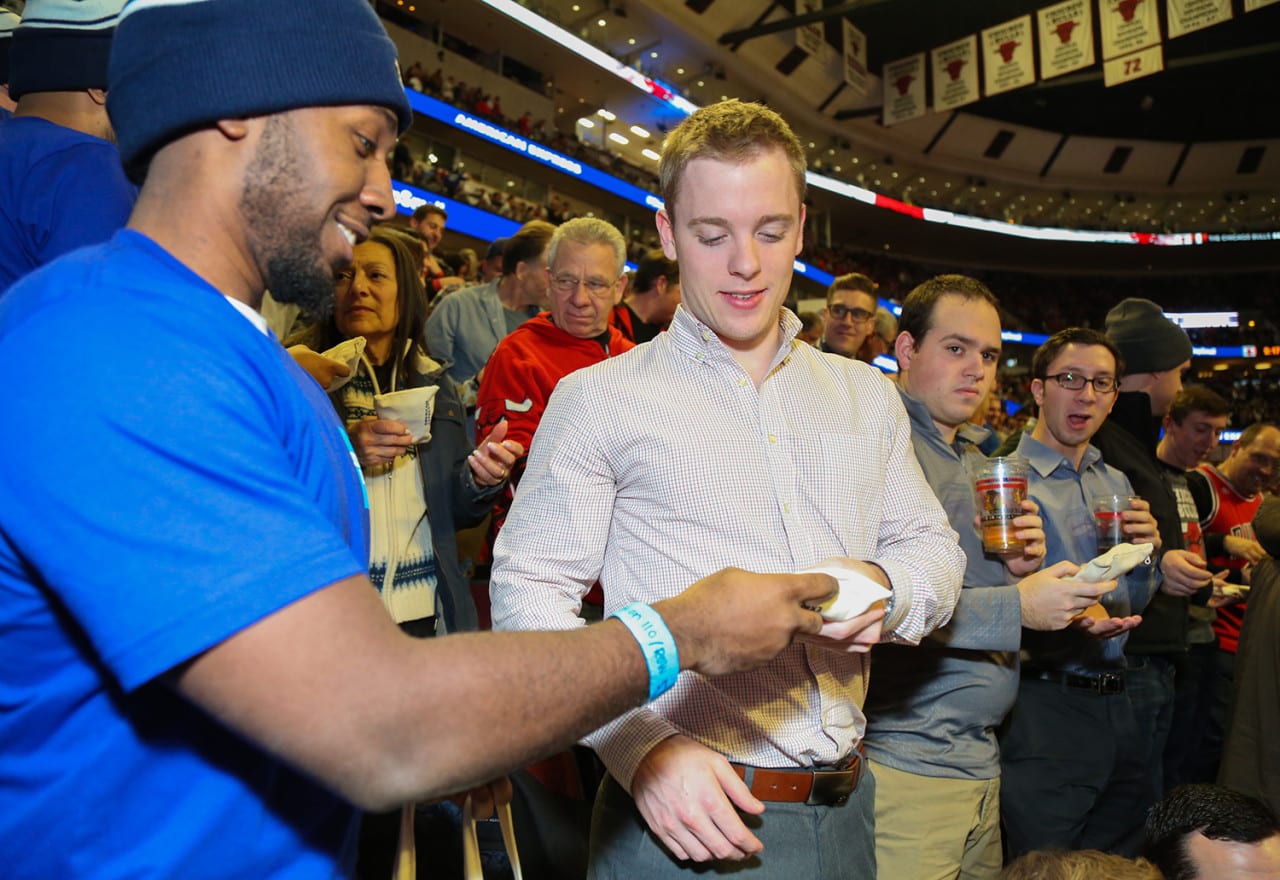 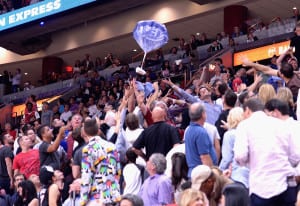 They say the best things come in small packages and American Express proved as much with a gifting campaign that surprised and delighted thousands of basketball fans over the holiday season. Leveraging both its Shop Small platform, which promotes small businesses, and its sponsorship of six NBA teams, the brand brought the holiday spirit to the local level in a big way.

In an effort to boost awareness of its “Shop Small for 2X Rewards” initiative, which aimed to drive business for small companies over the critical holiday shopping season, American Express activated at six NBA games between Nov. 10 and Dec. 22. The campaign kicked off in Miami when the HEAT hosted the Chicago Bulls at American Airlines Arena. During the first quarter of the game, American Express literally parachuted hundreds of custom T-shirts from Miami-based retailer Peace Love World into the crowd. 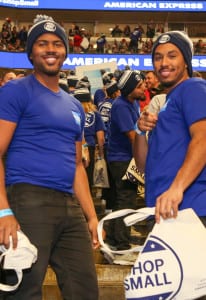 On Dec. 8, American Express raised the stakes even further with one of its signature never-been-done-before moments at the Bulls-HEAT game in Chicago. In just two minutes, 450 brand ambassadors distributed more than 22,000 candles from local shop Abbey Brown, ultimately delivering a gift to every single person in the arena. The campaign then wrapped on Dec. 22 at the Nets-Warriors game in Brooklyn, NY, where about 100 brand ambassadors and 250 Shop Small parachutes dispersed 2,000 wool and tech gloves from local merchant Brooklyn industries.

The brand’s sponsorship of the NBA halftime show and a partnership with Shaquille O’Neal promoted through its digital and social channels rounded out the program.

The campaign was yet another manifestation of how American Express elevates the fan experience, says Deborah Curtis, vp-entertainment marketing and sponsorships at American Express. “The whole idea behind this was to not only communicate the power of shopping small but to have our cardmembers and fans feel the love of shopping small, and the notion of doing that together and gifting helped bring it to life,” says Curtis. “Some of the power of what we did, certainly in-venue, was taking the very big notion of shopping small to a one-on-one human level.” Agency: Momentum Worldwide, New York City.