The Promises and Pitfalls of Using Drones at Events - Event Marketer 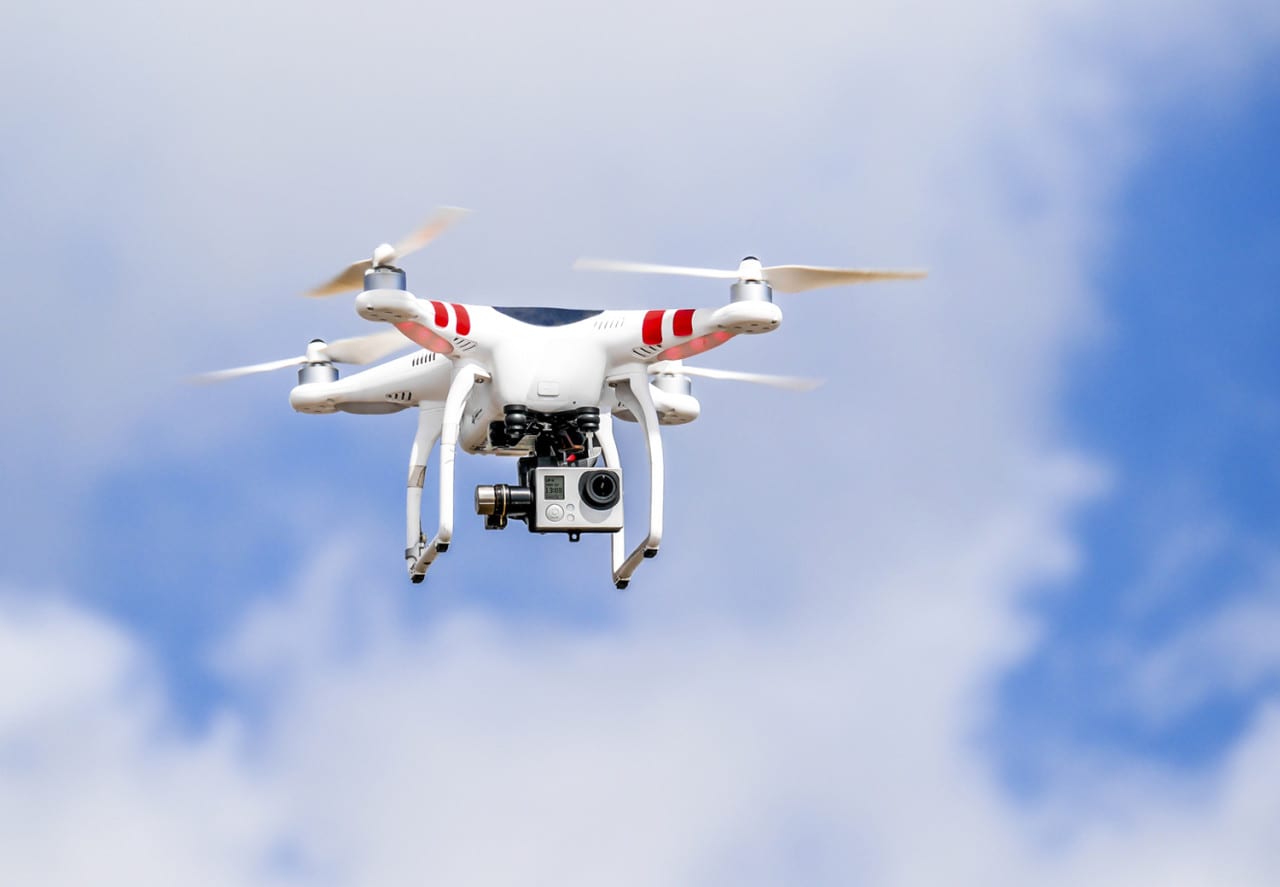 The Promises and Pitfalls of Using Drones at Events

Drones. Unmanned aerial vehicles. Remotely piloted aircrafts. Whatever you want to call them, they are on the verge of becoming heavyweight marketing tools.

With potential for live streaming events to digital audiences, capturing unique content and delivering exclusive viewpoints, drones are all the rage in concept. But what is an event marketer to do when the time comes for execution? We take you inside the evolution of drones in marketing and events—where we’ve been, where we’re going and how not to lose a finger.

Before the U.S. took an earnest jump onto the drone bandwagon, brands in other countries were capitalizing on “drone-vertising.” Brazilian clothing store Camisaria Colombo advertised mens suits in São Paulo by hovering well- dressed mannequins via drones outside office building windows. In Verona, Italy, Funnyhowflowersdothat.co.uk used “cupidrones” to promote its flower ser- vice by dropping roses between strangers on Valentine’s Day. The list goes on.

And in spite of liability risks and unclear Federal Aviation Administration (FAA) regulations, drone use is increas- ingly popping up on the experiential scene in the U.S. Last October, Pepto-Bismol teamed up with Six Flags amusement parks, utilizing a miniature cargo drone to drop off product samples to queasy ridegoers. At a partnership celebration between American Express and Uber last summer, a drone flying above the rooftop after-party captured content by taking exclusive pictures of the event. And trade show general contractor Freeman’s web-based PlanTour tool now offers event marketers drone fly-throughs of venues across the nation.

Anheuser-Busch, which just wrapped its second Whatever, USA, program on Catalina Island, puts drones at the center of its content capture toolbox. Throughout the three-day event, video drones could be seen hovering at all hours, capturing content for TV spots and the brand’s social media channels. The real kicker, however, was the brand’s use of delivery drones. With the push of a button (and beacon technology), thirsty Whatever, USA, attendees could order a Bud Light and have a cold one delivered directly to them via drone.

“Drones allowed us to capture footage from vantage points that we’d never be able to get otherwise,” says Hugh Cullman, brand director at Bud Light. “We were also able to be at all places at once, which was key with so many different activities happening simultaneously throughout the weekend.”

“Drones can be used in a few different facets, and we’re still learning new options,” adds Andy Dunham, director-client service at Whatever, USA handling agency Mosaic. “Obviously the low-hanging fruit is to be able to capture a point of view and content that is not readily available in most places. But as we start expanding beer drone technology that’s interfacing with apps, a consumer can actually order a beer and have it delivered to them. And there’s also beacon drone technology, where the individual can have the drone follow them. This is just the tip of the iceberg of what drones can do.”

Delivering beers via drone may sound simple enough, but Bud Light, along with Mosaic, conducted a thorough vetting process before taking to the skies. The key, says Dunham, is to perform due diligence. Federal, state and city drone regulations vary greatly, and the individual operating the device is responsible for how it is used, as well as any incidents that might occur during its flight.

“Know who you’re working with,” says Dunham. “You don’t just buy a drone and start using it. You need to be safe about it and intelligent. Know what you’re doing with it and work through the proper channels. Each drone is completely different… common sense should always rule.”

To help govern the growing number of drone users who aren’t familiar with unmanned aircraft regulations, the FAA released a Notice of Prepared Rulemaking on Feb. 15. The details are ambiguous, but one thing is for certain—brands looking to use drones for commercial purposes are required to obtain express permission from the FAA before doing so.

Even with the assistance of the FAA’s guidelines, however, drone experts advise caution above all else when considering using the devices at events. Cases in point: A stunt at TGI Friday’s went south quickly after a photojournalist nearly had her nose sliced off by a drone that wasn’t properly controlled. A more recent accident involved singer Enrique Iglesias, who suffered serious lacerations after handling a drone on stage at one of his concerts.

“Most people who have read about [drones] don’t yet appreciate that they’re bigger than you think they are, they’re very noisy and they’re potentially very dangerous,” says David Haas, director-digital solutions at event agency FreemanXP. “If they go out of control, most of them have four spinning blades. When you think about drone tech- nology at an event, you have to be careful.”

Brands considering adding drones to their experiential cam- paigns should hire a qualified and insured pilot to man them (especially at indoor venues). Although there is no official certification required to fly a drone at present, hiring an individual who consistently operates the devices—and is covered when it comes to liability—is recommended by tech experts.

And while the price of drones is dropping rapidly, buyers should be aware of the bang they get for their buck. The short battery life of a drone is a potential barrier for event marketers who want to utilize the device for an extended period of time. High-end drones generally have a maximum of 20 minutes of battery life—but when wind and other environmental factors force the devices to work harder, that time can be significantly shortened.

Despite the obstacles presented by commercial drone use, the potential is considerable. With the use of live streaming apps such as Meerkat or Periscope, drones could offer a brand’s digital audience a virtual front row seat to an event by providing real-time content through social media, or offer a digital tour of an event during after-hours, when the risk of injuring attendees is eliminated. Worried your drone will get lost or lose power during your event? Don’t be. Most drones are equipped with GPS, meaning if the device loses signal, flies out of range or nears the end of its battery life, it has a set of coordinates that will guide it safely back to its designated home base.

How drones will be regulated and operated in the future isn’t quite clear, but their potential in the marketing world is slowly being unveiled, says Dunham.

“Strategically speaking, [drones] will be used across multiple platforms,” he says. “One, for content capture, which is always crucial, and the story that’s told from that unique point of view. But also, how can we integrate drones and unique technology with events to bring to life word- of-mouth and innovation to brands?”

Right now, that seems to be experiential marketing’s million-dollar question. But considering how much potential commercial drones have for engaging consumers, it may not be long before brands are cashing in on the revolution.