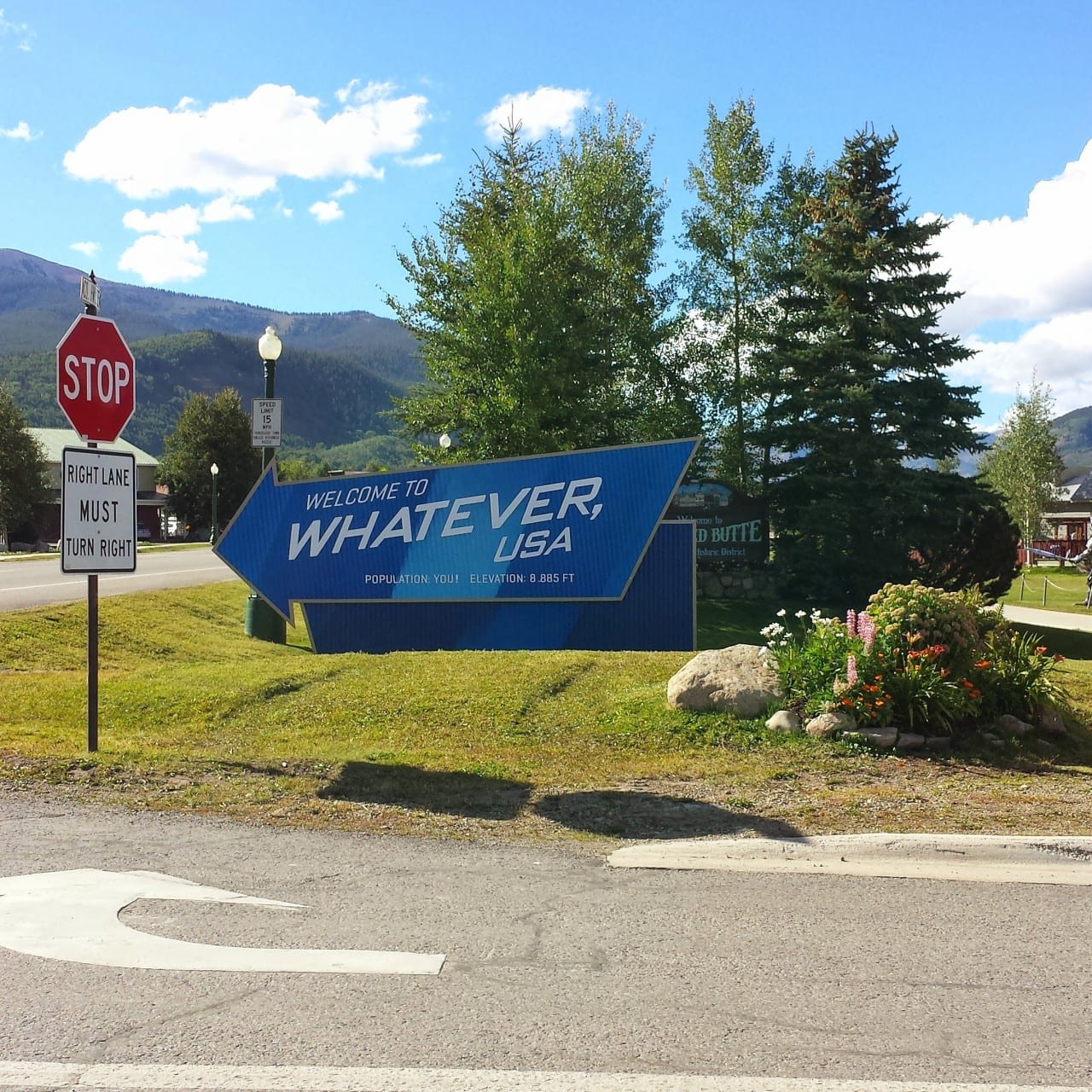 One of the biggest experiential programs of the year has finally been uncorked. Anheuser-Busch InBev this afternoon took its year-long Up For Whatever campaign to a whole new level with the unveiling of Whatever, USA, Bud Light’s takeover (and makeover) of Crested Butte, CO.

The beer giant earlier this summer announced the creation of Whatever, USA, a fictional town that would literally bring to life the successful Up For Whatever campaign that broke during the Super Bowl. More than 150,000 consumers across the country “applied” to visit Whatever USA via on-premise events and 10-second webcam submissions in which they were asked a series of light and lively questions (all content was posted online as the program grew). This week, 1,000 applicants were selected (at the last minute; after all, they pledged to be “up for whatever”) to physically come to the faux town… in Whatever, USA-branded planes and buses. Even gates at Denver International Airport were rebranded; departure monitors listed information and travel updates for Whatever, USA.

Carrying one of the largest production schedules and biggest operations workloads ever created for a consumer event campaign, Chicago hot shop Mosaic Experiential Marketing turned Crested Butte’s downtown into a Bud Light-branded town. Historic Elk Avenue was painted blue and all of the street’s areas, stores and restaurants transformed into activation venues for a three-day event featuring more than 100 events consumers can attend. The extravaganza kicked off with a reveal in which attendees walked with Whatever, USA’s mayor from one end of Elk Avenue to the other as experiences were revealed one by one, culminating in a private concert with Lil Jon. And that was just the beginning.

At every corner? A digital shadow. A proprietary app lets attendees keep track of what’s going on and digitally sign up for events. And Bud Light dropped its biggest social media blanket ever over the entire experience, amplifying an event for 1,000 to millions of consumers around the world. RFID bracelets are linking on-site interactions with attendee social feeds and scores of camera crews and high-flying drones are capturing it all.  Dozens of viral videos are edited and then posted in real-time. Whatever, USA has become the industry’s largest example to date of using an event as a mega content capture and distribution hub.

Look for more coverage later… but we had to give you a taste. The bar… has been raised.