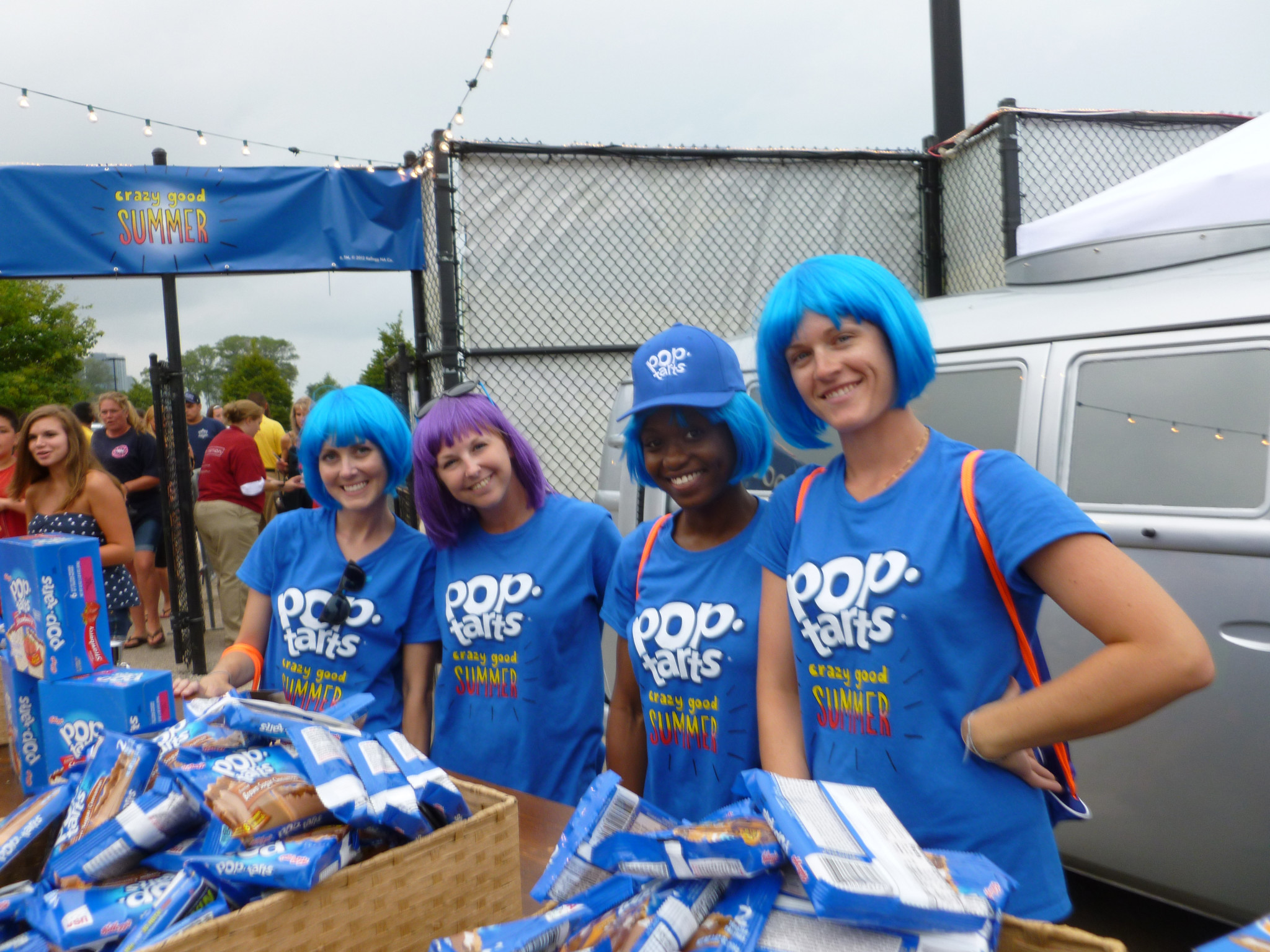 There’s a new breed of concertgoers emerging in this digital landscape—two out of every three of them has a smartphone, and more than half share content online. Kellogg’s Pop-Tarts is leveraging the power of these “digital concert groupies” through the free concert series Crazy Good Summer, a program designed to engage teens with their favorite artists in and outside the live music experience.

Pop-Tarts had been targeting adults with its marketing and advertising dollars, yet its largest segment of eaters is teens. Recognizing it could capture some of the adult consumer group along the way, the brand in 2012 turned to music—a universal teen passion point—using social media to create an ownable concert series that could become part of the brand’s DNA.

“If you think about concerts and teens, this offers a fantastic, once-in-a-lifetime experience,” says Dick Podiak, director-marketing for Pop-Tarts at Kellogg Company. “Everyone remembers their first concert, and we thought that if we can have Pop-Tarts bring that to them, then we are ultimately going to create lifelong fans.”

Tickets were distributed via a print-at-home system, handled by Ticketmaster, part of the Live Nation portfolio. Pop-Tarts teased a different promotional password on Facebook daily, and the first set of fans to click through and enter the password won a pair of tickets to the concert. In addition to tickets, there were prize giveaways such as weekly drawings of $50 in concert cash for Live Nation shows and a grand prize “open pass” to concerts for a year.

“The thing we keep talking about is, how great it is we have 4.7 million Facebook fans, but what are we doing with them? We felt like this helps keep them engaged with the brand, so that a ‘Like’ means something,” Podiak says. “The fan growth and engagement and the reach that we got through shares and re-tweets was very valuable for us.”

Live at the concert venues, all of the experiences were designed for social sharing. Teens walked a red carpet and posed for a Pop-Tarts step-and-repeat with three giant Pop-Tarts characters. They took photos with friends in a stand-alone photo booth, chose their favorite songs and competed to follow dance choreography at a Just Dance videogame activation, and they updated their social networks at an iPad station. Inside the show, fans’ live tweets streamed behind performing artists (Gigunda Group, Manchester, NH, handled).

The program, however, satisfied not only teens’ desire to see their favorite artists perform but also their desire to interact and engage with them. Through Facebook, Pop-Tarts and Live Nation linked to video shout-outs and promoted live Twitter chats with the artists. The Twitter chat with Carly Rae Jepsen alone generated more than 20 million impressions. And then there were spontaneous engagements, like Austin Mahone wishing a fan well after he learned through Twitter she had postponed knee surgery so she could come and see him perform.

Crazy Good Summer 2012 generated more than 140 million Twitter impressions for Pop-Tarts, 51 million unpaid Facebook impressions and resulted in 250,000 new Facebook fans. And it all translated into a five percent sales lift Pop-Tarts experienced during that period.
All of that digital momentum has paved the way for this season’s Crazy Good Summer, which kicked off June 12 with artists Hot Chelle Rae and Owl City in Atlanta. Pop-Tarts is super-sizing promotions this year with in-box “golden-ticket” giveaways and is offering a few new on-site concert experiences, like a temporary tattoo parlor—a photo sharing activation, of course.