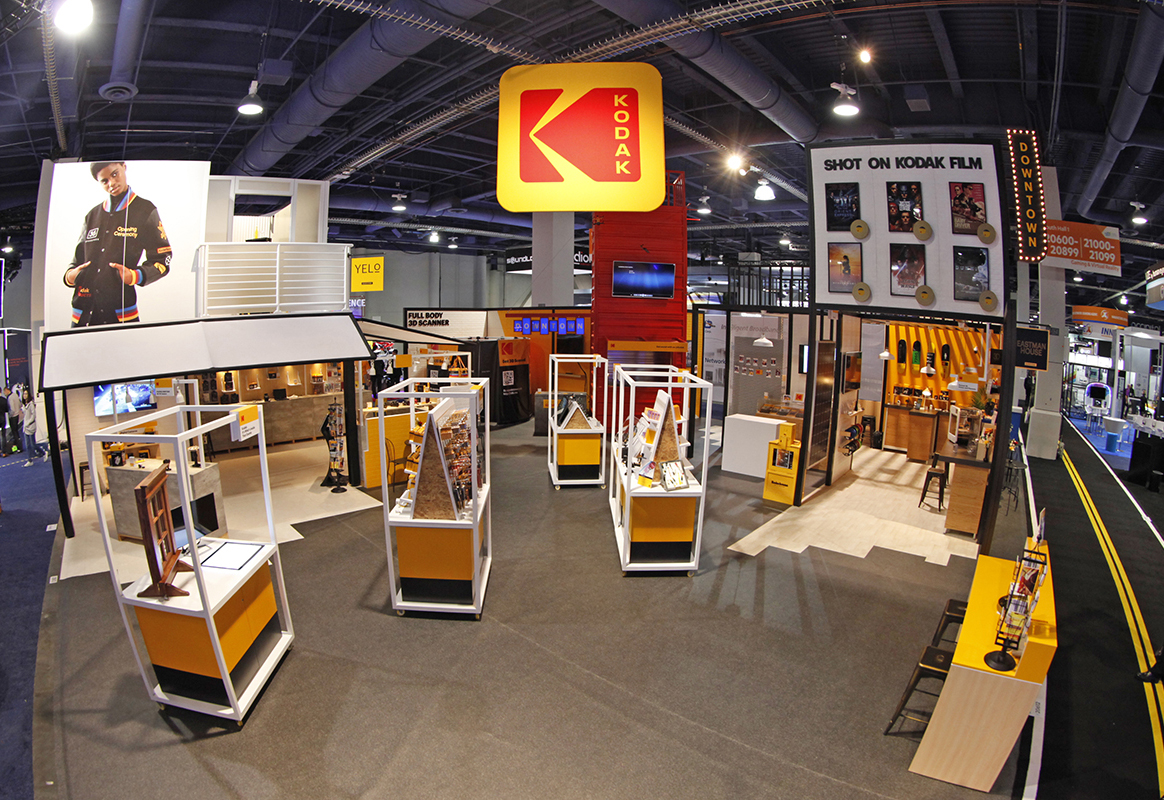 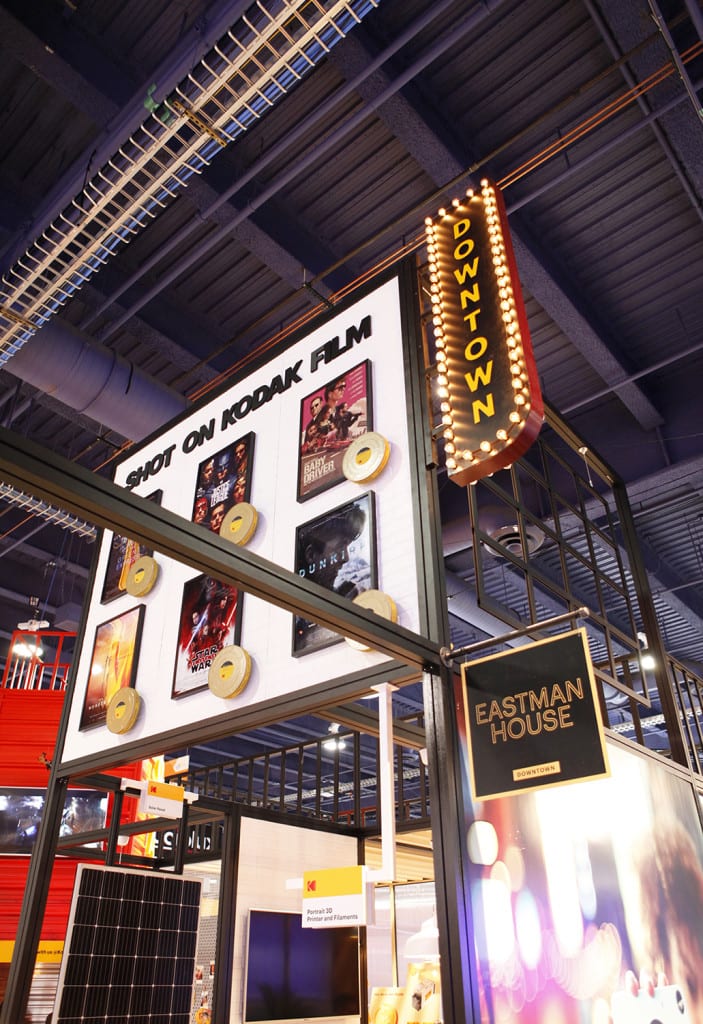 The ‘downtown’ theme helped categorize and highlight the full range of Kodak products.

Kodak unveiled an evolution of its urban-inspired stand at CES 2018, shifting its focus from professional users in the “Kodak Studio” last year to a broad range of creatives in this year’s “Kodak Downtown” footprint. The exhibit design, which has evolved over three years across multiple shows and activations, allowed attendees to experience Kodak’s entire product portfolio in three different settings inspired by downtown Las Vegas.

The design helped categorize and highlight the full and diverse range of Kodak products on the market, from KodakCoin cryptocurrency for photographers to Kodak Instant Print Cameras, drones, 3D printing, films shot on Kodak cameras, Kodak Smart Security Systems, Smart TVs and more. The environments included “Eastman House,” showcasing a range of products for the home, from security monitors to solar panels to a desktop 3D printer; “Yelo,” reminiscent of a high-end fashion house, which displayed consumer electronic products like the Orbit 360 and pocket projectors; and the “Downtown Market” space designed to show the breadth of Kodak’s product range, like the drones and batteries.

On top of product demos, the space included a full-body 3D scanner by Twindom in partnership with Kodak, which generated 3D printed figurines, 3D portraits and 3D selfies, as well as other daily activities and features, like a Facebook Live video op where attendees appeared to be broadcasting “from the moon.”

“One of the things I think really stands out is the energy and the buzz created by the environment and the people in it,” says Danielle Atkins, vp-brand and marketing, Kodak. “The challenge we have is to accommodate a large amount of product, and so we needed to create a space where everyone had their own fair share of voice, and so the market place ‘stores’ enabled some of our smaller brand licensees and partners to have their own spaces.” Agency: Jack Morton Worldwide, London/New York City.