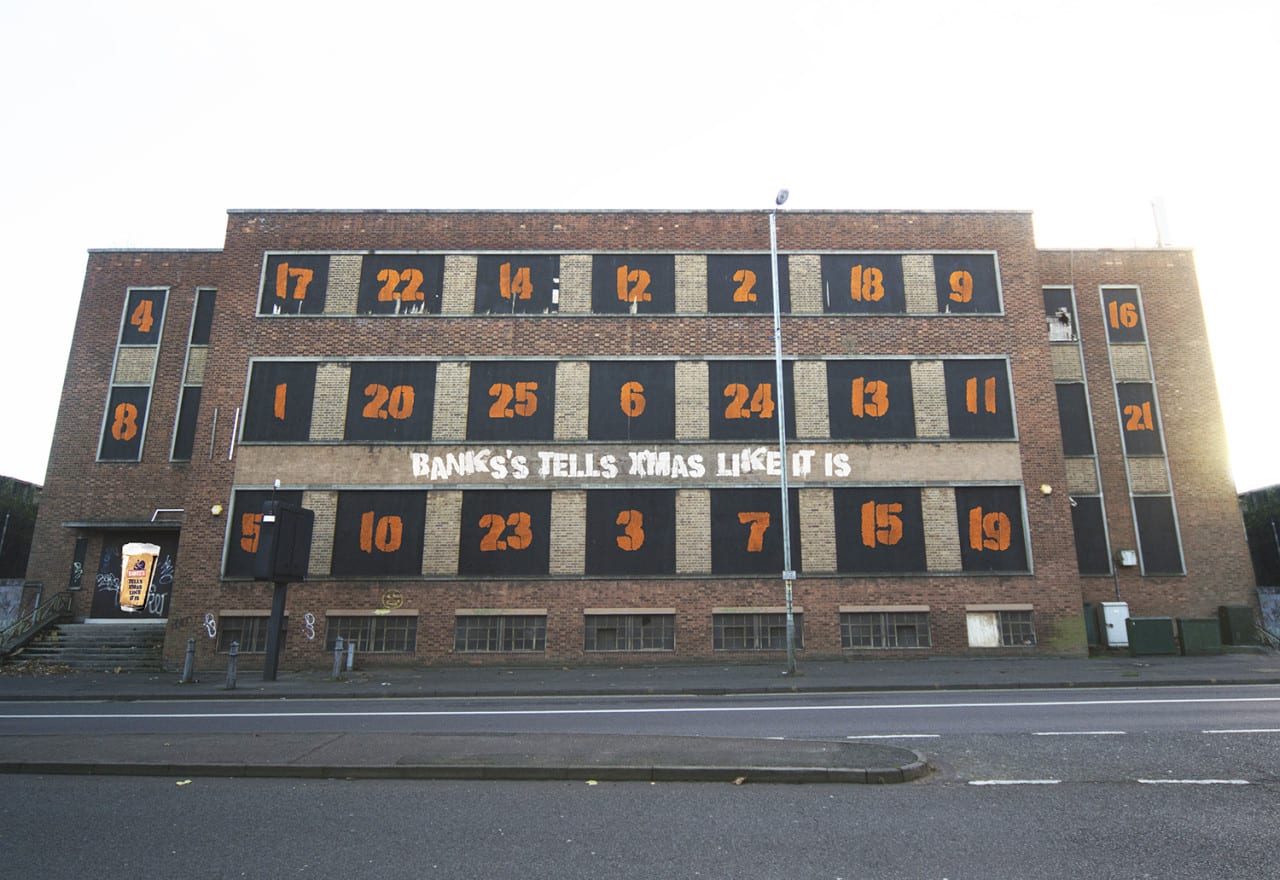 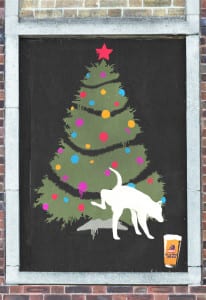 “Tells Christmas Like It Is,” combines the mindset of a graffiti artist and the gritty humor of its working-class roots.

British beer brand Banks’s on Dec. 1 launched a holiday campaign that replaces cheesy sentiments often associated with the season with tongue-in-cheek messaging designed to resonate with younger audiences. The effort, “Tells Christmas Like It Is,” combines the mindset of the graffiti artist and the gritty humor of its working-class roots with the traditional Christian Advent calendar to cut through the noise of Christmas advertising, all within the windows of an abandoned building in the brewery’s home turf of Wolverhampton, located in England’s West Midlands.

Banks’s Advent Calendar is the latest iteration in a larger “Tell it Like it is” campaign that is about defining and expressing what the brand stands for through an attitude that is true to its roots. “The people who represent the part of England where this brand comes have a no-nonsense approach to life that cuts through everyday hypocrisy. Banks’s Beer is part of that community and shares the peoples’ values,” says Gaynor Green, marketing manager at Marston’s Brewery, which owns the brand.

Banks’s take on the traditional Advent calendar uses each of the boarded-up building’s 25 windows to reveal a Christmas-themed graffiti design and commentary that runs counter to the season’s cultural conventions. The first window to open shows a piece of mistletoe with the words “Marriage Wrecker,” written beneath. Another shows a sad snowman wearing a top hat and an unfortunate yellow stain (you know what that’s from!) on its side. Another advises, “Start Practicing Your ‘Just What I Wanted’ Face.”

“While Christmas is a time for celebration, it is also a time when people become frustrated with both the commercial aspect of the festive season and the repetitive behavior forced upon them year after year. The Banks’s Advent Calendar captures those topics while adding a touch of humor,” Green adds. Agency: Big Al’s Creative Emporium, Soho, London, U.K.