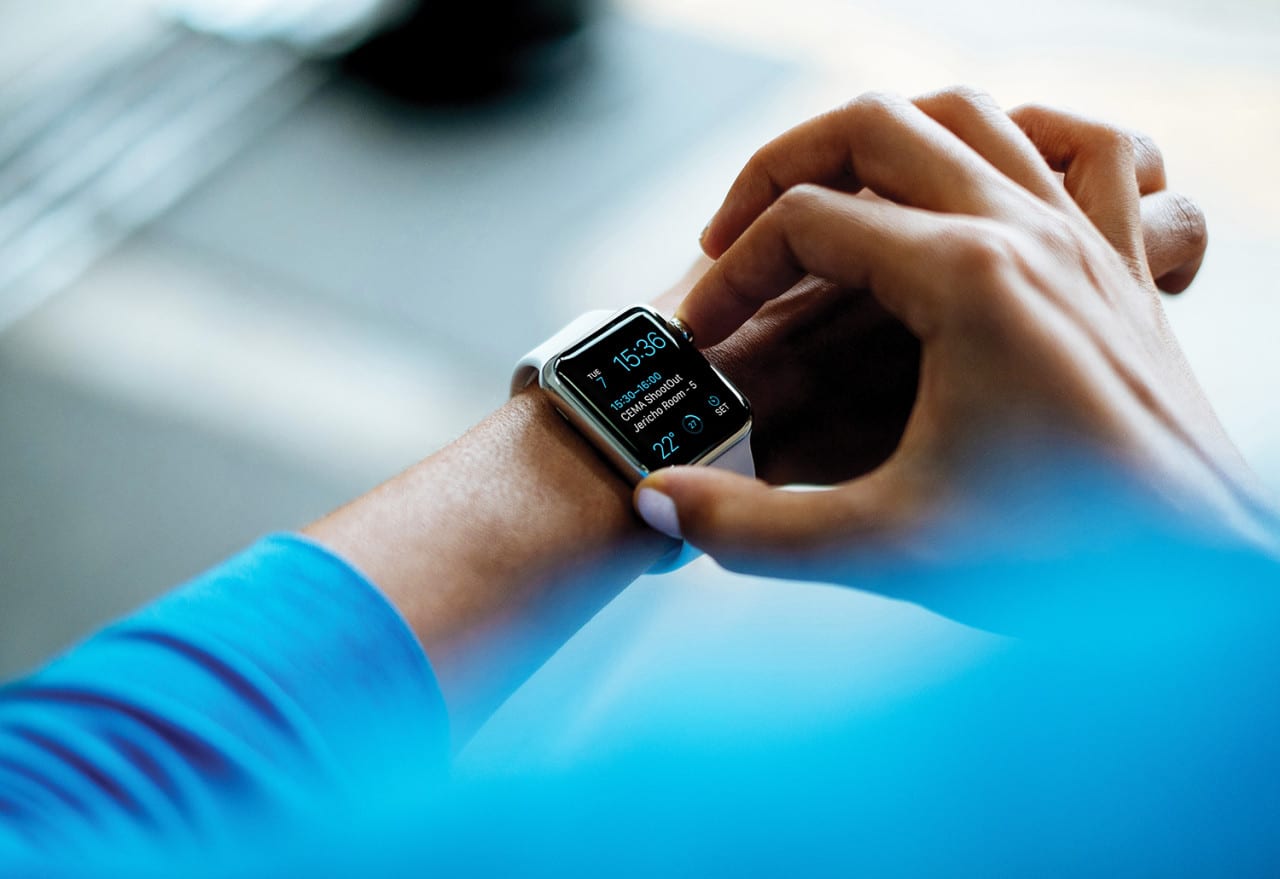 Five Predictions on How Smart Watches Will Impact Events 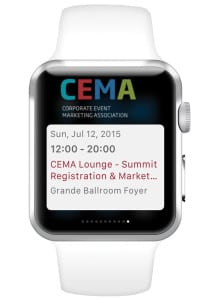 CEMA’s event app synched to an Apple Watch app, which gave attendees access to their personal schedules as well as push notifications.

You’ve got one. Your neighbor can’t stop talking about his. And more and more, you’ll find that your attendees have them, too. We’re talking smart watches, and with the release of Apple Watch last April followed by its much anticipated system update in September allowing developers to design apps specifically for the watch, event marketers have a bit more thinking to do when it comes to app integration on-site at events.

“Beacons are fun and augmented reality may be a lot sexier, but in the long run the smart watch will be ubiquitous,” says Jeff Epstein of Vancouver-based QuickMobile, which developed what it called the industry’s first Apple Watch app integration for the 2015 CEMA Summit.

For iPhone users, CEMA’s event app synched to an Apple Watch app, which gave attendees access to their personal schedules as well as push notifications. In Glance View mode, attendees only saw information immediately valuable to them, like the next event in their schedule. The view changed in real-time as the day progressed. In Schedule View, attendees saw all of their chosen tracks by color code. They could swipe through their schedule, or use the Apple Watch’s digital bezel to scroll. The view in the watch updated in real-time when attendees edited their schedules.

Here, five things to keep in mind when preparing your events to connect with wrist-based devices:

1. It will change the way we network… in a good way

Imagine a quick flick of the wrist, rather than digging into a pocket for your device. Imagine being able to shake hands while carrying a beverage. And imagine that “looking at the time” will no longer be considered a social faux pas. “The second screen, and that natural ergonomic experience that people have with their wrists over their hands and their pockets, is going to be a game changer,” Epstein says.

2. You will be able to do more, and track more

In September, Apple rolled out the new Apple Watch SDK (software developer kit) via the iOS 9 system update that app developers had been drooling over in anticipation. The rollout now allows developers to create apps specifically for the watch. This opens the door for marketers to better understand how event attendees are engaging via an event app directly through the watch device. Before, when an attendee used the scheduling functions on an event app, marketers wouldn’t know whether that was use of the schedule from the watch or the iPhone.

3. Personalization will become as ubiquitous as the watch

From stylish, personalized designs to “micro-mobile” moments accessible by a flick of the wrist, to more human-to-human contact and less eye contact impediments, the rise of the smart watch means the rise of building the most personalized digital event experiences yet. By releasing event apps early, attendees can get inside and begin personalizing their experience prior to arrival. Once on the ground, their schedules and interactions are fully customized, and networking can commence.

4. You’ll need to rethink how you present media, like videos

Apple Watch launched with Twitter’s popular Vine mobile video app, but with the release of the new SDK, video is among the media compatible with the device. However, app vendors and event marketers looking to incorporate bite-sized video into an Apple Watch app will need to be careful about what kinds of video they produce given the size of the screen and ease of viewing, as well as the format. (The Apple Watch currently comes in sizes of 38 or 42 millimeters.)

5. You’ll be able to integrate with other technologies

One thing is for certain—push notifications will reign supreme when it comes to the integration of Apple Watch (or smart watches in general) in the event space. In addition, expect more integrated experiences with bar codes, QR code scanning, check-in and lead retrieval from the device. According to multiple reports, Apple is expected to hold an event in March to launch Apple Watch 2, in addition to other device rollouts. Macworld reports the watch could have a better battery life, a FaceTime camera and will be “less reliant” on the iPhone. It is safe to say… time will tell.