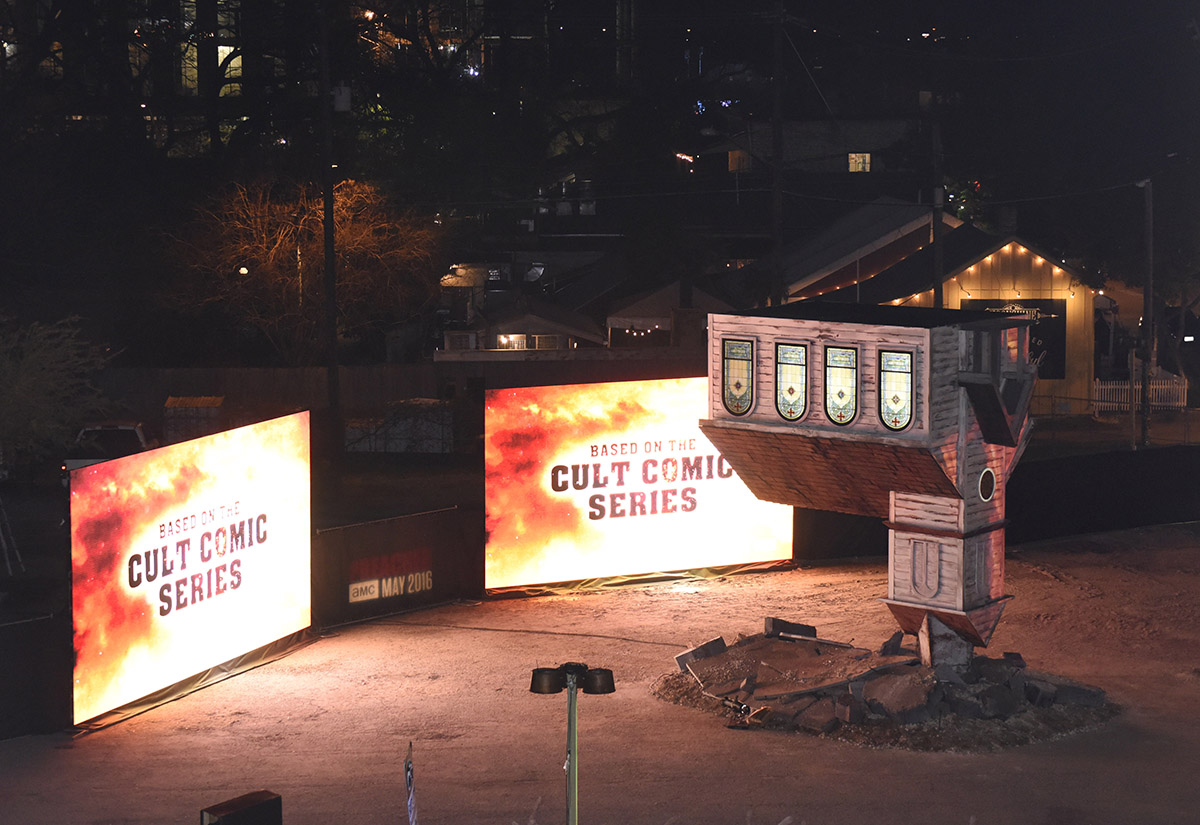 AMC kicked off the consumer marketing campaign for its new series “Preacher” at SXSW with an installation depicting the upside-down world the characters inhabit. Based on a cult comic book franchise, the series is a dark comedic drama that follows West Texas preacher Jesse Custer who has unusual powers. Located on the corner of Red River and 4th streets in Austin, the activation, and other festival efforts, took place March 11-15 (InCharge Entertainment Marketing, New York City, handled).

Inside the three facets of AMC’s strategy on the ground in Austin:

AMC dropped a 20-foot-tall upside-down church installation in a high-traffic area of Austin designed to draw attention, drive shares through social posts and act as the backdrop of autograph signings and other buzz-worthy visits. Two large video panels displayed clips and teasers for the show. Worth noting: the authentic looking signage for “All Saints’ Congregational” with the subdued #PreacherJesse and #WelcometoAnnville call-to-action hashtags and @PreacherAMC handle.

CHECK OUT A VIRTUAL TOUR OF THE ACTIVATION HERE

The installation wasn’t static, however. AMC added a digital, immersive overlay to the experience and throughout Austin. Fans on Snapchat would find special “Preacher” filters near the church and a theater screening that allowed them to immerse themselves in “Preacher,” like depicting them in the special collar and shirt of Jesse the preacher in the series in their snaps. In addition, by tweeting out a photo of themselves at the installation with the promoted hashtags, fans would receive a reply with first-look photographs from the series from AMC.

“For us, this was about igniting that core fan audience, of the comic book and the writers and actors, and triggering all of this with social overlays; taking advantage of the social literacy of that audience and fandom,” says Linda Schupack, evp-marketing for AMC and SundanceTV.

All of these activities helped drive buzz for the world premiere screening of the pilot (which airs May 22) with executive producers Seth Rogen, Evan Goldberg and Sam Catlin and cast members Dominic Cooper, Ruth Negga and Joseph Gilgun followed by a panel discussion at the Paramount Theatre on March 14.

“We were able to give consumers and fans an experience where they could celebrate the fact that they are a part of this series’ community, and since they will be marketing evangelists for the show moving forward, it was a perfect way to kick off our efforts leading up to the premiere,” Schupack says.