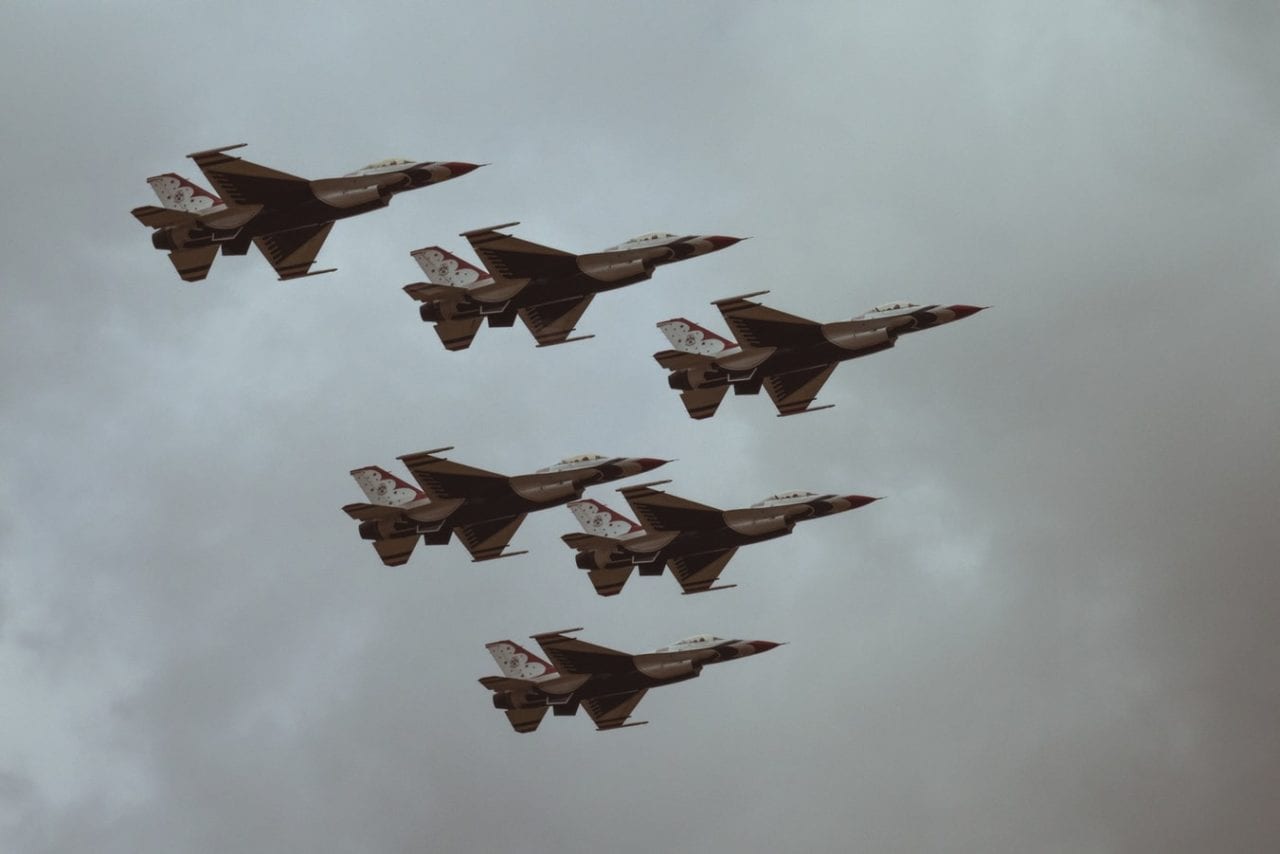 Army Navy Air Force Marines. The one thing the four branches of the armed forces all have in common is aggressive recruitment goals. But for the Air Force the pitch is markedly different. “We’re the technology brand ” says Master Sergeant Deshaun Woods the Air Force’s interactive account executive. “We’re about air space and cyberspace.”

To help deliver its tech-focused message on its Do Something Amazing mobile tour and to reinforce the message that it’s the career choice for young men and women into the newest gadgets and toys the Air Force is tapping into the latest and greatest cell phone technologies. At supercross races and NASCAR events the program which features a full-sized F-16 Fighting Falcon a 20-seat movie theater and an Extreme Equilibrium simulation experience is testing new text messaging Bluetooth and Quick-Response-Code tactics to engage its cell-phone addicted 16-25-year-old target.

We Want You!
For attendees carrying Bluetooth-enabled phones set to receive messages small transmitters (about the size of a land-based telephone) set around the footprint of the exhibit send out text messages pinging attendees and inviting them to swing by and “check out what it’s like to do something amazing.” For Bluetooth-enabled phone carriers with their phones set to block incoming messages and for people carrying phones that only send text messages and take photos the Air Force uses signage throughout the exhibit inviting them to send text messages to USAF1 and immediately download games ringtones wallpapers and videos.

Getting Air Force-branded content on as many phones as possible is central to the strategy. “When a person comes to an event they may cruise by our booth and speak to a representative then walk away and perhaps forget ” says Woods. “But if we offer this engaging product—this tool so to speak—for them to download a potential application or buzz them with a text message when they get back to their home town they didn’t leave it behind. It’s actually still with them.”

Bluetooth-anchored backend data collection allows the Air Force to see what attendees are texting most and can give insights into which messages and offers work and which don’t. Bluetooth transmitters allow staffers to program messages so that 10 minutes into the average 15-minute attendee walk-through messages are sent reminding them to stop by a kiosk to pick up a t-shirt or brochure. (Agencies: The Marketing Arm Dallas; GSD&M Austin TX.)

Get Ready For QR
One brand-new import from Japan being used on the tour is QR Code or Quick Response Code. It allows people with camera phones to snap a picture of a bar code and instantly receive information. (In Japan consumers can snap a code at a bus stop for example and get up-to-the-minute arrival times.) The Air Force uses its signage to walk attendees through a quick download of the QR application. Once it’s on the phone they can snap the codes posted around the exhibit’s career kiosks to get instant downloads of documentary-style videos about Air Force careers. No one else in the U.S. is using QR Code yet which is precisely why the Air Force is. “When this explodes we’re ready ” says Woods. “We’re not playing catch-up.”

The Air Force incorporated the cell phone-based campaign into its touring exhibit in April at the Texas Motor Speedway in Fort Worth. If the program is a success new features such as a recruiter locator will be added. (Text your zip code and a local Air Force recruiter contact comes up.) Instead of driving potential recruits to web sites after an event the Air Force also appeals to its audience’s need for instant gratification by placing text codes on JumboTrons and stadium signage. “People are using phones for everything nowadays and we want to make sure our products are out there and readily available for when that big shift happens ” says Woods.

According to Aaron Watkins vp-business development for the Air Force’s mobile marketing provider Ipsh! the Air Force is right on course. “This campaign is the most technologically advanced integrated mobile campaign ever done in the U.S. ” he says. Up up and away.